A dog licking itself is natural behavior. Most of the time, licking is a sign of a healthy dog simply cleaning itself. Maybe Daisy muddied her paws on a walk or rolled around in some dirt outside and is licking to keep a clean coat. However, excessive licking may be cause for concern, and many pet owners find it difficult to distinguish between healthy licking and unhealthy licking. Acral lick dermatitis (ALD) is an example of unhealthy licking in dogs—and could be a sign of underlying ailments. 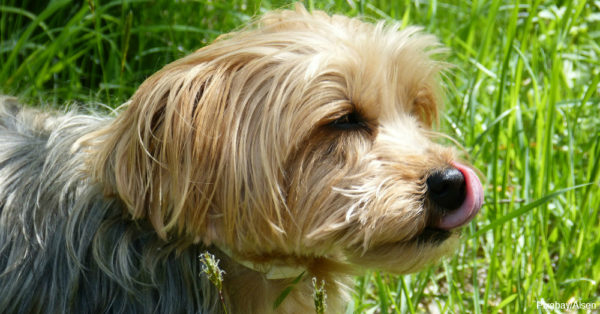 ALD occurs when a dog chronically licks a certain area (or areas) of its body. Over time, compulsive licking causes hair to fall out and eventual skin inflammation. As a result, the skin thickens and becomes itchy, forming a raised lesion, which in turn causes the dog to lick more. This process repeats itself like a feedback loop because the wound is unable to heal. While the itchy, inflamed skin is bad enough, infections are a serious side effect of ALD—as are damaged hair follicles and subdermal glands.

According to Healthy Pets, physical causes of ALD include trauma, post-surgical complications, allergies, osteoarthritis and nerve damage. Fungal infections and fleas or mites can also cause ALD. Routine clinical procedures such as X-rays, skin biopsies and cultures can determine whether the cause is physical and can inform the necessary treatment. WebMD states that some instances of ALD are hormonal and require endocrine testing. Most cases of ALD are bacterial in nature and treatable with antibiotics. 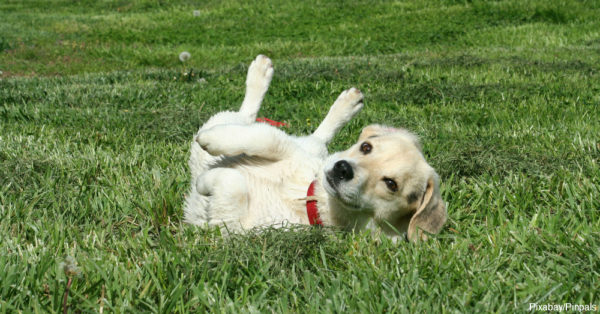 ALD that does not have a physiological explanation may be psychological in nature, such as obsessive-compulsive disorder (OCD). Emotional trauma can be enough to trigger OCD in some dogs. In addition, lack of exercise often leads to unnecessary stress. In extreme psychological cases of ALD, anti-depressants and anti-anxiety drugs may be the only option left. Owners should take care to use psychoactive drugs on their pets only when all other options fail, as the side effects of these drugs are not insignificant. One of the best services an owner can do for her pet is to be attentive at all times to the animal’s needs, both emotional and physical. Since animals are limited in their ability to communicate, it may be difficult for them to signal their pain or discomfort. Sometimes even the best owners misread an animal’s needs. Be proactive and don’t take any abnormal behavior lightly. After all, the inconvenience of a veterinarian appointment never outweighs the suffering of a beloved friend.