A kidnapped California teenager was recently returned to the safety of her family thanks to the efforts of a dog named Deja, a member of the San Bernardino Sheriff Department’s K-9 unit. 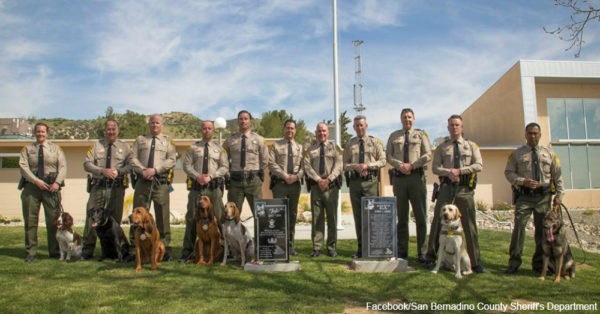 As ABC 7 reports, law enforcement officers were summoned to a home in Twin Peaks in the early morning hours. According to a woman at the residence, her young granddaughter had been taken out of her home against her will by a man later identified as the girl’s boyfriend. After a nearby witness reported seeing a screaming female being dragged into the woods, the situation seemed even more ominous. Aware of the urgency of tracking down the endangered girl, deputies requested assistance from the Sheriff Department’s K-9 unit.

After scouring the area, law enforcement officers noticed drag marks that led into the woods. The victim’s purse was located on the ground nearby. According to KTLA, when Deja arrived on the scene with her handler Josh Stone, the pair immediately got to work. 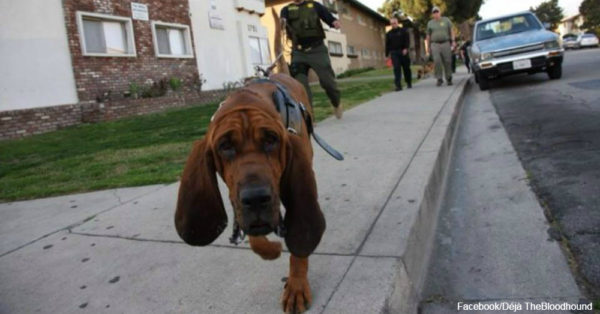 Stone gave the dog an item of the girl’s clothing that still contained her scent. The trained tracker dog immediately picked up the girl’s trail and led police through the woods and to a nearby home. Deja stopped at the front door of the residence and refused to budge. Law enforcement officers forced their way inside, where they found the 16-year-old girl and her male abductor.

The suspect, identified as 18-year-old Logan Padberg, was arrested. He was subsequently charged with kidnapping, domestic violence and other crimes. Thankfully, the young kidnapping victim was safely released to the custody of her mother. Some shelter dogs escape euthanasia thanks to a program that trains them as K-9 dogs. K-9 unit member Deja came to the rescue when humans needed her help. Contact your local animal shelter to learn how you can help animals in need.