Everyone’s heard about a dog being man’s best friend. Here’s a story about a dog who was nearly man’s best man. The Baltimore Ravens’ center Jeremy Zuttah would have made his dog Ace his best man if he could have delivered the traditional toast. So Ace, who looks like a pit bull, had to settle for being one of the groomsmen. Like other groomsmen, he had to train for the June 2016 ceremony and get fitted for a tuxedo. The video on The Caw shows him walking down the aisle with aplomb, albeit on a leash wielded by Zuttah’s brother Jeff. 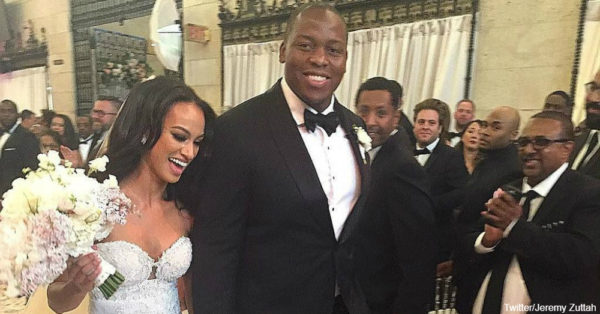 Ace is also beloved of Zuttah’s wife Heran. He has been the couple’s constant companion since before they were married, and Heran was eager to have him as part of the ceremony. At first, Heran and Zuttah wanted to be married at Baltimore’s City Hall, but the powers that be would not allow Ace into the building; the venue was duly changed to the Under Armour Performance Center Gym, says Huffington Post. The popular workout location was converted into a beautiful wedding site for the evening. 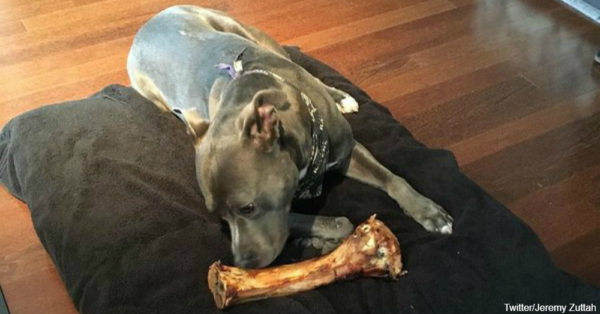 Learn more
Both of the Zuttahs are known for their commitment to animal welfare and animal adoption, and Zuttah is a participant in Baltimore’s “Show Your Soft Side” campaign, which features posters, billboards and print ads of well-known tough, burly men cuddling their pets, says Huffington Post. The campaign was started in 2009 in response to a terrible rise in animal abuse, including one instance of a group of teenagers setting fire to a pit bull who later died of her burns. Animal lovers Jeremy and Heran Zuttah couldn’t bear to be married without their dog Ace in attendance. Once in a while, though, a dog finds itself participating in nuptials of its very own.