April Hamlin woke up one Saturday morning in the tiny town of Elkmont, Alabama, and as she usually does, let her hound dog Ludavine out to relieve herself. The next thing she knew, her dog was being honored for finishing the town’s half-marathon in seventh place. Ludavine lives on a 40-acre farm with April. Being a bloodhound, her roaming instinct is strong, so the town’s residents are accustomed to seeing the dog about town now and then. But on that morning, Ludavine’s travels took her to the starting line of the race, and when the runners took off, so did she. 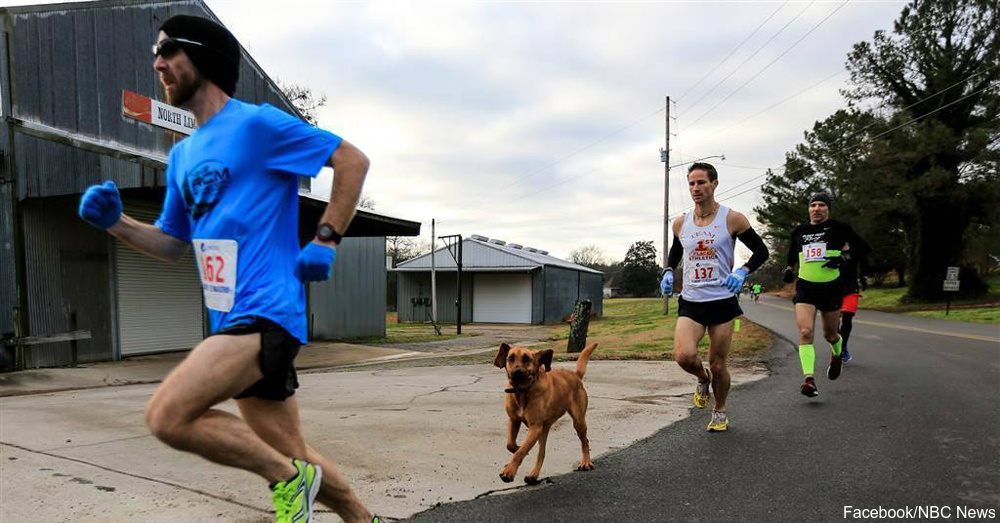 Ludavine not only completed the entire 13.1 mile marathon alongside the human competitors, but she finished in seventh place even after stopping at several points along the way to investigate smells and socialize with nearby cows. An amazed April was summoned to the finish line by friends to congratulate her pup and witness the award ceremony where Ludavine received a medal. She was stunned, because she says that Ludavine is usually a lazy dog despite her tendency to roam. 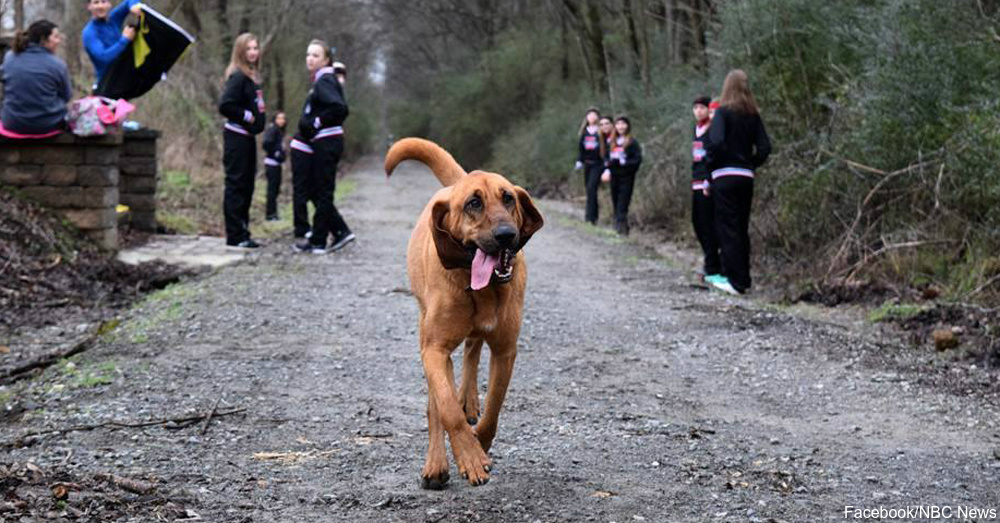 The dog’s accomplishment wasn’t just a feel-good story for one day. Since the race, Ludavine has been honored as the “First Dog of Limestone County” by the county commission. In Ludavine’s honor, Elkmont officially renamed its annual race, which benefits the local high school, as “The Hound Dog Half.” And the pup now has her own Facebook page. Since Ludavine’s race, April has taken measures to keep her pup safe, such as having a hidden fence installed on her property and having a microchip implanted at the vet’s office None of this will stop Ludavine from running again, though. April has signed her up to participate in more races for charity to bring attention to their causes. Read about another dog who captured hearts by running a race in China.