Dogs aren’t just the stars of YouTube videos anymore. A new festival celebrating the bond between humans and canines has been making its way across the country, from New York to Los Angeles to Seattle. Featuring short, family-friendly films, the Dog Film Festival seeks to educate viewers about dog adoption, wellness and other issues while highlighting the unique relationship between dogs and their owners. 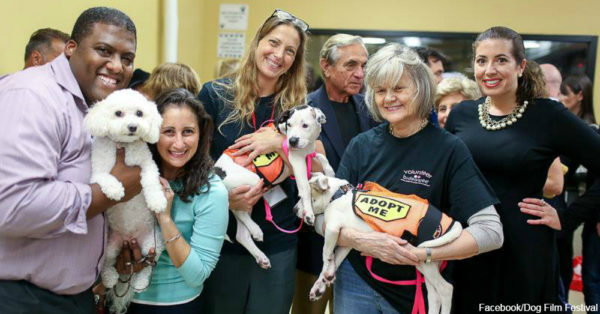 Debuting in New York in October 2015, the Dog Film Festival was the brainchild of pet advocate and radio host Tracie Hotchner, who created the festival as an extension of her Radio Lady Pet Network. Hotchner intended the festival to serve as a response to the Internet Cat Video Festival, which she saw as exploiting and making fun of animals. Searching for more thoughtful animal films, Hotchner was surprised to find a range of insightful, emotional movies centered on dogs, including both fictional works and documentaries. 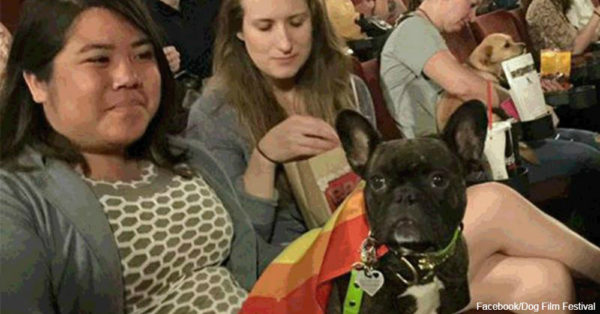 Featuring two distinct 90-minute portions, the festival showcases a range of dog-related films, ranging from lighthearted comedy to serious drama. “The Lewis Lectures,” narrated by Jack Black, speculates on what dogs get up to while their owners are away from the house. At the other end of the spectrum, the touching “A Boy and His Dog” details the relationship between a boy with a degenerative muscle condition and a three-legged dog that survived a terrible accident.

Hotchner hopes the festival inspires and entertains viewers. The 2016 Dog Film Festival is dedicated to Joan Rivers, Hotchner’s godmother and a dedicated animal lover. Partnering with the Petco Foundation and the Pet Philanthropy circle, two organizations dedicated to pet adoption and education, Hotchner stipulates that local shelters and rescue operations receive a portion of ticket sales in cities where the festival plays. The Dog Film Festival isn’t the only place to see astonishing dog cinema. Check out The Present, a short film about a boy and his dog that’s won 50 awards at various film festivals.