When Nick Karagianis took his black lab Capone on a 2 a.m. walk in his Indiana community, he never imagined that Capone would end up running off and getting himself in a heap of trouble. The events that ensued after Capone’s leash became entangled around a telephone left Karagianis wishing he’d opted for microchipping his precious pooch, but fate stepped in and saved the day. After Capone’s leash became wrapped around the pole, Karagianis untangled it, unknowingly slipping off Capone’s collar in the process. 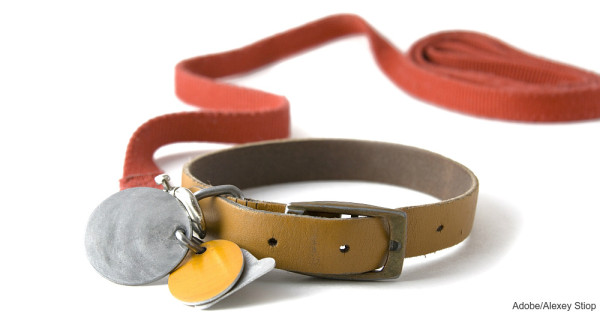 The adventurous dog took off, and despite Karagianis’ efforts to find him in the dark streets, he was nowhere to be found. Karagianis gave up the search and returned home to wait it out.

Fast forward a few hours, and staff at Indiana’s Community Hospital Anderson notice a new patient in their midst — Capone. The courageous lab pup arrived alone and with injuries, including a laceration above the eye and injuries to the neck, shoulder and paw, potentially from being hit by a car. 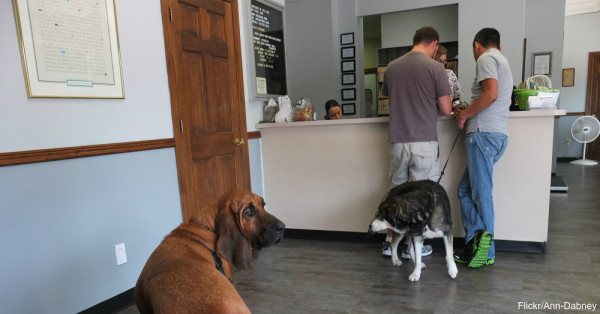 Caring staff acted quickly, making the dog comfortable with blankets and giving him water while simultaneously posting his photo on the hospital’s Facebook page in an effort to find his owner.

When Karagianis saw the post, he was overjoyed to collect his pup from the vet, where Capone had been taken by hospital staff. Capone’s injuries are expected to heal completely. The hospital staff, smitten by their super-smart canine patient, decided to pay the fortunate pup’s medical bills, provided his owner agreed to microchipping Capone in case ever finds himself in a similar predicament. Although Capone’s story had a happy ending, not all pets are so lucky. Of the more than eight million animals that end up in rescue shelters each year, only around 15 to 20 percent of dogs and just 2 percent of cats ever see their owners again. Microchipping can greatly increase the odds of finding a missing pet. The procedure to get a microchip implanted in a dog or cat is simple and widely available at most vets’ offices. It involves the insertion of a tiny chip, which is around the size of a grain of rice, under the skin. The chip contains identifying owner contact information, making it easy for rescue centers and others to reunite lost pets with their owners. Read more tips for keeping your pets safe.