A despicable act of animal cruelty has rallied Detroit, Michigan residents, animal rescues, and anti-violence groups come together for the greater good. They’re offering a $1,500 reward for help rooting out a man who encouraged his dog to maul a mother cat and her kitten.

The attack was caught on home surveillance. The man is seen actively encouraging his dog to attack the stray cats, and later celebrating his attack. The mother cat was able to get away, but the kitten was left behind, and quickly torn apart by the dog.

On the video, the man is audibly egging on the dog, telling the canine to ‘Get it, get it.’ 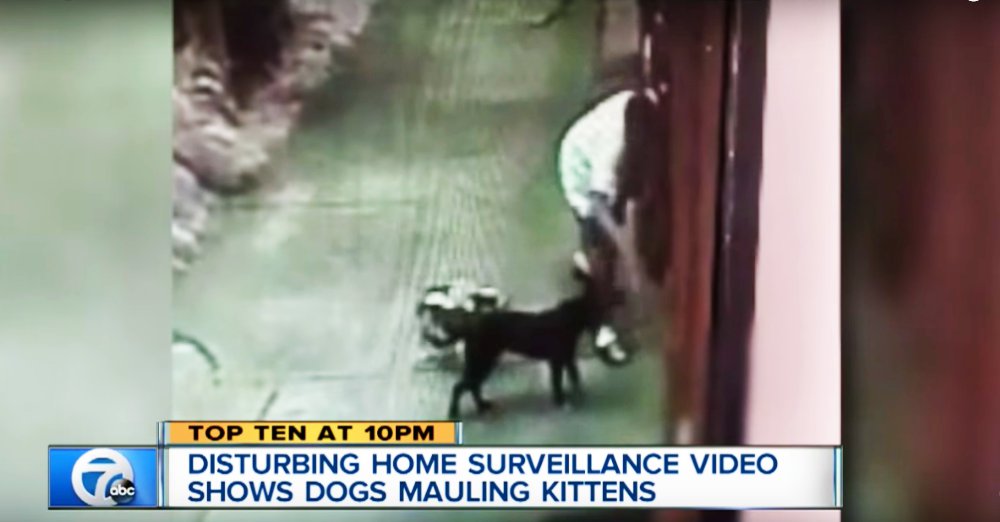 Kristina Rinaldi, executive director of the Detroit Dog Rescue, was shown the video, and immediately knew that it was vital to find the owner and his dog. While he will presumably be charged with animal cruelty, Rinaldi expressed an even greater concern. Citing attacks by ill-trained animals, including the fatal mauling of a 4-year old boy last December, Rinaldi feels that the dog needs to be rescued from the owner, and both need to be off the streets before any more violence occurs.

“This is a really extreme and scary case because what we’re seeing is someone actively chasing down an animal with his animals,” Rinaldi said. “This is an animal that’s being actively trained to attack. What we’ve learned through years of studies and psychology is that people who hurt animals, go on to hurt people … You’re a very scary individual that should not be on the streets of Detroit.”

Anyone with information is asked to call Detroit Police or Detroit Dog Rescue at 313-458-8014.

The video below does contain footage of the attack, which is graphic.