Shirley “Cha Cha” is a playful, 2-year-old pit bull looking for a forever home. While she spends time at her shelter, handlers and volunteers teach her sign language so she can communicate with her new owners. Although Cha Cha is completely deaf, she is a fast learner. 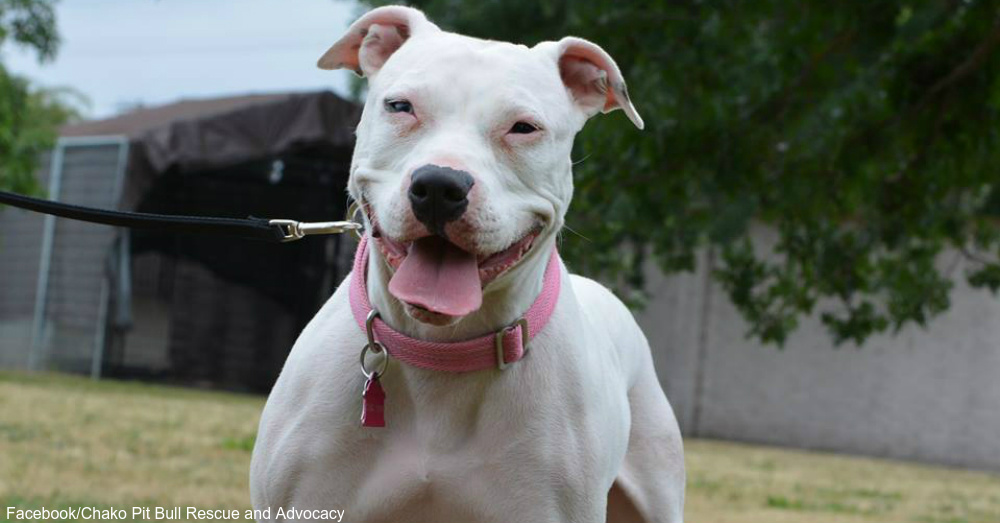 Cha Cha loves to chase things (especially cats) and has plenty of tail-wagging to give a forever home. Chako Pit Bull Rescue and Recovery in Sacramento, California, has taught her to sit, stay, lie down and come using sign language. This beautiful dog already had one home, but she didn’t get along with the cats that were already in the household. Cha Cha came to the shelter with a broken leg that never healed properly, but she’s a wonderfully trained pup who is ready for a forever home.

Deaf dogs are extremely trainable so long as trainers use the right techniques. The training video shows a series of hand gestures that Cha Cha responds to right away. All the owner has to do is get the dog’s attention by tapping her on the back as opposed to calling out to her verbally. After that, it’s just a regular pattern of signals combined with some treats as rewards. 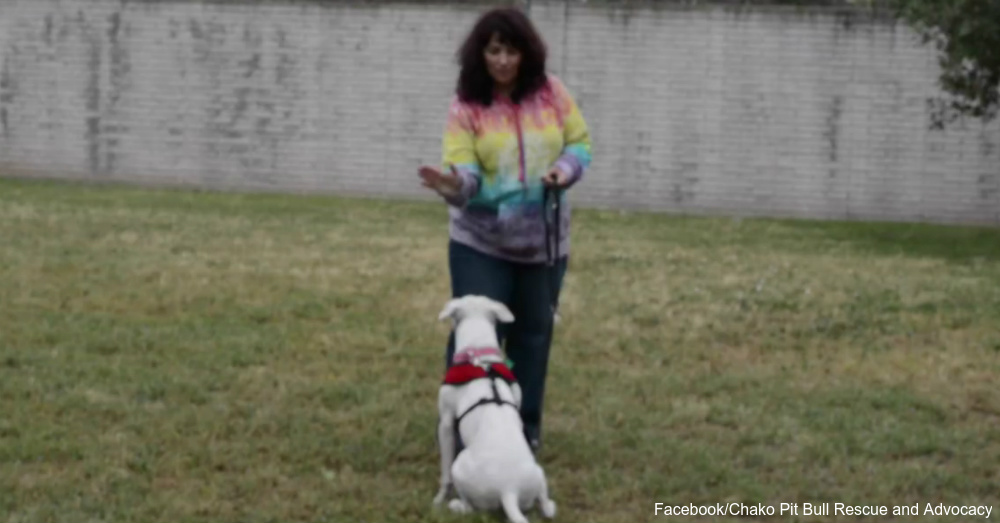 In central Nebraska in 2014, a 3-year-old deaf pit bull named Rosie came to a shelter in need of a forever home. After a shelter volunteer trained her on hand signals, Rosie’s intelligence came out, and it was as if she was a new dog. Cindy Koch found a kindred spirit when she adopted Rosie; Koch, like Rosie, is also deaf. Koch always wanted a deaf dog, and the two have a lifetime of love ahead of them. Hopefully Cha Cha’s story is equally as fulfilling and compelling. Watch what happens when this deaf pit bull’s owner comes home from from active duty with the Oregon National Guard. Just look at that tail wag!