Phil, a malamute and social media darling from the Instagram account Lifewithmalamutes, has taken cuteness to the next level. It all started when Phil served as the best man at his owner’s wedding. The dog’s custom-made bow tie, in addition to his soulful eyes and plush coat, made female hearts flutter across the internet. Phil’s owner decided it was time for his dog to find love of his own, so he created a Tinder account for his pup. Now, Phil seeks the closest thing to heaven that a dog can experience: the perfect belly rub. He’s had more than a few entertaining conversations with his matches as he tries his hand — er, paw — at the world of online dating. Here are some of Phil’s exchanges from Tinder while seeking that pair of magical hands to make his tail wag.

8. Belly Rubs On The Side

Someone’s ready to get down to business! Phil offers to bring his bow tie while his admirer offers to bring her fingers and milk biscuits. A magical night is sure to follow … as long as Bridget’s own dog doesn’t figure out that she has another dog on the side. 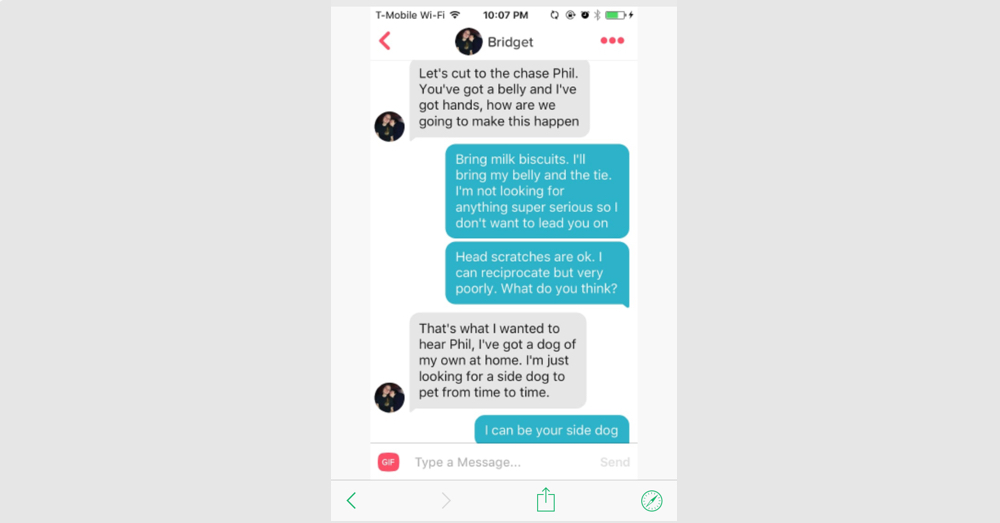 Phil gets into his groove with a conversation about playing fetch. Hopefully, this conversation will steer toward belly rubs soon enough. 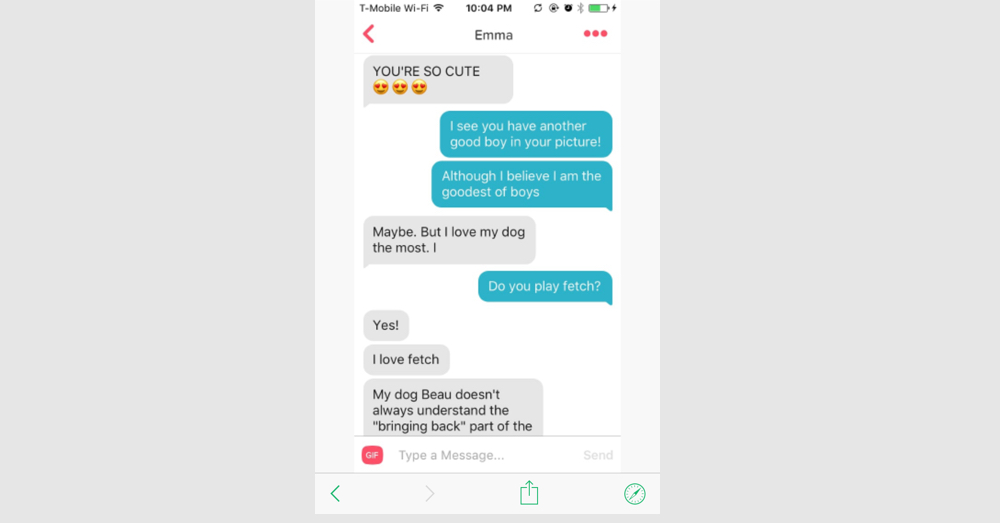 Not all dogs are created equal, and Phil tries to separate himself from the rest of the pack with his smashing bow tie and adorable doggy grin. Whether or not it works is a private matter between him and his potential connection, Becksy. 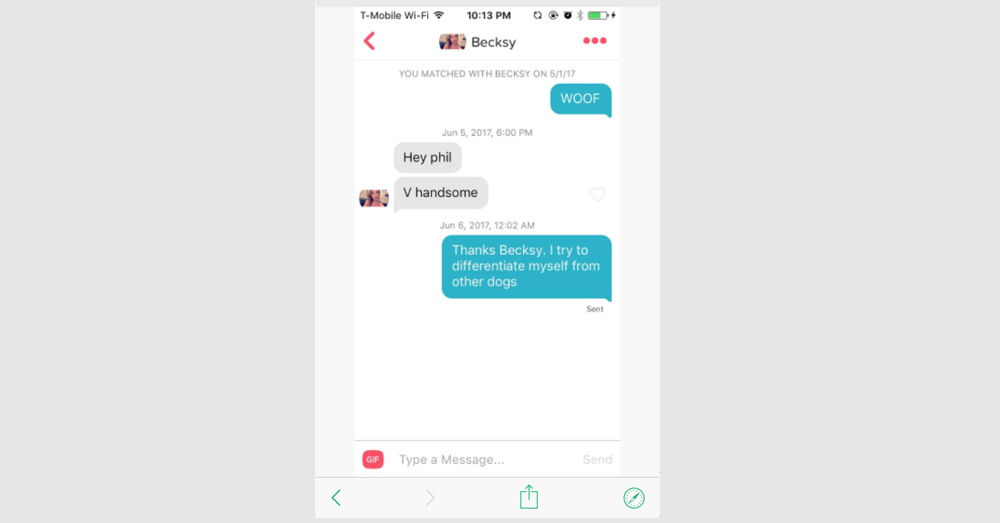 Sophia offers all the belly rubs, and Phil is won over. He immediately offers marriage in return, because really, how can you beat all the belly rubs? The marriage would be illegal, of course, but poor Phil is only a dog. Legal terms are a bit over his head. 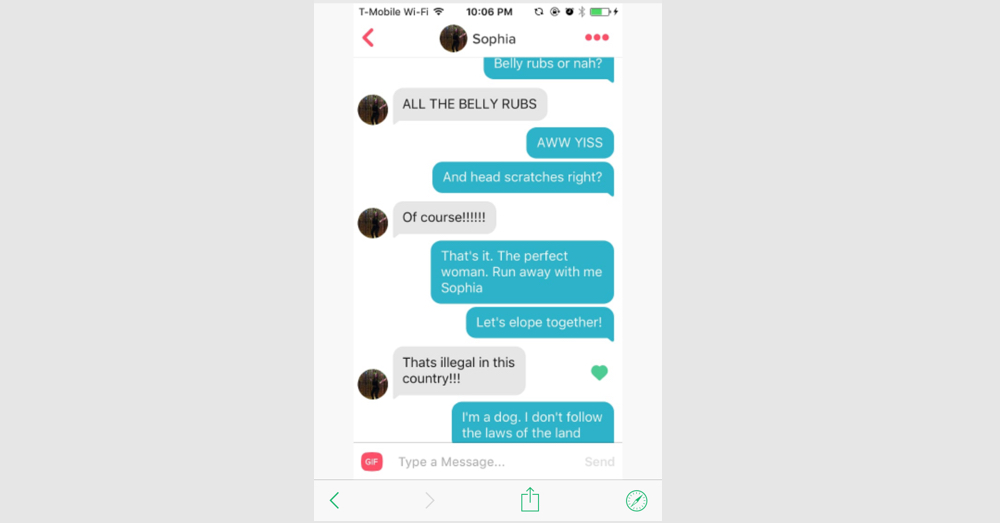 Click ‘next’ to read on and check out more of Phil’s hilarious conversations on Tinder!