Fashion trends don’t often start in the canine world, but a Taiwanese dog named Xiao Pi is barking up lots of attention over the fruit and vegetable outfits designed by her owner. Xiao Pi serves as a walking, barking advertisement for the produce stall her human companion owns, and the world is taking notice, with a little help from social media. It’s tough not to smile when you see how adorable the pup is in her homemade costumes. 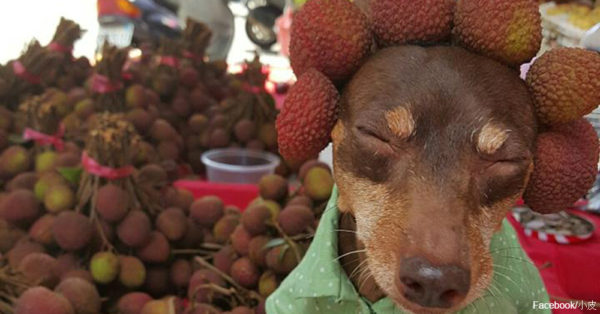 Xiao Pi’s owner comes up with some amazingly creative puppy outfits to showcase a variety of produce from her stall. Highlights of the creativity include a bamboo wig, a lychee headband and nectarine cleavage, all of which feature a natural beauty and sometimes a humorous twist. Each costume is captured in a photograph as a way to promote the owner’s fruit business, but the images also capture the pup’s sweet temperament and personality. 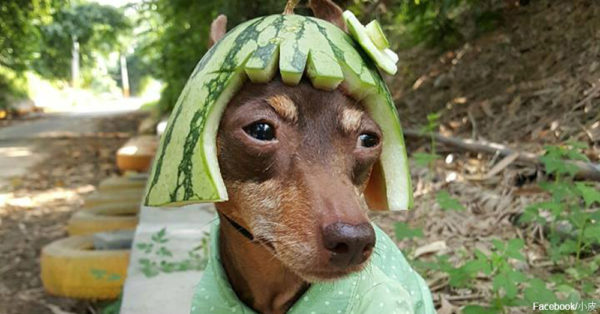 Her elderly owner reports that the pooch seems to like the costumes. The fashion model pup poses willingly for shot after shot of produce-themed images, often with a puppy smile on her furry face. She looks as if she was born to live in front of the camera lens, which is a good thing since she’s gaining lots of attention online. 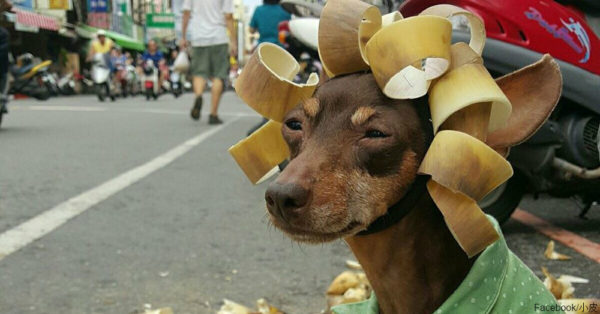 The 7-year-old female miniature pinscher now has her own Facebook page to showcase all of her produce-costumed photo shoots. Listed as a public figure on Facebook, Xiao Pi has over 100,000 followers on the social media platform. That online attention seems to be working. It seems Xiao Pi’s fruity costumes have helped her human mama increase sales at her fruit and vegetable stand. Xiao Pi isn’t the only furry friend who can pull off an amazing costume. Check out a cat named Albert and the banana costume that brought him Instagram fame.