Some birds corner the market on unique, beautiful and just plain weird. Brilliant plumage and unique feather displays serve a purpose and help set apart a certain male during courtship displays. On the flip side, the females generally have modest colors to enable them to blend into the background, perfect for hiding out during nesting. Here are some of the craziest bird you’ll ever see. 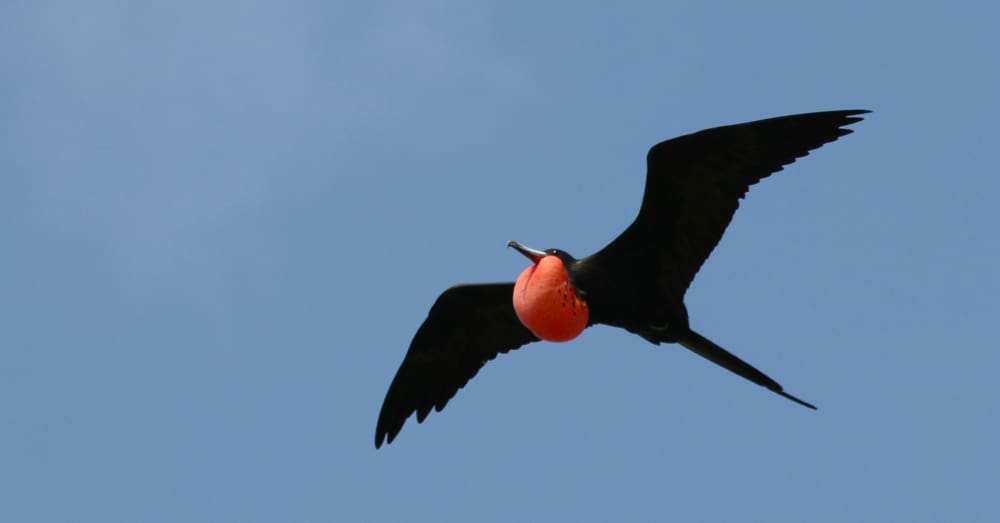 The magnificent frigatebird boasts a scarlet throat pouch that’s almost entirely ornamental. Throughout the year, this pouch is uninflated and fairly unobtrusive, but during breeding, the males inflate their throat pouches to show off to the females, hoping to catch a mate. 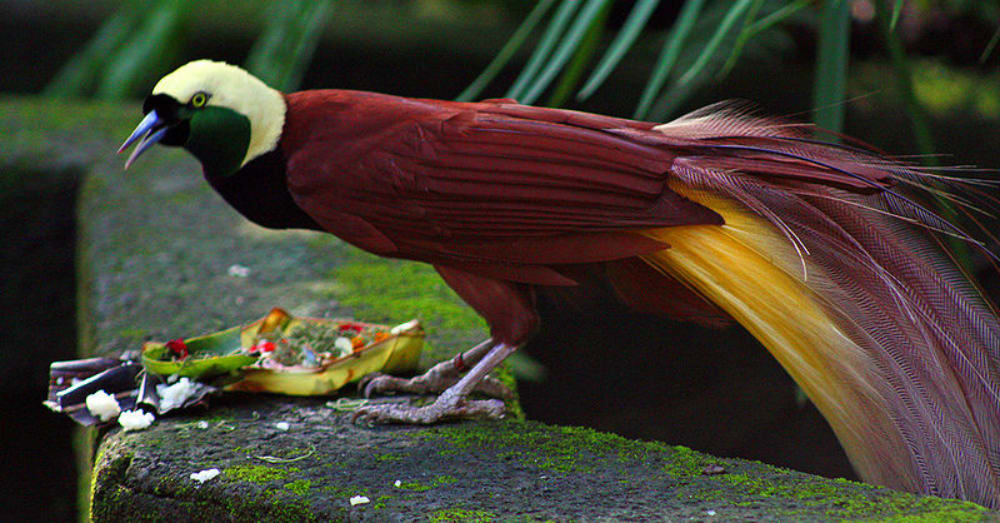 The male greater bird-of-paradise, the biggest of the 39 bird-of-paradise species, is a brightly colored with green, yellow, and maroon plumage. The males use their flashy colors to dance for the females and score a mate. 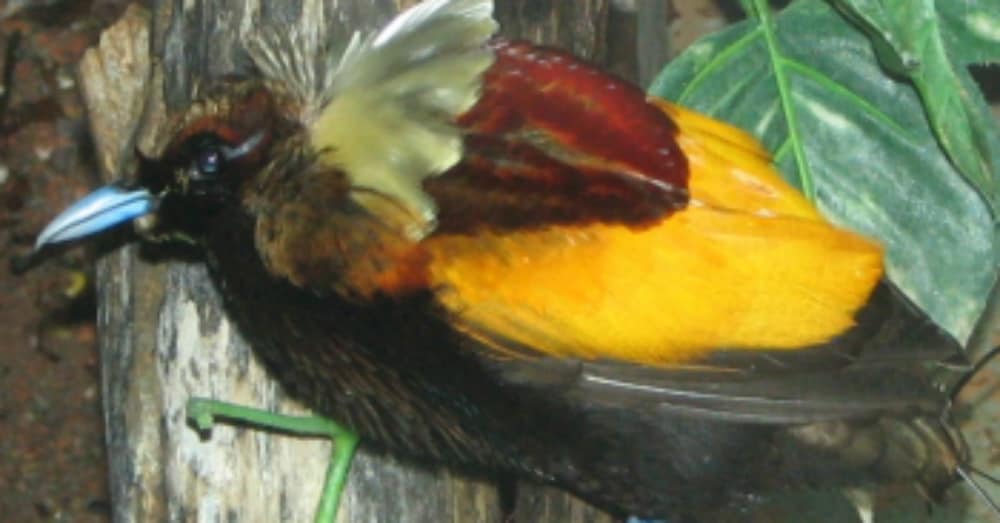 The magnificent bird-of-paradise, one of the smallest, has even more complex colors than its greater cousin. The male’s iridescent, almost metallic, green chest, paired with bright yellow wings, and a blue beak and feet is designed to enthrall females of the species during mating season. 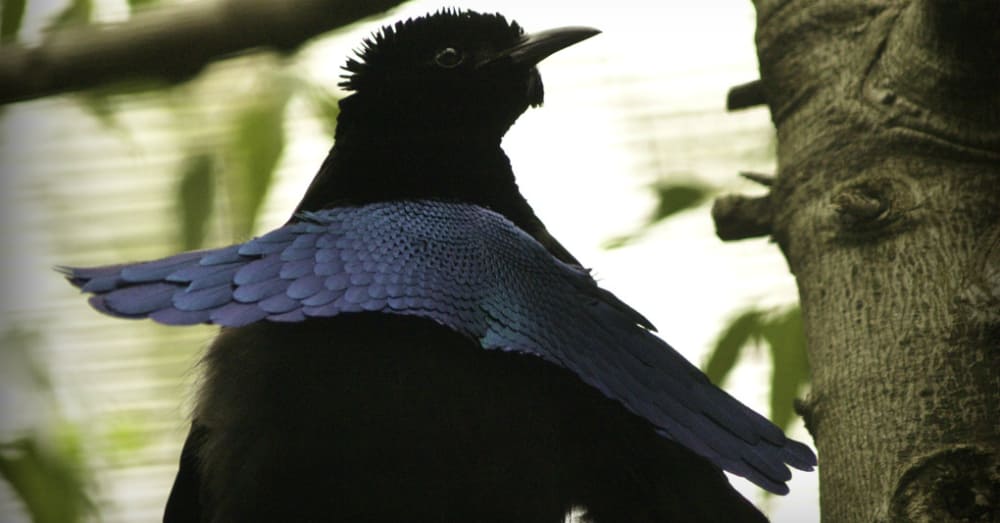 With the superb bird-of-paradise, it’s not just the color, but the dance as well that enthralls the females. The majority of the male’s plumage is a deep velvety black with a blue green crown and breast cover that seems to glow against the darker feathers. This glow-in-the-dark effect paired with an energetic dance makes the females flutter. 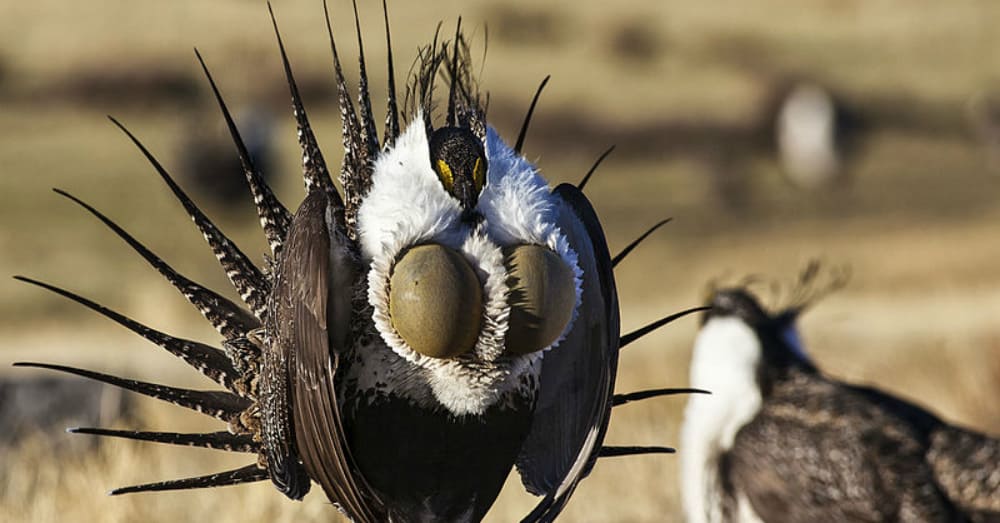 Like the magnificent frigatebird, the greater sage grouse also boasts throat sacks, but, in this case, two are better than one. The yellow sacs inflate during the the male’s strutting display, matching yellow feathers on the head and some showy tail feathers. 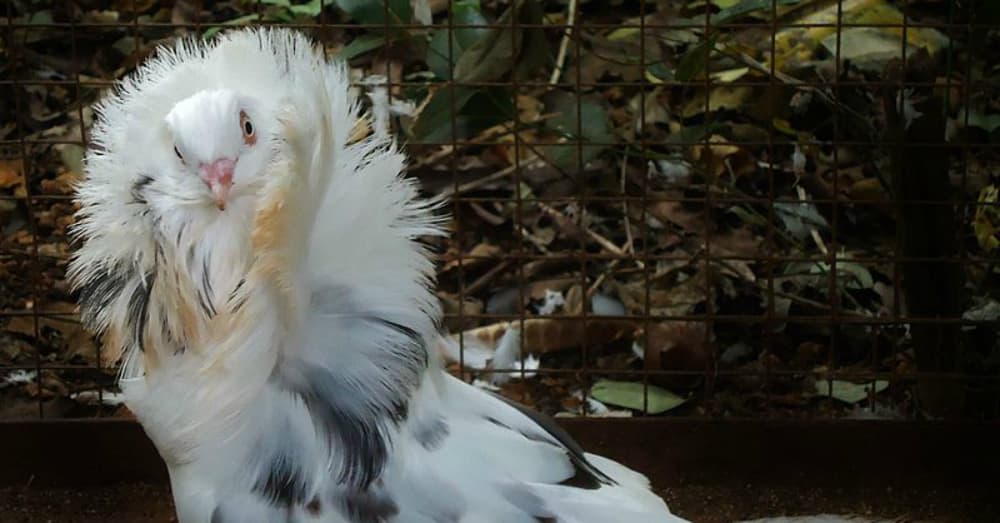 Both genders of the Jacobin pigeon are clothed in gauzy plumage and a soft feathered mane because, unlike other birds, the purpose of its plumage isn’t to attract a mate but to be beautiful and ornamental. This bird is actually a manmade breed developed for fancy plumage. 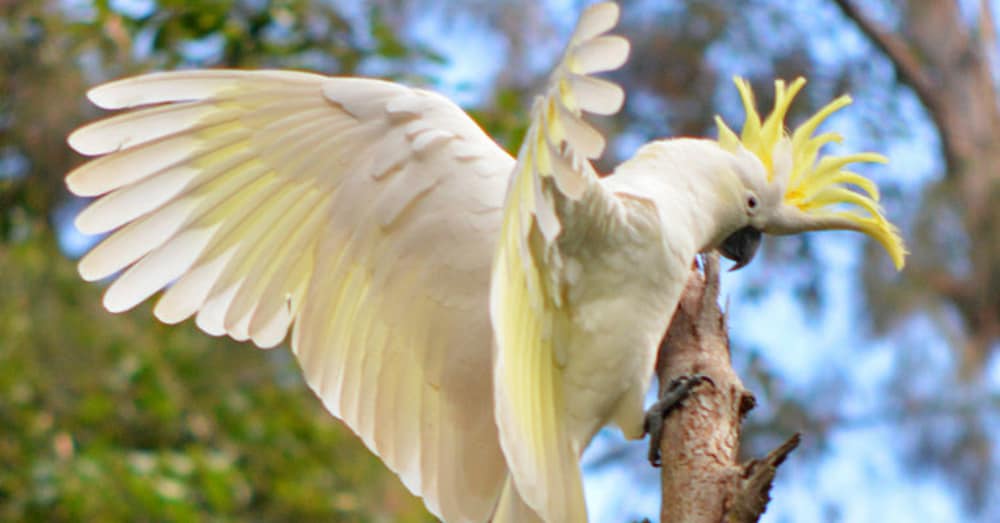 Compared to the other birds, the sulphur-crested cockatoo is almost tame with it’s white plumage. However, the bright yellow crest on its head and the butter yellow on the undersides of the spread wings has a unique sort of beauty. Both genders have the same basic coloring, so the reason for the bright yellow ridge could be a mutual display during breeding season.

8. Andean Cock of the Rock 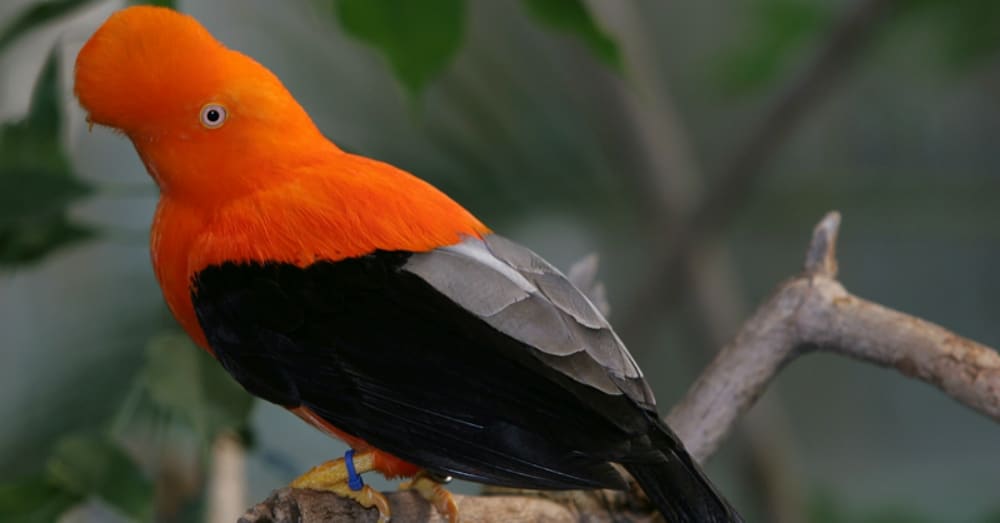 The head, shoulders, and chest plumage of the male Andean cock of the rock is bright red, orange or scarlet. They use this brilliant color along with calls during their courtship dances to win a mate. 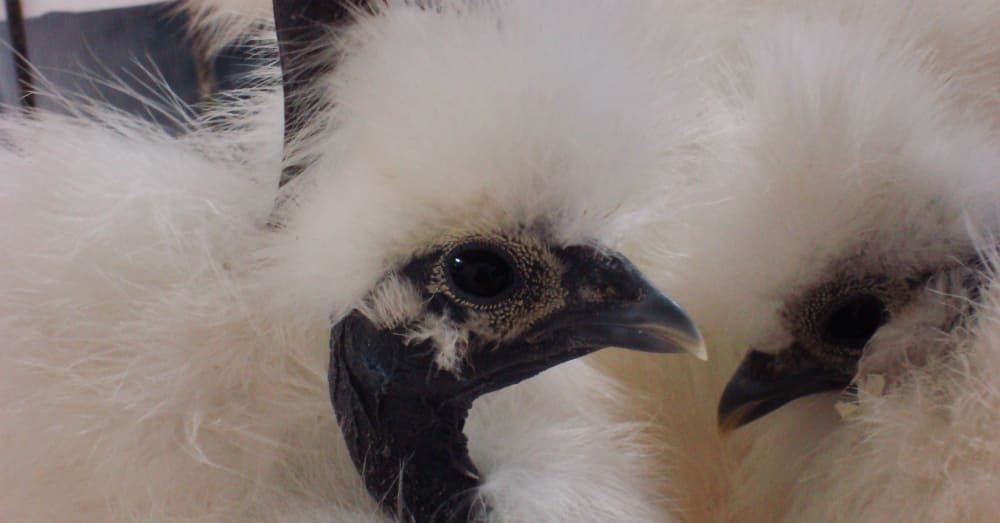 Silkie showgirl chickens have fluffy, down-like feathers that come in a range of colors from black and blue to lavender and white. Both genders have this unique plumage and its purpose is unknown.

Although the majority of these birds boast brilliant plumage in order to attract mates, others â such as the fancy pigeons â are specifically bred to look a certain way much the same way cats and dogs are bred. For yet others, science doesn’t yet have an answer as to what purpose their colors and feathers have.