The great thing about a dog is that he loves you for yourself. He doesn’t care if you have money or if you live in a palace or a hovel. Your dogs feelings don’t change if you strut about in cheap flip-flops or expensive stiletto heels. Similarly, material possessions mean nothing to animals, which is precisely why Alan Padzinski’s dog Caliph saw no real harm in turning Alan’s girlfriend’s $500 shoes into chew toys. 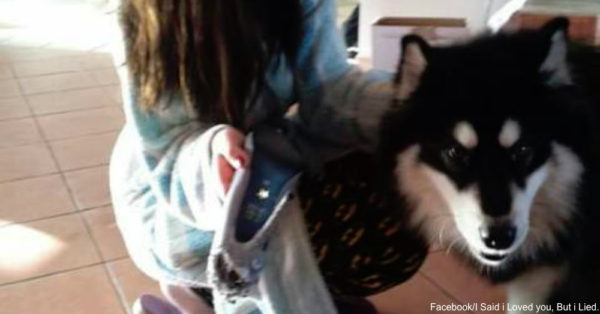 Caliph is really supposed to stay outside, but he’s too smart and sometimes manages to sneak into the house. He really did a number on Jagoda’s shoes, tearing out the back of at least one of the shoes and gnawing on its heel. Alan came home to find Jagoda weeping over the destruction, but all was not lost. The good news is that Alan is a blacksmith, and not just any blacksmith; he specializes in armor, which is made to be aesthetically pleasing as well as practical. At first, Alan tried to simply fix the hole in the shoe with a leather patch, but this not only didn’t look very good, but left the masticated heel unrepaired. So, he decided to turn Jagoda’s pumps into the sexiest, sleekest footwear ever. 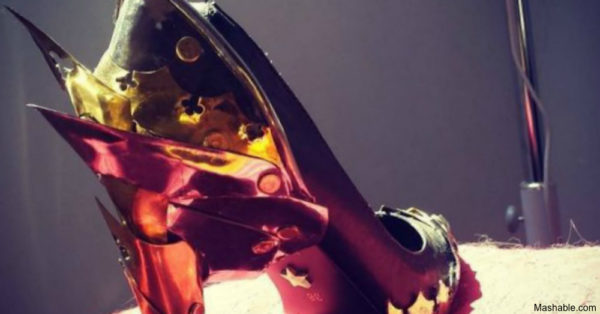 After hammering out some rough drafts, Alan came up with a repair where he wrapped the heel with stainless steel and coated it with brass. He even punched little designs and other embellishments into the metal. He painted the shoe glossy black and added a detachable spur at the back. The shoe looks resplendent in bright light, and no dog, not even unrepentant Caliph, would dare chew on it. Alan has plans to transform Jagoda’s other shoe. The story of Alan, Jagoda and Caliph has a happy ending, but for some dogs chewing is a real problem and can get them into real trouble. It’s always a good idea to nip chewing problems in the bud before they happen.