Considering Taking Your Cat Out On A Leash? RSPCA Wants You To Think Again

Catwalking — or walking your cat on a leash — may be a trend that’s becoming more and more popular through social media, but that doesn’t mean the practice is garnering such a favorable response from our feline friends.

The Royal Society for the Prevention of Cruelty to Animals (RSPCA), a prominent animal welfare organization in the United Kingdom, is cautioning cat owners not to walk their kitty pets on leashes.

While the activity may be fun for cat owners, the RSPCA warns that cats tend to become distressed when they lose their sense of control and freedom of movement. 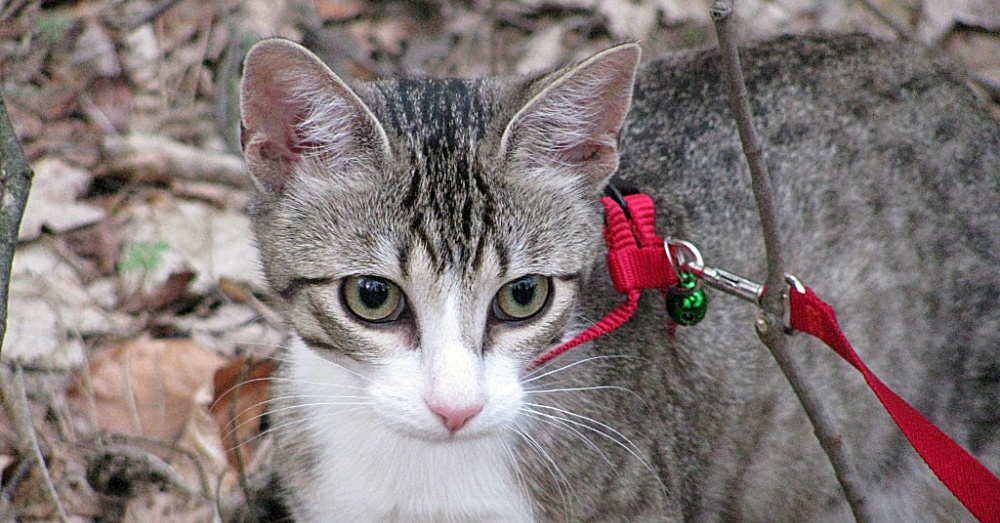 “A sense of control is very important to cats and being walked on a collar or harness prevents them from having control,” a spokeswoman with the RSPCA told the Telegraph. “It may be more difficult for them to be able to move away or hide from anything which might scare or worry them. Therefore the RSPCA wouldn’t recommend that cats are walked outside in this way.”

Instead of bringing cats outside, experts generally recommend providing an indoor environment with opportunities for mental and physical stimulation. Another option is to provide a fully enclosed outdoor area where cats can run and explore without being confined to a leash.

Though it’s not surprising that indoor cat owners would want to bring their furry companions outdoors for an adventure. After all, kitties are known for their curiosity. And with the hashtag #catwalking gaining popularity through online channels like Twitter and Instagram — the hashtag has been used over 14,000 times on Instagram alongside images of owners out with their cats, according to the Telegraph — it becomes easy for well-meaning pet owners to assume that it’s a beneficial practice. 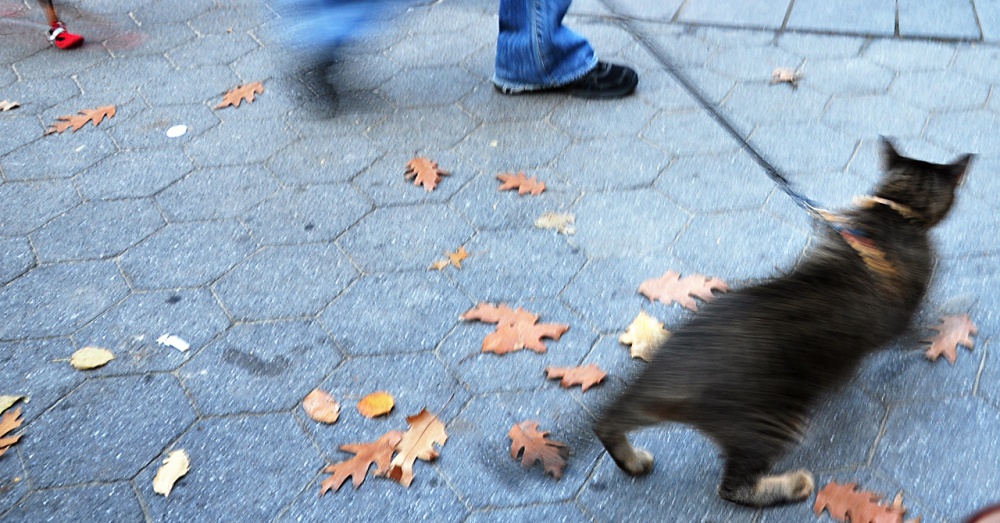 While the RSPCA cautions against the “cat on lead” trend, there are still those who advocate for it, saying that outdoor exercise can help to combat obesity and boredom. Cat behaviorist Anita Kelsey told the Guardian that allowing a cat outside can help alleviate “destructive behavior” for some pets.

“If a cat is going mad being kept indoors, they’re crying at the windows all the time, and you’ve done everything you can to bring the outside in, that’s when I help people train the cats to walk on a lead,” Kelsey said.

There’s no denying that taking a stroll with a cat seems like a fun way to spend more time with your pet. Your kitty may even seem to be having fun. However, experts stress that it’s important to remember cats are different than their canine counterparts, as cats typically don’t take well to being forced into new environments. 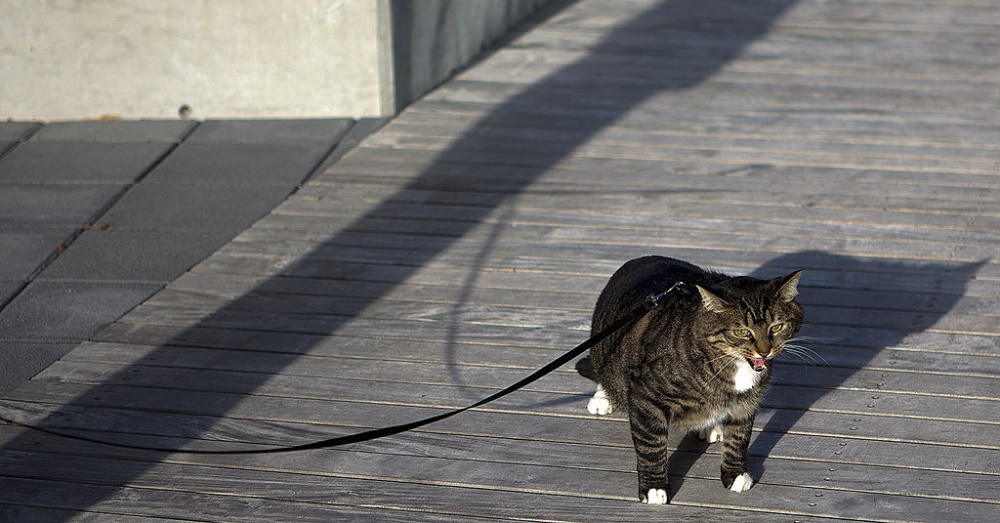 Dr. Samantha Gaines, head of the RSCPA’s companion animals department, said the RSPCA isn’t looking for a full ban on cat leashes, but the organization is concerned that some cat owners may begin to treat their pets to behave like animals that they aren’t.

“All we want cat owners to consider is that every cat is an individual,” Gaines told the Guardian. “For some, walking on a lead may be suitable, but we need to be careful that we’re not just thinking of cats as dogs.”

Spending time with your pets is a wonderful thing to do for both you and your furry friend. But before you bring your cat out into the world, try bringing the world to them. Toys, indoor play sets, and enclosed yards may be more appropriate ways to treat your kitty. And they might appreciate it more than you know.

Do Animals Experience PTSD Like Humans? Click the link below to find out what researchers have found.