A Kyoto University graduate student and her team of scientists found that cats utilize basic ideas of physics when tracking prey. Saho Takagi released a paper in Animal Cognition detailing the experiment and the reaction of the cats to each of the stimuli the team of scientists presented to them. According to Quartz, Takagi and her team brought 30 domestic cats into the experiment and shook containers close to each cat individually. At first, the containers either had something inside or they did not, and the container made noise if it was full or did not make noise if it was empty. 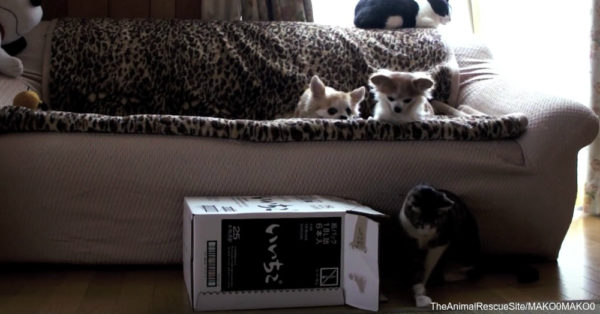 After a few shakes, the scientists shook empty containers that still made noise or full containers that did not make noise. With each shake, the team recorded the reaction of each cat.

As Tech Times shares, the consistent response to the noise, whether real or generated, was longer eye contact with the container than when there was no noise. In addition, the cats showed confusion when a container made a noise but had nothing in it when turned upside down, and vice versa. The determination the scientists made was that cats display a causal-logical understanding based on their sense of hearing to find objects that were not immediately visible. 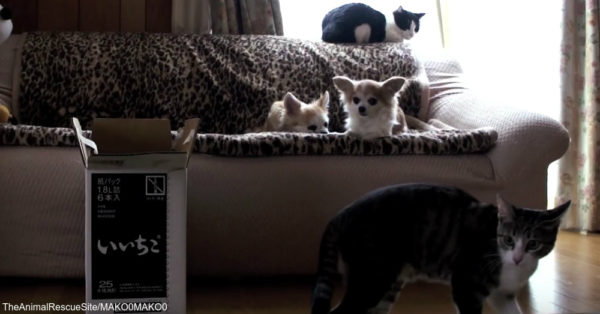 According to Science Daily’s report on this study, the findings of this experiment correlate to a cat’s natural hunting abilities or instincts. Cats likely use the sound made by their prey to infer either their distance or location in the dark, as most cats do the majority of their hunting at night. More research needs to be undertaken to determine whether cats are able to determine the size or number of objects or prey they hear. Domestic cats often surprise us with their antics, and now we know there is sometimes a method to their madness. Watch this video of a cat using physics to play a game of fetch.