When we teach our precious pets to behave, it’s usually things like not eating others’ food, or not biting and jumping on people. Teaching them not to steal money isn’t something we typically think is necessary. Although, that might not be the case anymore. That’s because one rescue kitty is taking money right out of people’s hands! 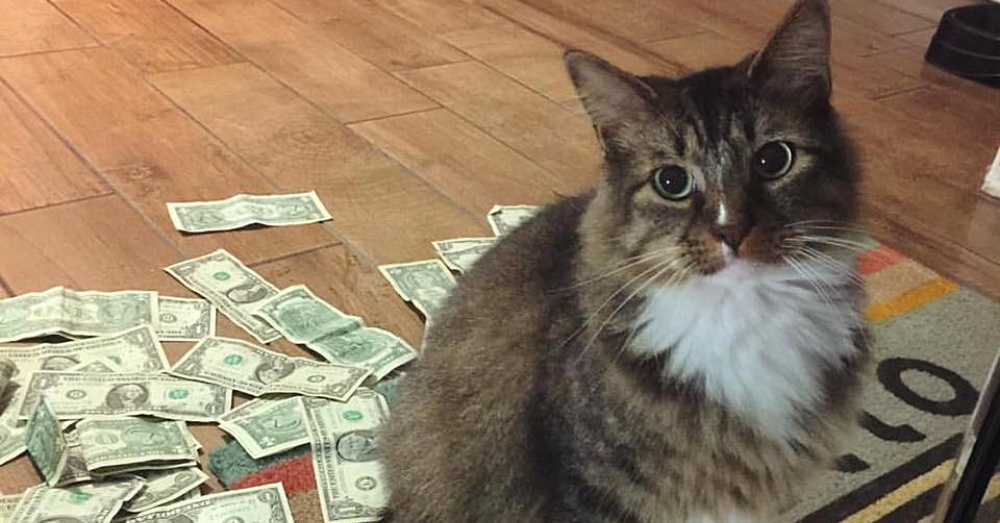 Sir Whines-A-Lot is a rescue cat who lives in the office of Tulsa-based marketing firm GuRuStu, which is headed by Stuart McDaniel. When coming to work one morning, McDaniel noticed cash lying on the floor near the office doors where Sir Whines-A-Lot will roam.

“It kept happening, but we didn’t know why. So we decided to test a theory,” McDaniel told The Dodo. “We tried sliding money through the gap in the door, and the cat hopped up and snatched it.” 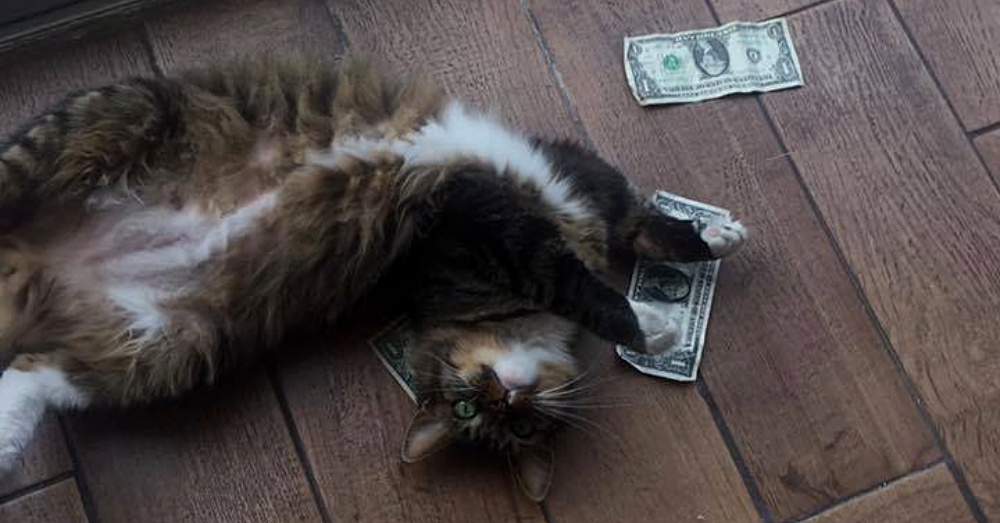 McDaniel concluded that when employees were away, Sir Whines-A-Lot tried to draw the attention of people who were passing by and have them play with him through the door’s slot, using dollar bills as makeshift toys. People apparently kept testing this precocious kitty, and the dollar bills kept piling up, indicating maybe the passerby were willing to lose their money if it meant seeing this cunning cat in action.

“I’m guessing the first people didn’t intend to lose their dollar,” McDaniel said. “They probably put it in to mess with him, and he snatched it. When you hold money there, he’ll bat at it playfully at first, like, ‘Oh, that’s kinda fun.’ But then all of a sudden he’ll bite it and rip it from your hand. He does it so fast, you don’t even realize what’s happened.” 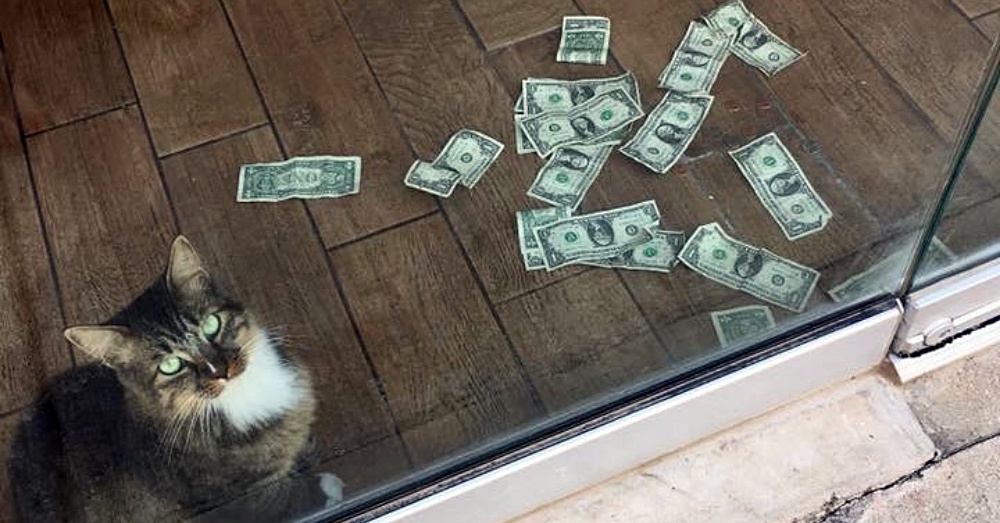 Thankfully, the money isn’t going to waste. GuRuStu is donating the money Sir Whines-A-Lot has accumulated to the Tulsa Day Center for the Homeless. As a rescue cat himself, Sir Whines-A-Lot can understand the difficulties of life on the streets, and it’s great to see an empathetic gesture when it comes to those who are less fortunate. The money is donated under Sir Whines-A-Lot’s pseudonym, CASHnip Kitty, and so far, over $100 has been raised. 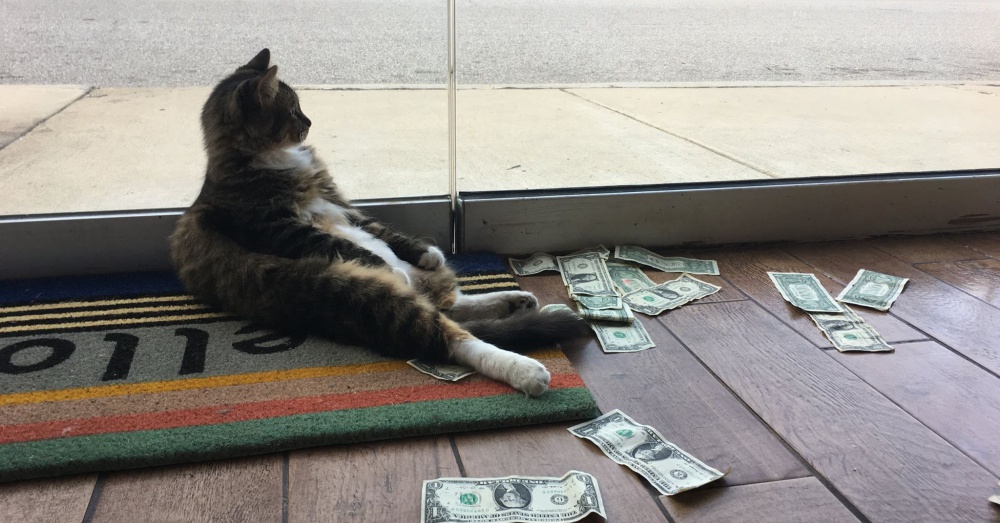 Check out the CASHnip Kitty in action in the video below! You can also find more photos and videos of the frisky feline on Facebook and on Instagram.

Here's How Your Donations Helped 280 Rescued Dogs Live Their American Dream: Click “Next” below!