After an apartment fire in Georgetown, Georgia, Tubby the cat proved that felines can find their way home. All the residents had escaped the fire, but Tubby remained unaccounted for until 11 days later, when he showed up on the third floor of the building.The fire started on July 10 at the Preston Grove Apartments when a lit cigarette on a third-floor apartment balcony ignited and spread to the attic. High winds that day caused the fire to spread quickly through the building, which didn’t have a sprinkler system in the attic. Although firefighters arrived shortly after the fire started, it blazed throughout the 24 units in the building. Everyone made it out, but Tubby, nowhere to be found, was presumed gone. 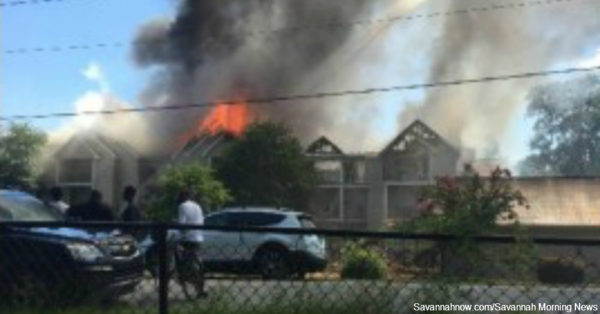 Fast-forward to 11 days later, when the fire department received a call from a citizen who saw what looked like a cat on the third story of the remaining shell of the apartment building. It turns out Tubby hadn’t gone far and had wandered around the remains of the building. Firefighters returned to the site, where they found and rescued Tubby and reunited him with his overjoyed owner. Wayne Noha, Chief of Operations for Southside Fire, said this is the first time in his 33-year career he’s heard of a pet rescue so long after a fire. 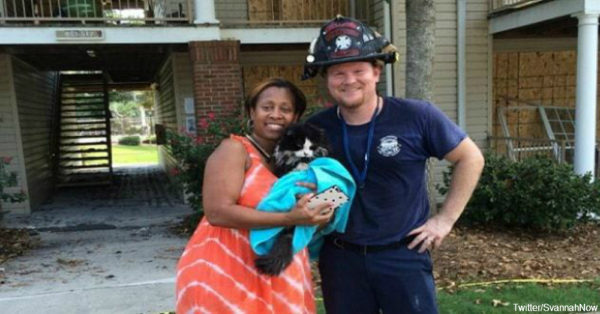 All of the apartments received heavy damage during the blaze, which displaced dozens of people who lived there. The building was considered a total loss. Just like Tubby’s owner who got her happy ending, the residents of the building are receiving help from both the Red Cross and local community members, who have donated basic supplies for those who lost everything. In addition to risking their lives to save humans and their property, firefighters often go above and beyond to save pets. Another pet rescue story shows why firefighters rock.