Julie Blair got quite the shock when Garston Animal Rescue told her they had found her missing cat. The cat had been gone for 18 months, but that isn’t even the craziest part. What really surprised Julie was the fact that her cat had made it to another country. If only this adventurous feline could talk.According to The Best Cat Page, Julie’s gray and white cat disappeared from her home in Belfast, Ireland. No one knows what the cat was doing for the next 18 months, but he ended up near a busy road in Liverpool. The Belfast Telegraph reports that locals said he had been there a few weeks. The Garston Animal Rescue picked him up, gave him the nickname Danny Boy (even though they didn’t know this cat came from Ireland) and scanned his microchip. 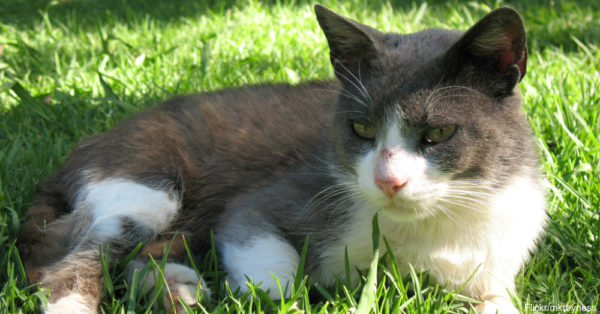 When the rescue contacted Julie, they offered to re-home Danny Boy, but Julie was intent on getting her companion back no matter the cost. After all, this was her baby, whom she fed with a bottle when he was a small, abandoned kitten. She took the ferry across the Mersey as soon as possible to get her cat, whose real name is Sapeurs Pompier. 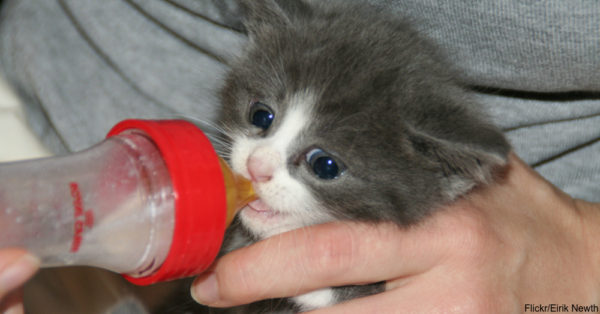 To anyone that knew her, it came as no surprise that Julie would do anything to get her cat. She’s a huge animal lover, and she actually works with an animal rescue in Ireland. She was even able to help two dogs, Bella and Jasmine, while retrieving her cat in Liverpool. The dogs had to travel to Ireland to meet their new owners, and Julie was happy to serve as their chaperone. Cats are resourceful creatures, and Danny Boy is living proof. It sounds like he had a fun time in those 18 months. You can travel easier than Danny Boy with this great insulated travel mug.