Cats have a natural grace that makes it seem as though they were meant to climb around anywhere, but sadly, falls are not uncommon. There’s even a name for it – high-rise syndrome. One adorable little cat ended up a victim of this syndrome when he fell from a tall building and lay on the ground, seemingly lifeless. However, the woman who found him didn’t give up on him, and saved his life by giving him constant care.According to Little Things, the reason poor little Lazarus fell is unknown. When a passerby saw him lying on the ground, she took a close look at him, thinking he was dead. Then, she realized that he was breathing, and she knew that she couldn’t give up on him. 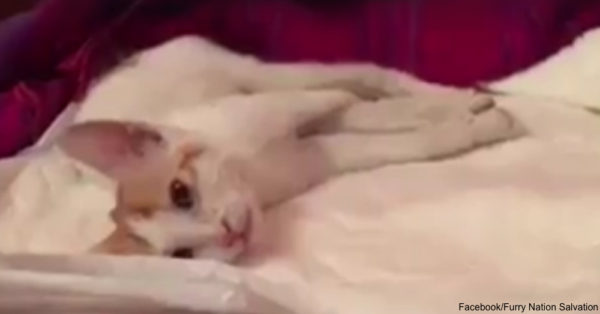 For days, the woman cared for Lazarus. She gave him a comfortable bed in which to rest and heal. She faithfully fed him by hand. She did everything she could to keep this kitty alive and help him recover. 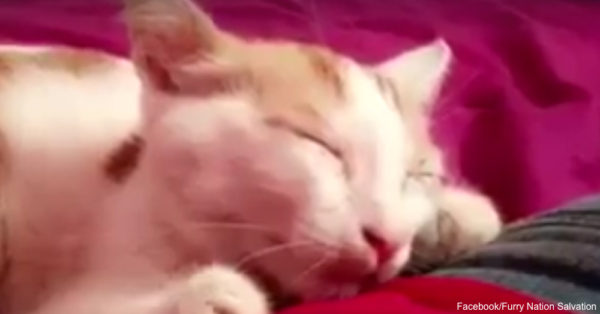 It didn’t look good for the first two days, as Lazarus just lay on the bed, motionless. On day two, the woman saw a sign of hope. The adorable cat opened his eyes. It wasn’t much, but it was a small improvement. 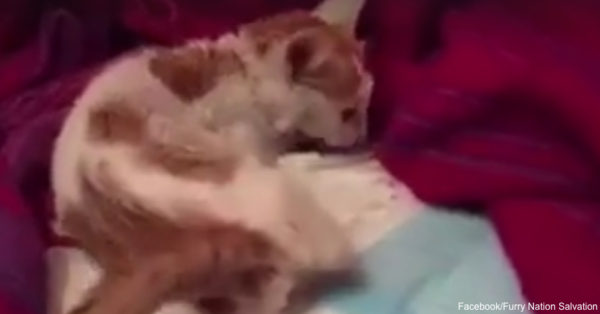 On day three, Lazarus lifted his head and meowed a bit. Day four had him moving his legs, which was a huge relief, as it showed that he wasn’t paralyzed. 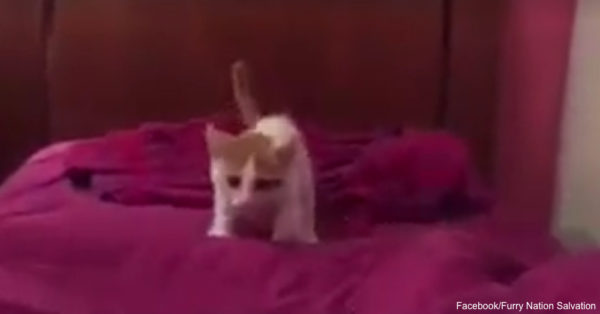 Over the next few days, Lazarus got more of his strength and coordination back. His rescuer encouraged him every step of the way and slowly let him do more and more on his own. By day nine, this tough little feline could walk and jump again. You can see the whole recovery process yourself in this Facebook video.Lazarus’ story is a testament to his willpower and the kind actions of a stranger. For another heartwarming tale, check out this kitty’s story of survival.