Rescuing cute kittens and cuddly puppies are regular occurrences, but how often do lobsters become the subject of a compassionate rescue and release? A group of Buddhist monks in Canada put their beliefs into practice to do just that on behalf of captured lobsters, saving them from becoming part of someone’s meal. Undertaking a days-long buying spree on Canada’s Prince Edward Island, the monks collected hundreds of pounds of the captive crustaceans to set them free. 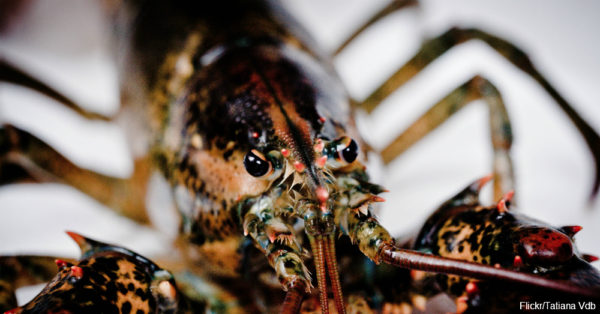 Then, they chartered a boat to accomplish their mission. The Canadian monks, members of the Great Enlightenment Buddhist Institute Society, were not making a statement about dietary choices. The point of their act was to encourage people to develop compassion for all living creatures, whether they walk, crawl or swim. Led by head monk Venerable Dan, the group purchased more than 600 pounds of live lobsters, liberating them from the Canadian island’s seafood markets.

On July 9, 2016, once the monks had assembled their cargo, they removed the elastic bands that held the lobsters’ claws, loaded the boat they had chartered, and set sail. The monks blessed the eight crates of crustaceans on their vessel with purified water, said a prayer and released them into the sea. 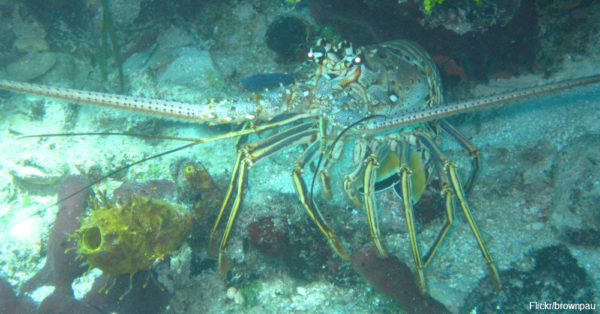 Venerable Dan hoped that they would be in a place where no cages were waiting for them. The monks did not disclose how much they spent to purchase freedom for the lobsters or what type of lobsters they were. What matters is how people view any kind of animal, even bugs, flies and worms, according to Venerable Dan. Venerable Dan and the other monks accomplished their mission successfully, with all of the lobsters released. If they are not caught again, the liberated lobsters may live for decades. Lobsters can grow to the size of a small child, such as the 27-pound Maine lobster fishermen caught in 2012.

Talk about liberation and sea creatures, this hand-painted mug is a great way to set your imagination free and take a mental trip to the ocean!