Caitlyn is a Staffordshire bull terrier who saw the dark side of humanity when her owner wrapped electrical tape around her muzzle. Luckily, she got away, and her rescuers took her to the vet who helped her to make a full recovery. Since then, this “ambassadog” has become a symbol for the importance of humane treatment of animals, and she is even helping to raise money for the medical care of other rescued animals.

Caitlyn’s former owner taped her mouth shout after becoming annoyed with her barking. No-one currently involved in her care knows how long she spent like this, but it could have been up to 48 hours. During that time, Caitlyn was unable to eat or drink anything.

Her tongue was stuck between her teeth, and by the time the tape was removed it had made her muzzle almost double in size due to swelling. 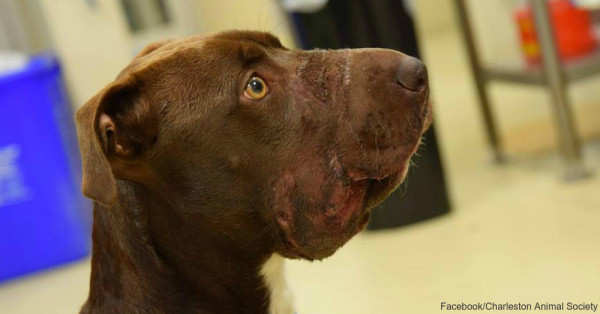 After hearing about what happened, many people offered donations towards Caitlyn’s medical expenses. The animal shelter that rescued her set up a fundraiser, which raised money for both Caitlyn and other rescued animals in need of medical treatment. Caitlyn went to a foster home soon after treatment, and her former owner was arrested.

Caitlyn can’t be found a permanent home until his case is tried, but in the meantime she is growing happy and healthy with her loving foster family. 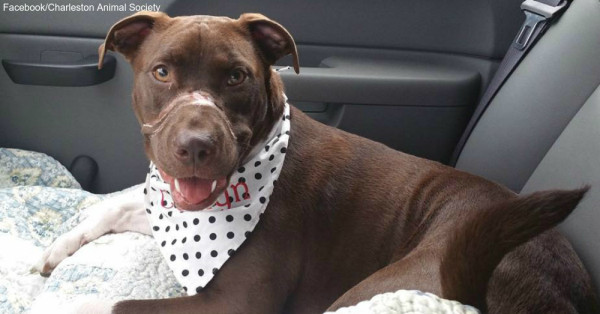 The Charleston Animal Society posted frequent photo updates as Caitlyn recovered. For Halloween, Caitlyn’s foster family dressed her in a Superman costume, and a Caitlyn cut out has been on display at several events in the area that promote the humane treatment of animals. She’s still raising money for a good cause, as she is part of the 2016 Charleston Animal Society Firefighter Calendar. The 2015 calendar raised over $250,000, but Caitlyn’s popularity could help the 2016 calendar raise even more.No dog should have to go through what Caitlyn did. Fortunately, she has not only survived, she is inspiring others in the fight against animal cruelty. 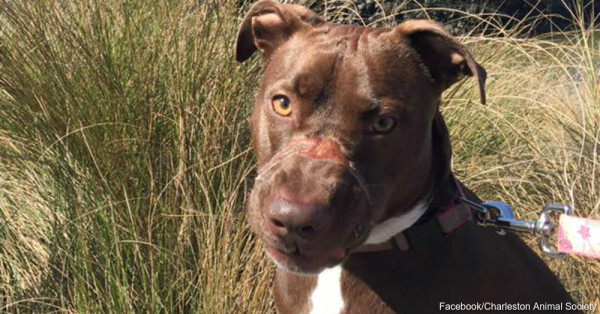 To help a rescue animal like Caitlyn get some of the help it needs, donate to the Pet Vaccination Challenge today.