When police officers discovered a pit bull wandering alone in Youngstown, Ohio, they reached out to Animal Charity Humane Society of Ohio for help. Covered in scars, the dog was affectionate and friendly, but he wouldn’t lick his rescuers. They soon discovered the shocking reason why: The dog, whom rescuers named Bubbles, didn’t have a tongue. 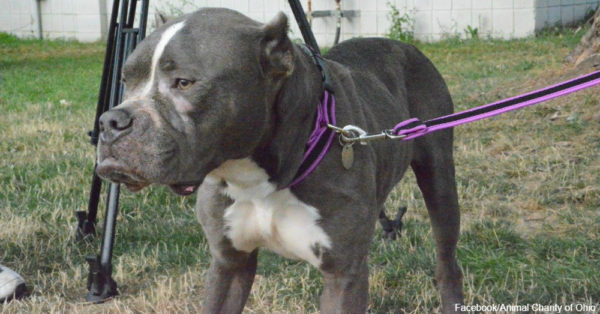 At first, workers at the rescue facility feared that Bubbles had been the victim of a deliberate amputation of his tongue for use as a bait dog in dog fights. This assumption was supported by the fact that Bubbles has extensive facial scars and ground down teeth. However, according to WFMJ, a local vet believes that Bubbles was simply born without a tongue. Fortunately, Bubbles has adapted to his deformity and eats and drinks normally. 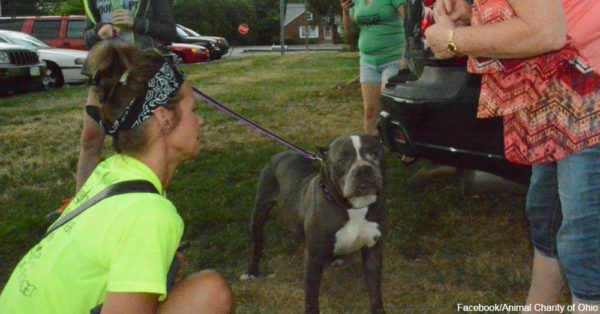 According to postings on the Facebook page of Animal Charity of Ohio, Bubbles needs treatment for heartworms, an enlarged heart, congested lungs, ticks, ear parasites and intestinal parasites. This neglected animal will require veterinary care for several months. An anonymous donor has funded his heartworm treatments. 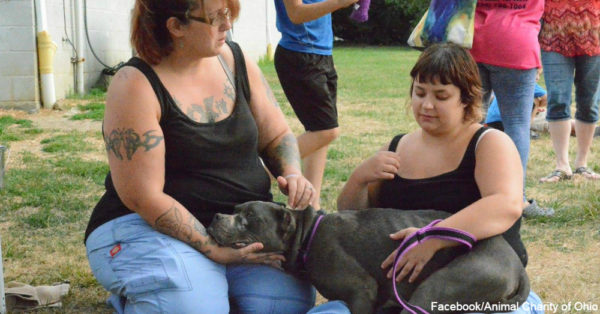 During his lifetime, Bubble has been shunted from owner to owner. None of his previous owners are willing to take responsibility for his care, and investigators have been unable to determine why the dog’s caregivers let the animal get into such rough shape. Animal Charity of Ohio hopes to find a foster home for the sick and traumatized pit bull. As he heals, Bubbles needs a quiet, low-stress environment where he will be the only animal and get all the attention he so desperately requires. After a lifetime of neglect and possible abuse, this dog deserves to be surrounded by love.

Could you or anyone you know foster Bubbles? Be sure to share this story so he can find a foster home as quickly as possible!