Tragedies can occur in the blink of an eye. That’s what Maddie Belle’s owners found out when the dog jumped off a boat while it was moving and got sliced across the face by the boat’s propeller. Fortunately, Maddie survived and should make a full recovery, but her owners learned a valuable lesson. Every dog owner who takes their companion boating should learn from this experience. According to The Tampa Bay Times, going out on the boat wasn’t anything new for Maddie. She had been on out on the boat while her family went tubing dozens of times, often hanging out on the bow, loving every second of it. This time, however, the 14-month-old Labrador retriever decided to jump off the bow while the boat was moving. Her owners think she saw a crab trap float in the water and got excited, believing it was a ball. 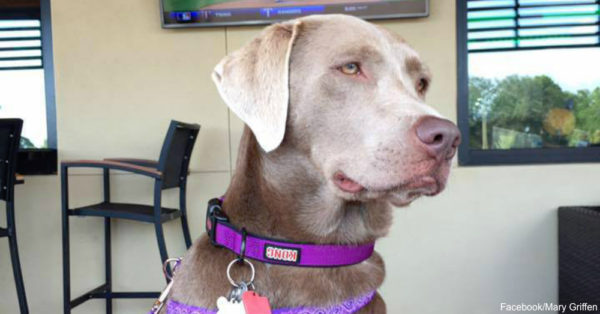 WTSP News reports that the propeller cut Maddie along the left side of her face, missing her left eye by mere inches. It broke her jaw, cut her snout and her lungs filled with water. One of Maddie’s owners, Mary Griffen, jumped into the water to save her, and immediately got her to an animal hospital. After reconstructive surgery on her jaw, Maddie got to head home with a cone around her head. Her owners are calling her the Rocky Balboa of dogs because of her toughness. 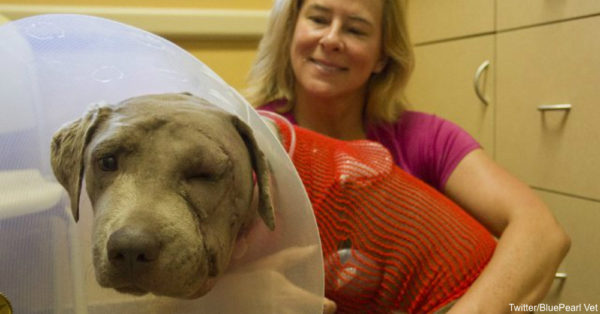 Maddie’s owners plan to take her out on the water again, but there are going to be some important changes to keep her safe. She’s not going to ride on the boat’s bow, and any time the boat is moving, her owners are going to have her on a leash. She’s also going to wear a doggie life vest.

The ODNR Division of Watercraft has plenty of information on keeping pets safe during boating trips. Pet owners should check it out, to avoid accidents like what happened to Maddie. Maddie had quite a close call. It’s lucky and amazing that she didn’t lose her life. Read about another doggie gone overboard and his remarkable recovery.