Blind dogs often need some special help to get around safely, but because their other senses are so powerful, it often compensates for their inability to see. One blind dog proved that when he sensed a hiker in trouble and led rescuers to the injured man. Hank is a 5-year-old dog with cataracts that render him almost completely blind. Despite that, he and his owner Alonzo Reddick enjoy walking and hiking together. In June 2016, a routine hike near the Salt River in Phoenix turned into a life-saving mission. 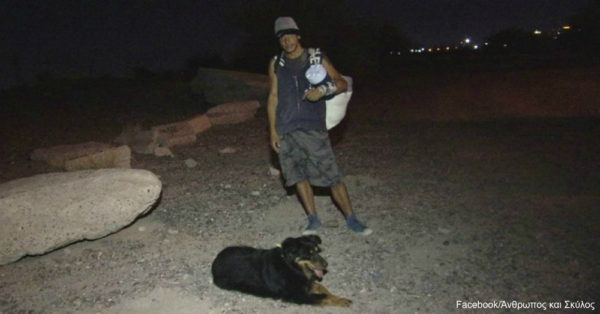 The two were walking along when Reddick noticed Hank behaving oddly. He slowed down and started to pay close attention to the dog, and Hank started to lead them towards a bridge. The pair ran down through the river bottom and under a bridge, where they found a fellow hiker pinned by a boulder. The injured man had apparently tried to scramble up the side of the wash when the 700-pound boulder became dislodged. The man and the rock tumbled back down together, where it landed on his leg. Hank had apparently heard him crying for help. 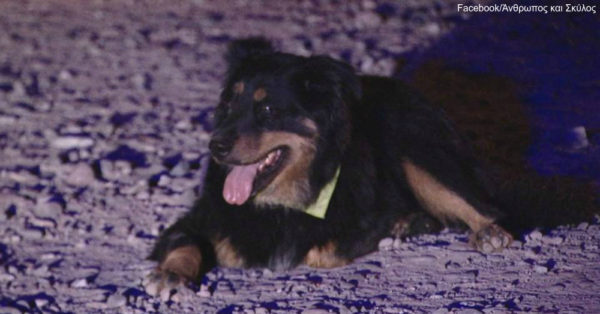 Reddick alerted the authorities, and firefighters and technical rescue teams quickly arrived on the scene. Paramedics were able to keep the man stable until enough rescuers arrived to lift the rock off of the man’s leg. He was rushed to the hospital, where he is expected to recover. 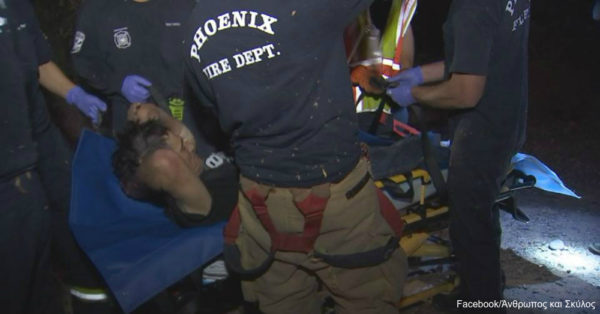 Time is of the essence with this kind of rescue, and Hank’s decisive actions, along with Reddick’s faith in his dog’s instincts, may have saved the man’s life. Doctors expect him to be able to keep his leg too, which may not have been possible if he’d been stuck under the rock for a long time. Hank’s blindness didn’t prevent him from saving the life of a man in a dangerous situation, turning him into a hero in the process. We should never underestimate the innate senses of our angel dogs.