Ringling Brothers and Barnum & Bailey Circus has announced that it will retire all its elephant acts by May 2016, rather than in 2018 as originally planned. The final 11 elephants on tour will join the dozens of elephants that have already returned, bringing the herd at the Ringling Brothers' Center for Elephant Conservation in Florida to a total of 42.The circus has long been known for its elephant acts, with the elephants parading through major boulevards to the delight of many onlookers before reaching their performance venues. Increasingly, however, cities are restricting the movement and appearance of elephants. A spokesman for the circus said that Ringling Brothers decided to spent the money on conservation of the elephants rather than on fighting the legislation that was keeping them out of major cities. 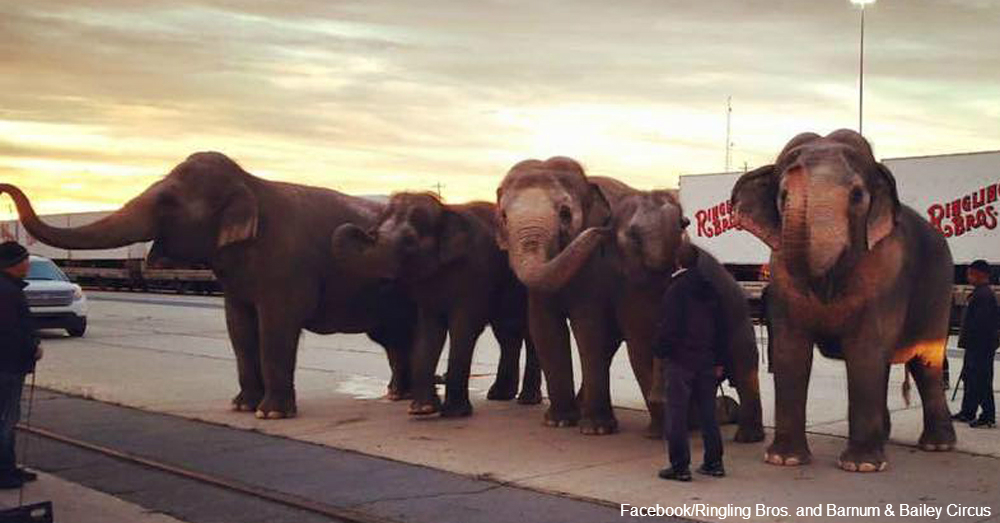 Feld Entertainment, which owns the circus, also owns the largest elephant herd in North America, housing them in a 200-acre compound that gives the elephants plenty of room to move about each day. Many involved with the animals' transfer view it as a family reunion.

At the conservation center, the elephants also take part in ongoing cancer research through a partnership with Primary Children’s Hospital and The Huntsman Cancer Institute in Salt Lake City, Utah. Blood samples from the elephants are being tested there to see how the animals' unique p53 gene, which makes elephants exceptionally resistant to cancer, might be useful in helping to fight pediatric cancer.While the conservation center isn't currently open to the public, it may open its doors to help raise the funds needed to support this large herd of elephants, as well as to let people continue to enjoy observing and interacting with these gentle giants. Click here to learn more about how the circus decided to retire the elephants to the Center for Elephant Conservation.