In Australia, a group of 28 baby flying foxes, also known as fruit bats, got very lucky on June 30, 2016. They had fallen out of their tree and were likely to succumb to the cold winter weather, when a bat specialist happened to find them. She got them to a wildlife hospital, where each bat received treatment in the cutest way possible. 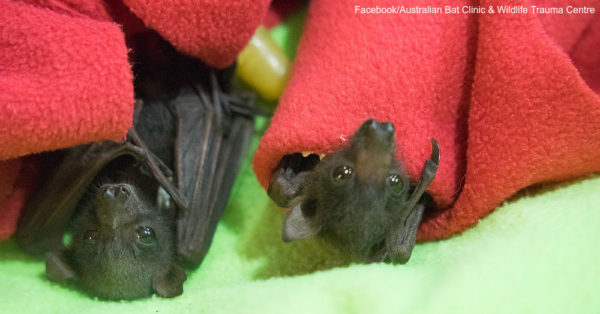 It’s rare for baby flying foxes to end up in Australia’s far south because of how cold it is, according to The Dodo. Red flying foxes typically have their babies in the north, then the mothers leave the babies in a tree while they go to look for food. For some reason, these babies fell out of their tree roost. One possible reason is that they couldn’t handle the colder temperatures when their mother left.

The bat specialist immediately took all 28 bats to Australia Zoo Wildlife Hospital, the largest wildlife medical facility in the world. The bats needed plenty of attention and they needed it fast, because they had hypothermia. Staff at the hospital gave the babies an electrolyte fluid and wrapped them in perfectly-fitting bat blankets, which made them look like little bat burritos. 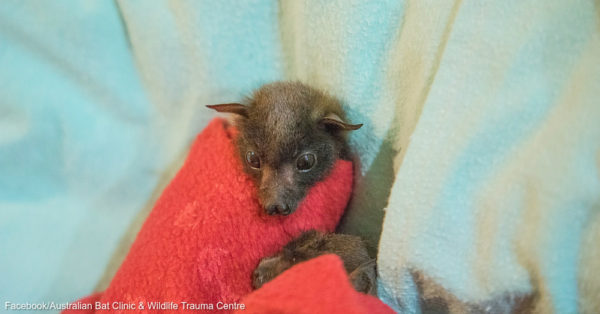 A description alone can’t do justice to how adorable the baby bats looked, but luckily, the hospital posted photos on its Facebook page.

To top it all off, each bat received its own pacifier to keep it calm. Once the bats were all stable, the hospital gave them back to the bat specialist who saved their lives. She plans to give them the continued care they need, and then release them back to the wild when they’re ready. 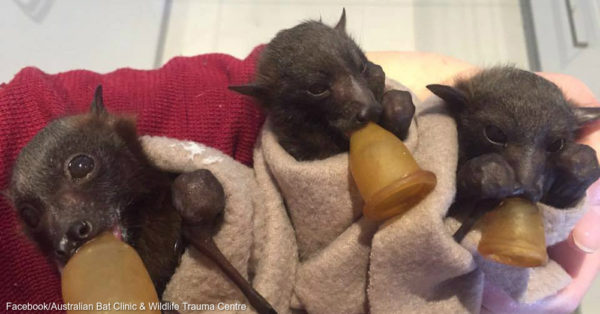 One bat specialist’s quick-thinking and the hard work of the wildlife hospital’s staff saved the lives of the baby bats, and created some excellent photo opportunities. Cute looks aren’t everything though; bats help the environment in many ways.