Nine-year-old James Isaac of Wellington, New Zealand, has profound autism. He doesn’t speak and doesn’t like being touched. Recently, he was scheduled for an MRI at the hospital to diagnose his seizure episodes. Because he would have a difficult time lying still for the procedure, James had to be put under with general anesthesia. Fortunately, to get him through the entire event, he had his best friend and service dog with him. According to the Centers for Disease Control, children with profound autism often avoid eye contact with others and experience very little comfort from others during times of distress. 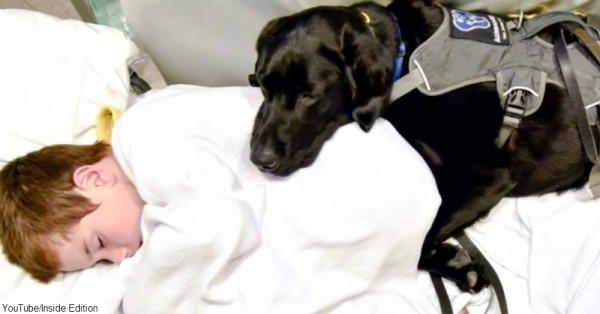 While in the hospital, James exchanged eye contact with his dog, Mahe, on numerous occasions when he wouldn’t look at the doctors or even his own parents. Mahe was allowed to lay in the bed and cuddle with his small friend, and he even met him in the recovery room after the procedure.

Mahe was trained by the Assistance Dogs New Zealand Trust. Before Mahe came into James’ life, leaving the house was an ordeal. His mother Michelle explained that people would often stare and wonder what was wrong with James. Now, Mahe keeps James calm and allows him to explore his surroundings without feeling confined by his parents’ watchful eyes. Outsiders still comment about James, but the attention and questions often revolve around Mahe and what he offers James. 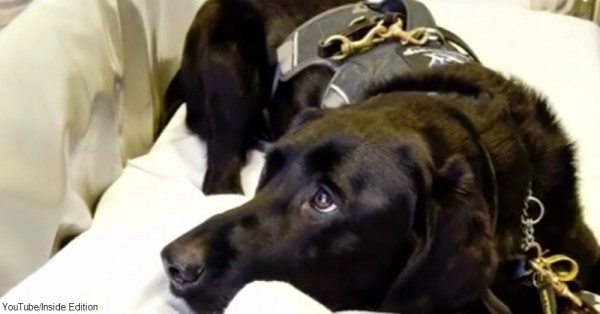 To help James at school, his teachers are being taught to handle Mahe in hopes the dog can accompany James on school outings. This could also provide assistance to other children in his class with similar conditions. The pictures of James and Mahe have found their way all over the Internet. They speak of an intense love and bond between a boy and his service dog. It’s also a wonderful testimony of what being a service dog is all about. If this story has touched your heart, check out this story about how a rescued dog showed his gratitude to a lucky fireman.