The start of 2016’s wildfire season brought multiple large fires to western states, including the Border Fire in California’s San Diego County. Many people have been forced to evacuate their homes, but government organizations, private charities and individual residents are stepping up to make sure pets and livestock get out safely as well.People who were forced to flee their homes due to the Border Fire mostly brought their pets with them. The local government and disaster relief groups worked together to provide pet-friendly shelters, such as the one at Los Coches Middle School in El Cajon, California. This allowed people with dogs and cats to stay with their pets. Those who could not take their pets with them to a shelter were able to leave them at local animal shelters for temporary care. 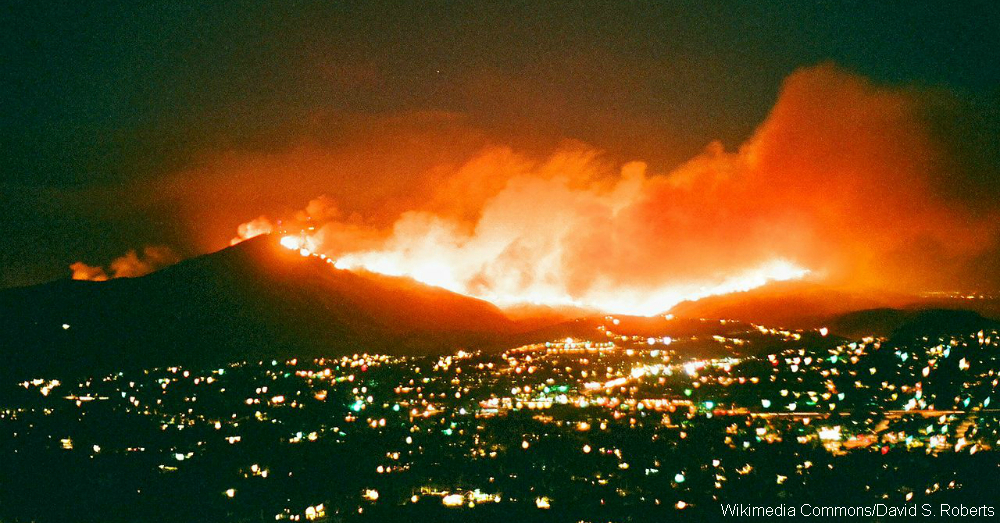 Livestock can be a more challenging problem, but several places opened up their doors. A border security station provided temporary shelter for horses, cattle, goats and more that were fleeing the flames. The Circle T Ranch, a private business, also opened their doors to livestock in need.

The Border Fire started over Father’s Day weekend, when many people were out of town. As a result, firefighters rescued many animals that had been left at home. Frightened owners called animal services to report pets and livestock in need, and the brave fire crews went in to save them. As of June 22, the menagerie of animals rescued by firefighters included donkeys, dogs, chickens, rabbits, horses, goats, an emu and a cat. The owner of a miniature donkey farm was unable to evacuate all of the animals, so fire crews helped ferry 29 miniature donkeys to safety. In addition to evacuations, crews are feeding and watering livestock at ranches that aren’t yet under evacuation orders. 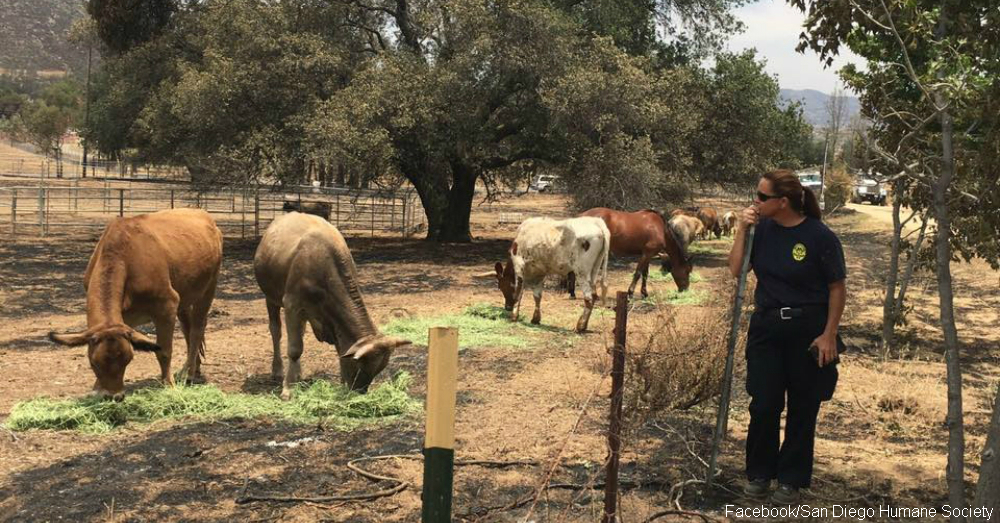 Californians affected by the Border Fire have learned the importance of having an evacuation plan firsthand, but every animal owner should be prepared. Animals complicate evacuations, so plan ahead to make sure you can keep your furry friends safe if the worst should happen.Wildfires and other natural disasters cause unimaginable devastation, but people rally to save animals and keep families together. Donate here to help feed animals after natural disasters.