Keeping pigs as pets has become a growing trend, but it also a has a dark side. They can make great pets for the right owner, but make sure you know what you’re getting into before you adopt one. Although many people think of pigs as dirty, smelly animals, they can be surprisingly sensitive, too. They’re as smart and eager to learn as dogs are, and many adapt well to trick training and other fun activities. They’re also cleaner than most people think, and their droppings are small and fairly odor-free. Pigs also don’t shed much or catch fleas, and very few people are allergic to them. They can be housebroken or litterbox trained, and they’re much quieter than most dogs. 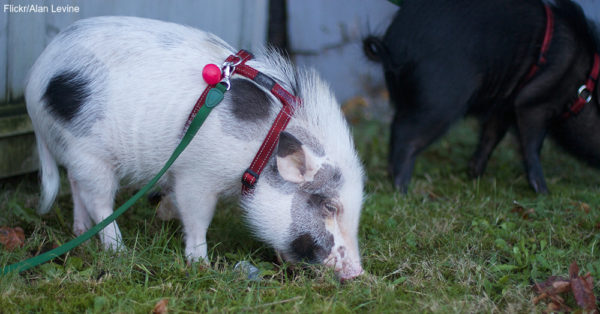 However, pet pigs aren’t for everyone. Many unscrupulous breeders advertise so-called “teacup” or “mini” pigs, which they claim should stay under 50 pounds. In reality, potbellied pigs that stay so small are often the result of severe inbreeding, which leads to other genetic problems. If not, they’re often starved as piglets, which is cruel and can lead to ongoing health issues. The average Vietnamese potbellied pig weighs about 120 pounds. There are plenty of pigs in rescues that need homes and are old enough that you can easily estimate their maximum size. 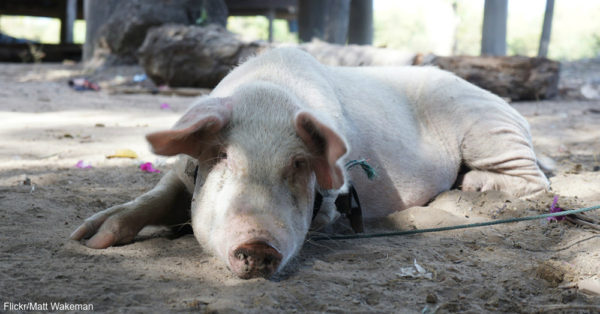 Pigs also need a significant amount of time and energy from their owners. They’re highly social animals, which can pay off in the form of affection and love, although they’re more subtle about it than most dogs. Their intelligence means that they may become destructive or manipulative if left to their own devices, though, and it’s easy to spoil them. They also become depressed if their owners abandon them. Many urban and suburban homes are not zoned to keep pigs, which can result in the animal being seized. It can also be difficult to find a veterinarian willing and able to treat pigs effectively in many areas. Although adopting a pig is a big commitment, they can make excellent pets for the right owners. For more piggy inspiration, check out the story of Horton, who is too big to be a house pet but found a happy home nevertheless.