Whitney Turrentine of Lubbock, Texas was saddened to see a female pit bull tethered to a pole in front of an animal shelter that had been closed for a year. The pit bull, named Gracie, was happy to see someone and started wagging her tail, but she was emaciated and had flies buzzing all around her body. Fortunately for Gracie, her luck began to turn around, all because Whitney chose to stop and lend a hand.According to KCBD, Whitney went viral with the story shortly after taking Gracie to the Lubbock Animal Shelter Adoption Center. She posted a message on Facebook explaining what happened, calling whoever left the dog there cruel and stupid, and criticizing the city of Lubbock for not taking down a sign on the animal shelter’s previous location. 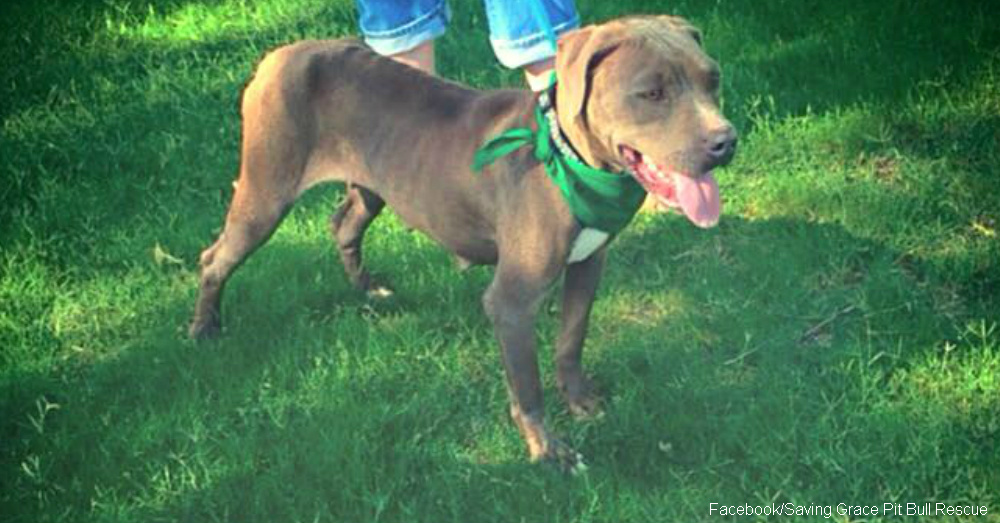 Things still weren’t looking good for Gracie, as none of the no-kill shelters had room for any more dogs. The shelter she went to would have to euthanize her in three days. However, social media came through, as a family agreed to a foster program with Saving Grace Pit Bull Rescue. Since the rescue is full, the only way it can help any new dogs is when someone offers to foster them.

As far as why Gracie’s previous owners abandoned her in the first place, Laci Holcombe of Saving Grace Pit Bull Rescue thinks she knows the reason. She told The Dodo that given Gracie’s malnourished condition, she was probably bred for profit, starved and then abandoned. It’s a sad, horrible tale, but at least now Gracie is receiving foster care. Once she fully recovers, a new family can adopt her and give her a forever home.Gracie went through a terrible ordeal, but her positive nature shows it didn’t break her. Just like Mandi found a hero, Gracie did as well thanks to a Good Samaritan who reached out to help her.