Mothers, both human and animal, seem to have a sixth sense when it comes to their babies. They will go through extraordinary lengths to protect children when needed. Such is the case with a litter of 3-week-old tabby kittens in New Zealand that were dropped off in mid-October.

One morning, staff at Mill Road Vet Clinic arrived to find a cardboard box filled with kittens at the front door. The person who left the box was nowhere in sight, so the clinic took the babies inside and decided to raise them until they were old enough for adoption. The vet clinic normally doesn't take in young animals, as the local SPCA handles that, but the clinic made an exception for the litter.

Within a few hours, staff noticed something was amiss. An adult tabby cat kept trying to enter the vet clinic. Even as pet owners brought in big dogs for their appointments, the cat tried to sneak in through the door each time it opened. 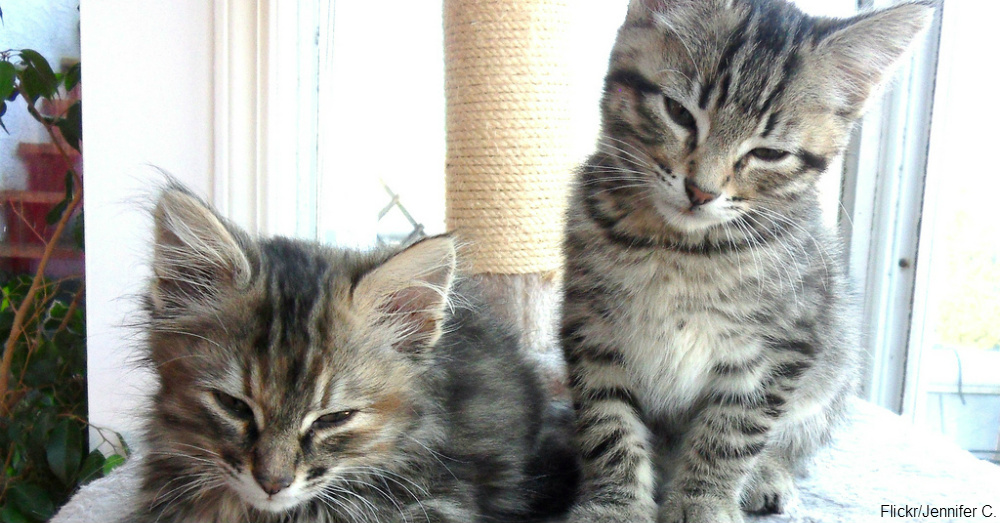 The following day, the cat was fast enough to get through the door before staffers could stop her, and they finally realized why she was so intent on getting in. This was the mother of the kittens dropped off the previous day. The vet clinic speculated the cat was initially in the box with her kittens, but escaped when someone approached the front door to open the clinic.

The bond between mother and babies was instantly obvious to the veterinarians at the clinic. Once the mama found her babies, the kittens began to suckle her as if they knew what to do. The mother then started to clean her kittens, cuddle with them, and take care of the litter as if they were a family. 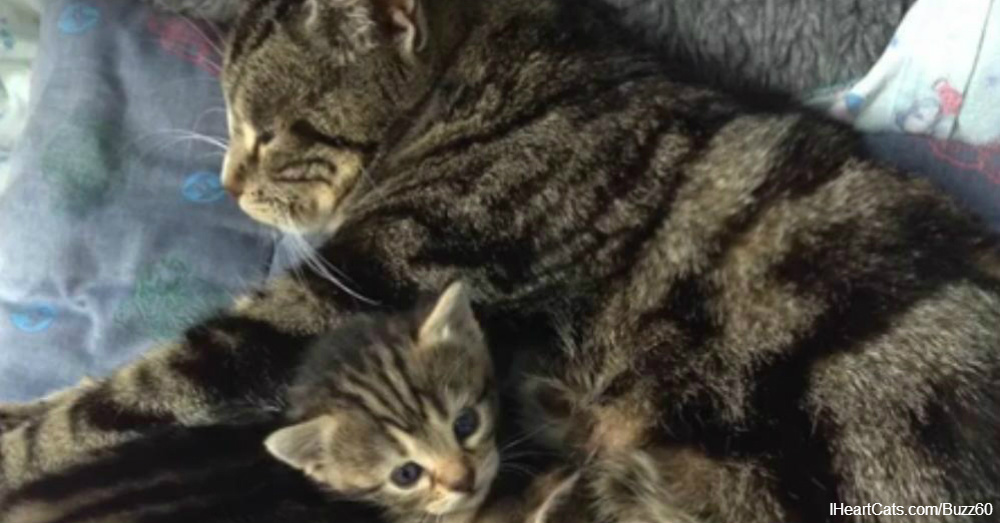 This explains how mama cats feel as if they can raise animals of different species, such as baby chicks or mice, even though birds and mice serve as prey for cats. This can happen when one of these animals comes into the nesting area. If a mother cat can't find her kittens, her mothering instincts become frustrated, and she could go through extraordinary lengths to try to find her babies. This could also explain why mother cats may take in orphaned baby animals, including rabbits, squirrels and skunks, after losing their own litters.Interspecies motherhood instincts don't just occur in animals. Watch as this human mama's instincts made a difference in the life of one kitten.