Camels are strong and sensitive animals that are able to withstand excessive weight on their humps, but that doesn’t mean they should be subjected to cruel amounts for human entertainment and bragging rights.

Every year, Pakistan holds a cruel camel weight-lifting contest and people from around the world participate. Crowds of over 20,000 people come to watch. This year’s winner, Qasim Hussain, is from Britain and his four-year-old camel won after having 1.7 tons, equivalent of a small car, loaded onto its back. 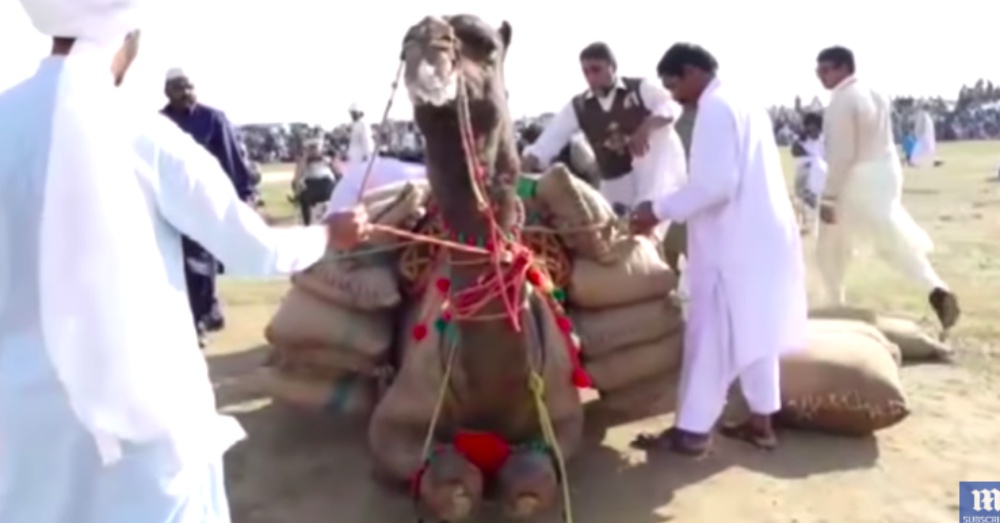 Animal activists are up in arms, as they should be, over the barbaric contest. Camels are forced to withstand sacks full of heavy rocks that are added until the animal can no longer stand. This inhumane contest does not take the camel into consideration, just the pride and ego of the humans. 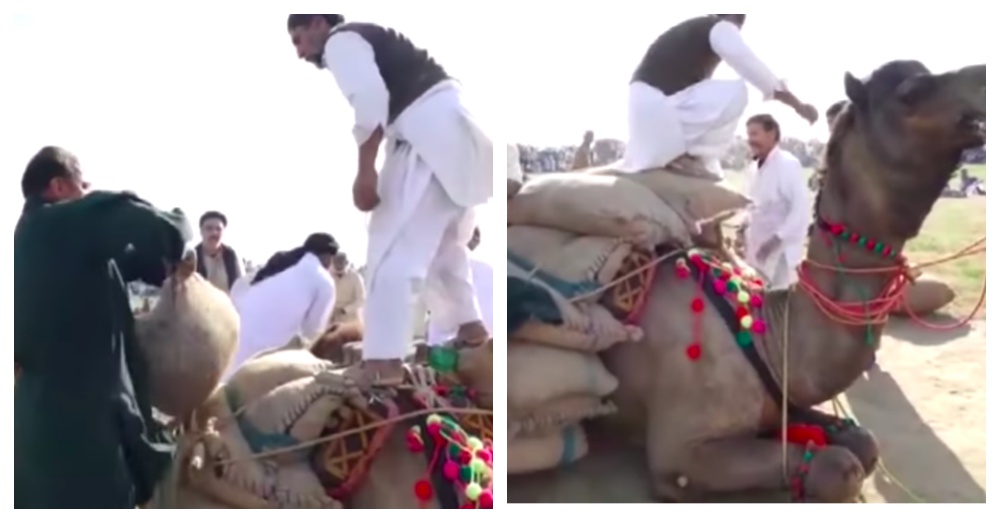 The rocks are weighed in front of the competitors and then added to the camels back while it is lying down. The camel is restrained by a rope that is keeping its front legs tied to its neck, not allowing it to stand until it is removed. Then the camel is forced to stand up and walk around with the heavy rocks before being declared the winner. 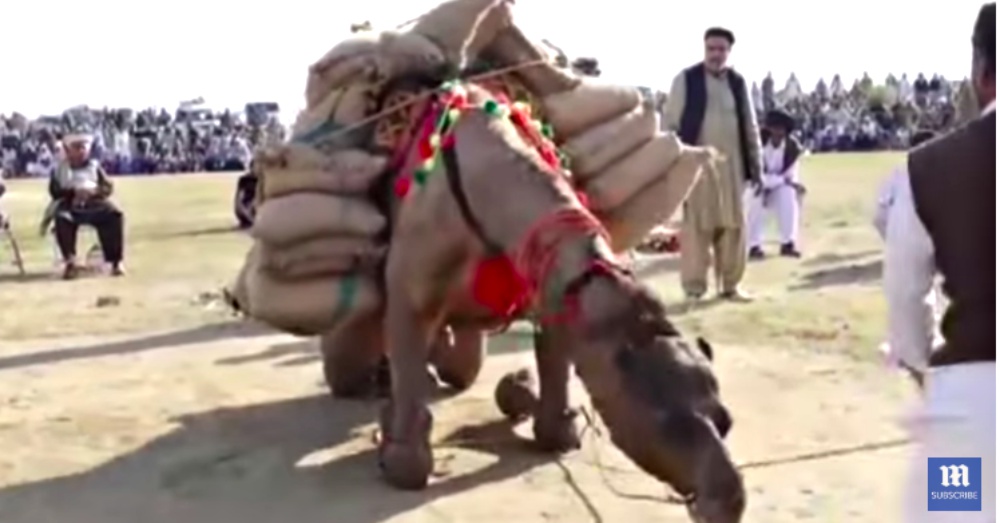 PETA director Elisa Allen said, “If anyone wishes to enter a weight-lifting contest, they should train and have a go at it, but leave the animals out of it. Camels are intelligent, sensitive individuals, and treating them as living cranes for human amusement adds to the many types of abuse, including their eventual slaughter.” 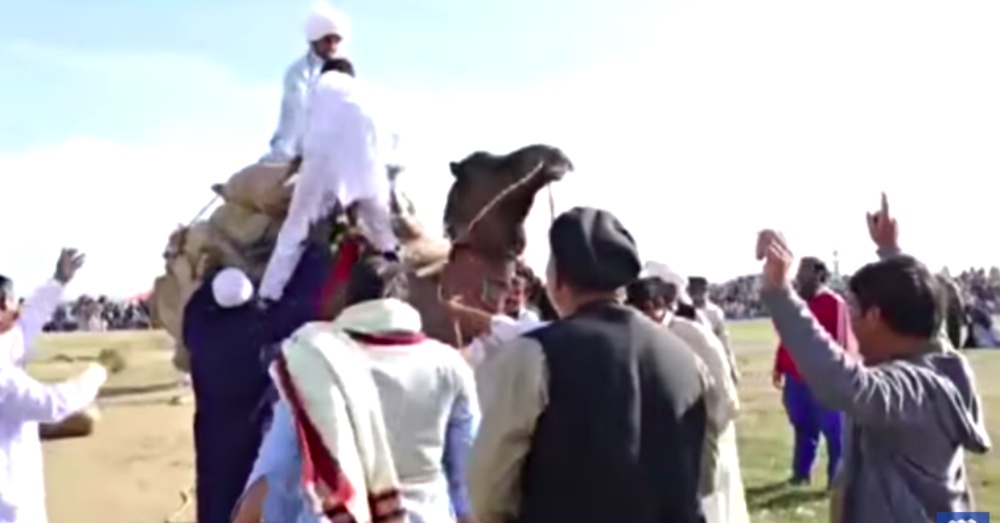 Qasim said, “This is just a way of people coming together and enjoying each other’s company. You win the respect and the reputation from the people around you, I felt like a champion when I won.”

Despite the criticism, Qasim plans to compete again next year in hopes of winning three years in a row.

Watch the cruel contest in the video below and see why it needs to end.

Spain’s Supreme Court Upholds Ban On Cruel Festival That Tortured and Killed Bulls: Click “Next” below!