Dogs love unconditionally and one former puppy mill dog proved it by taking in orphaned puppies.

No Dog Left Behind, a canine rescue organization in Minnesota, rescued a pregnant corgi from a puppy mill and named her Sara. Shortly after her rescue she gave birth to a litter of puppies.

Stephanie Easley, foster coordinator at the rescue, praised Sara for being a loving and devoted mother. “She is always loving and checking on her puppies. She allows and even places her puppies into her foster family’s hands and checks them over when they are placed back in the pool,” Easley told The Dodo. 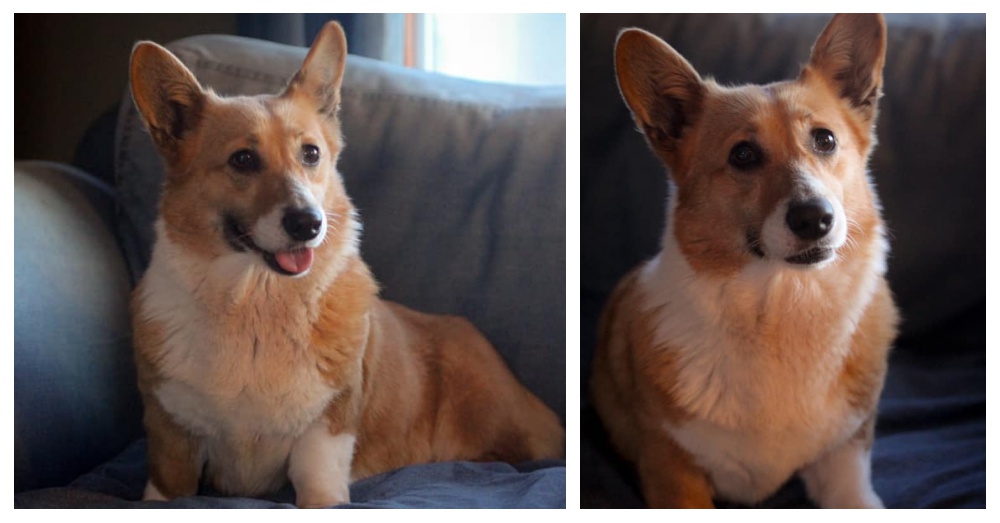 The rescue received a call about orphaned pit bull puppies that appeared to be only a few days old. As their name implies, they agreed to take in the puppies. “Their foster fed them every 2 hours. Night and day. Hand feeding 5 puppies takes some time… by the time all were done eating it was about 45 mins before they had to eat again. All were gaining weight and seemed fine. They were all lively and alert,” wrote the rescue. 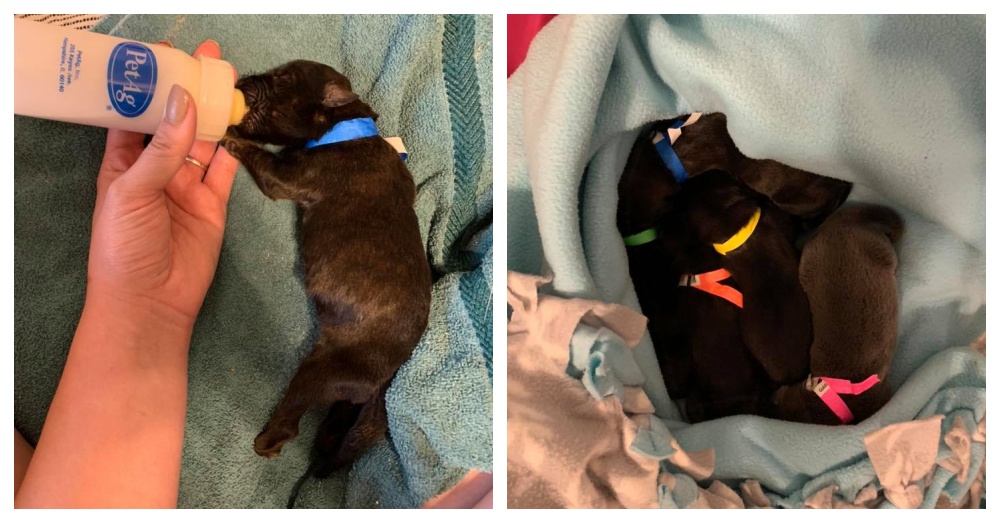 Sadly, one did not survive. The remaining four puppies were so young and would do best with a foster mom, so the rescue introduced them to Sara. The sweet and doting mother welcomed the orphaned puppies and treated them as her own. 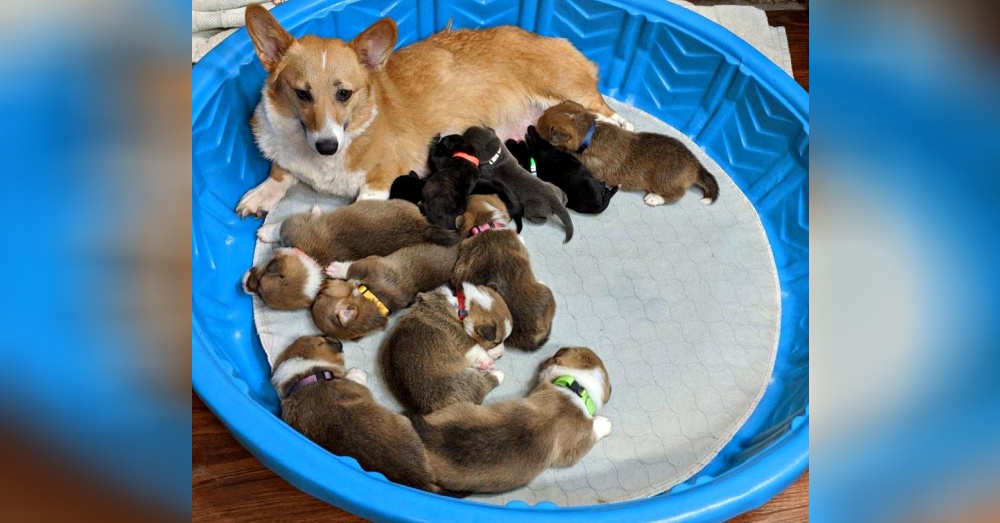 The rescue was thrilled that Sara accepted the little pups, giving them the best chance at surviving. “Not every day do you see a Corgi momma nursing a bunch of bullies (they look like an adorable bully breed to me). Not only did momma take in these babies, but her litter is accepting them as well!!” 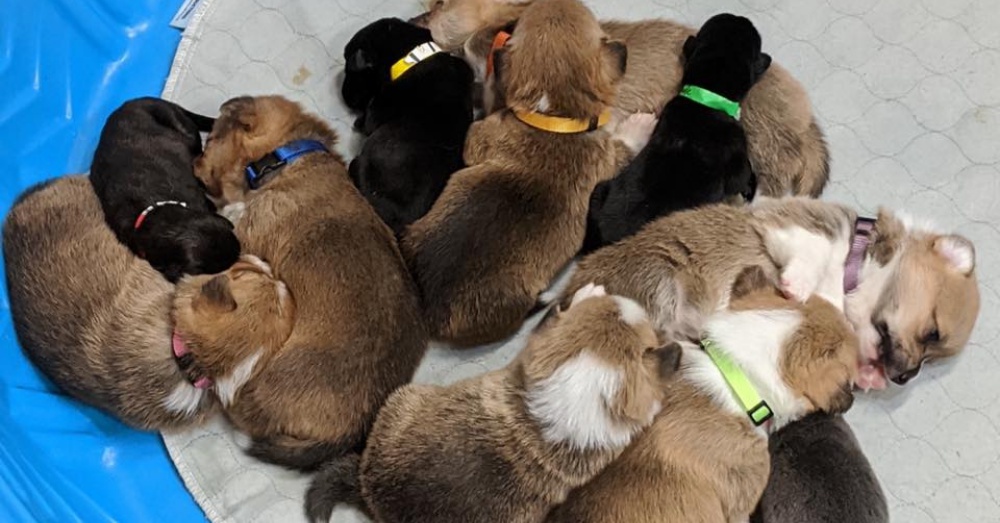 Easley commented, “She’s doing so amazing and is protecting them like her own!!”

Momma and all her puppies are being cared for in a loving foster home. Once the puppies are eight weeks old, they will be put up for adoption. Anyone interested in fostering, volunteering, or adopting can contact the rescue. The rescue is able to save countless lives because of the compassionate fosters and volunteers.

“We are so very thankful for our amazing fosters who do such incredible things!”

Woman Flies Badly Abused Dog 2,500 Miles Then Shows Her Love: Click “Next” below!