It takes nothing from a human to be kind to an animal. A Florida police officer is a shining example of that. Deputy Joshua Fiorelli is being praised for his compassion to a dog he found after she was hit by a car.

Fiorelli found the injured dog who was in excruciating pain and immediately tried to comfort her. Sometimes dogs can become defensive when they are hurt, but this sweet girl just wanted help. The compassionate cop took off his jacket and wrapped it around the dog. He continued to comfort the dog by gently petting her until help arrived. 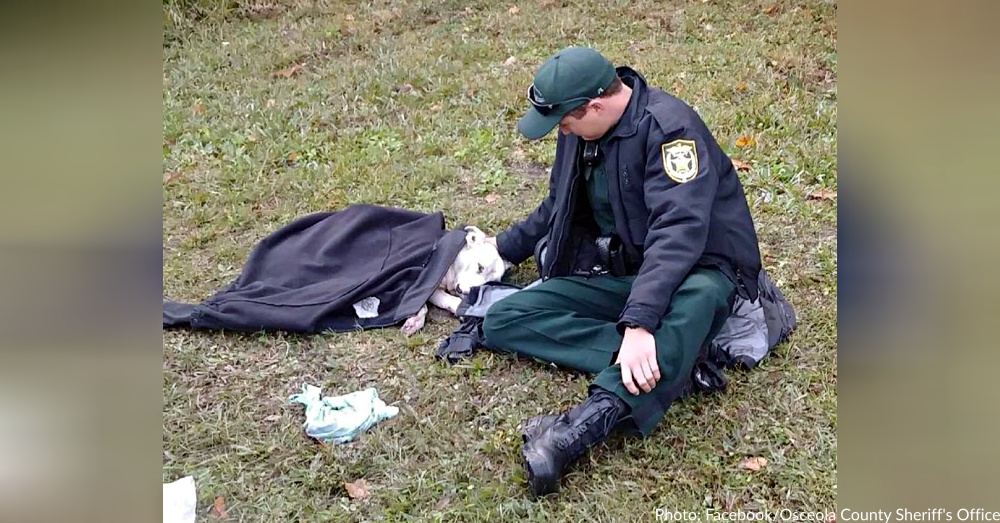 A passerby was taken by the officer’s kindness and snapped a photo. Carlos Irizzy was walking his dog along Royal Palm Drive in Kissimmee, Florida when he came upon the officer and injured dog. He told WFTV, “This is something you don’t see every day.”

Fiorelli said, “It was cold out. She was wet. She didn’t have anyone there so I dedicated to be that person. I know a lot of dogs become defensive when they get hurt. She was not defensive at all.”


The injured dog was brought to Osceola County Animal Shelter where she is recovering. She will need surgery, which is scheduled for Thursday. The staff believes she will make a full recovery. However, she does not have a microchip so she will be held for three days for her owners to come forward.

The officer is glad that the dog will recover and urges people to microchip their dogs. “Keep an eye on them. They may only be a part of your life, but you’re their whole life,” he said.

The photo of the touching moment between the officer and the dog has gone viral. Osceola County Sheriff’s Office praised the officer for “serving with care and compassion.”