In most states, interfering or distracting someone’s service dog is a misdemeanor offense and possibly even jail time.

That’s not currently the case in Connecticut, but a bill brought up at a recent General Assembly Judiciary Committee meeting may soon make it so.

“I wish I could say that people understand, or that they respect us when we ask them not to distract our dogs, but they don’t,” local resident Christine Elkins told Connecticut legislators.

Elkins recounted the time when she was chased through a parking lot by a man who wanted to pet her dog. Despite suffering from mobility issues, she made it safely to her vehicle with her dog, but the man wouldn’t let up and even began pounding on her window.

In another state, the man’s actions could have amounted to a $500 fine and up to 90 days in jail. But Connecticut claims no statute or ordinance regarding such of harassment. 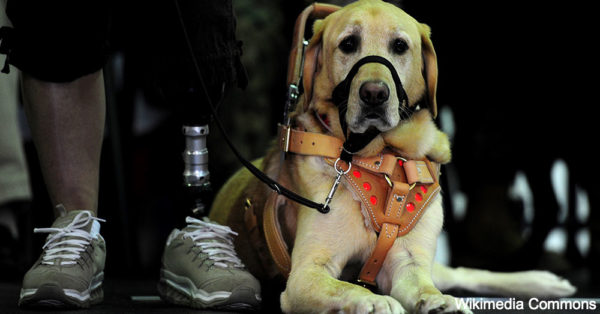 “It is surprising that it is not a crime in Connecticut to harass or otherwise interfere with a guide/assistance dog or the dog’s handler,” the Connecticut Commission on Human Rights and Opportunities wrote to the Judiciary Committee, as US News reported. “Connecticut is behind less progressive states with regard to protecting the rights of guide/assistance dogs and their handlers.”

The proposed bill would classify such actions as a Class C misdemeanor, carrying with it fines and up to three months in prison. Now facing a vote by the Connecticut House of Representatives, the bill will hopefully help much more than it restricts. Lawmakers made it clear that this measure is not meant to scare those who are simply kind to animals. Wording in the bill directs punitive measures against those who “intentionally interfere” with service dogs.

Service dogs in Connecticut are allowed in public areas and on mass transit, but they are required to be leashed, licensed, and outfitted with official orange collars or harnesses, indicating their purpose. 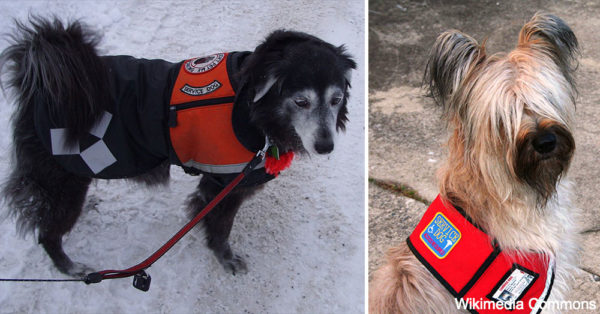 While service dogs provide a much-needed service for those with disabilities, Meals on Wheels has likewise served as a crucial link to nutrition and social activity for our country’s elderly citizens and their pets. The current administration’s plans to defund supporters of the program may leave many without this vital resource. Click the button below to help keep Meals on Wheels in full operation.

Animals are served by the nationwide service too, and many will be put at risk if proposed cuts go into place in 2018.
Tell the Director of the Office of Management and Budget and President Trump to reconsider the proposed budget cuts and continue to fund Community Development Block Grants and Meals on Wheels!
Make a difference