Workmen at a cement plant leaped into action when they saw a raccoon fall into wet concrete.

Concrete dries completely within a few hours, so time was not on their side.

A senior female raccoon was walking along the edge of a vat and took a wrong step which led to her falling into wet concrete. The men grabbed a wide board and lowered it into the concrete so she could climb out. 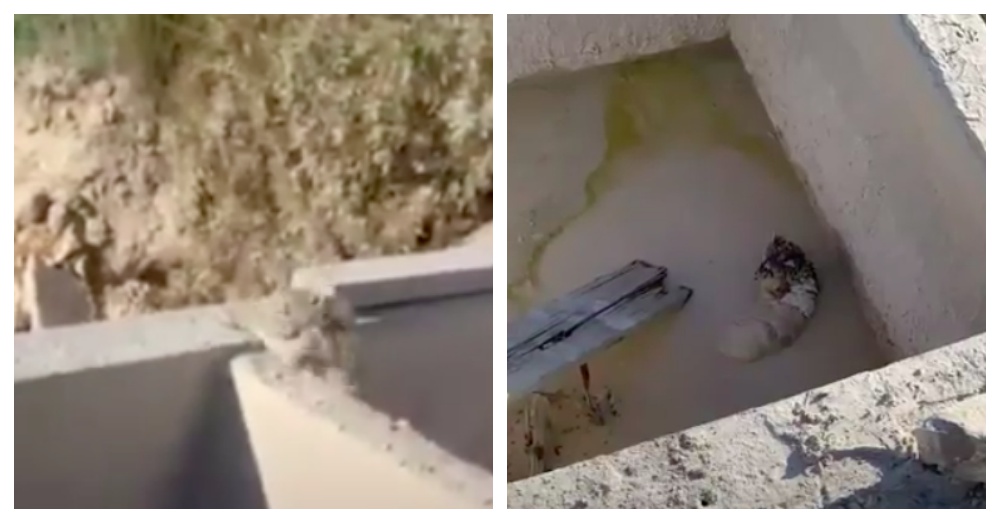 They stood back and let her make her way up the board. Slowly, she pulled herself out of the concrete and climbed the board. It was obvious that she was exhausted, but also determined to make it out. 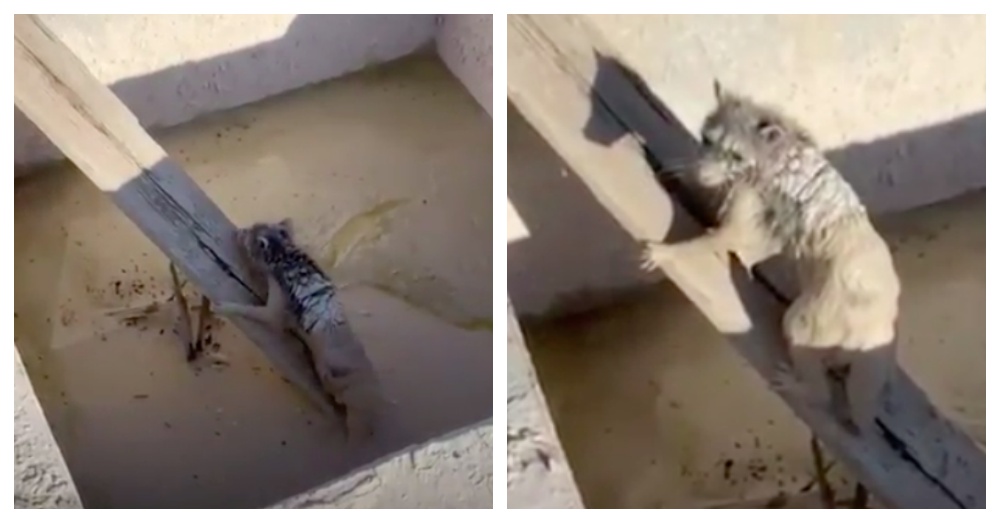 They contacted Southwest Wildlife Conservation Center (SWCC) in Arizona to come and rescue her once she made it out. 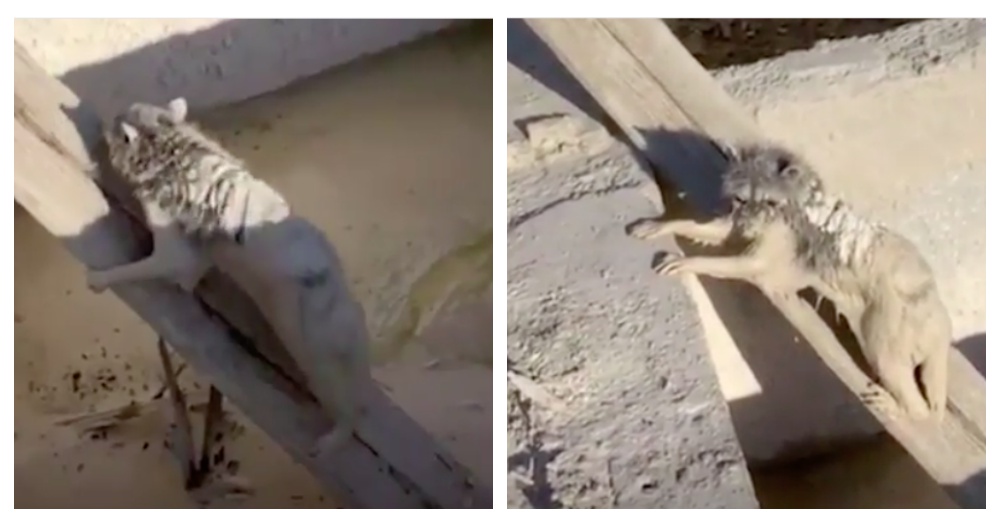 SWCC arrived and transported the raccoon back to the center to be treated. “When she arrived at SWCC the concrete had already set so she was pretty much a stature. She had to be shaved to get all the concrete off ( 14 clipper blades later ) then got a bath. Her skin was burned from the lyme but it has now healed and her hair is growing back,” posted Linda Searles, executive director of the center.

Typically, SWCC will rehabilitate wild animals and then return them to the wild. However, some animals are not able to return due to health, age, or other factors and those animals are offered sanctuary. The raccoon will remain at SWCC as a permanent resident due to her age and lack of teeth. Her new role is foster mom to orphaned raccoon kits and she is doing amazing. 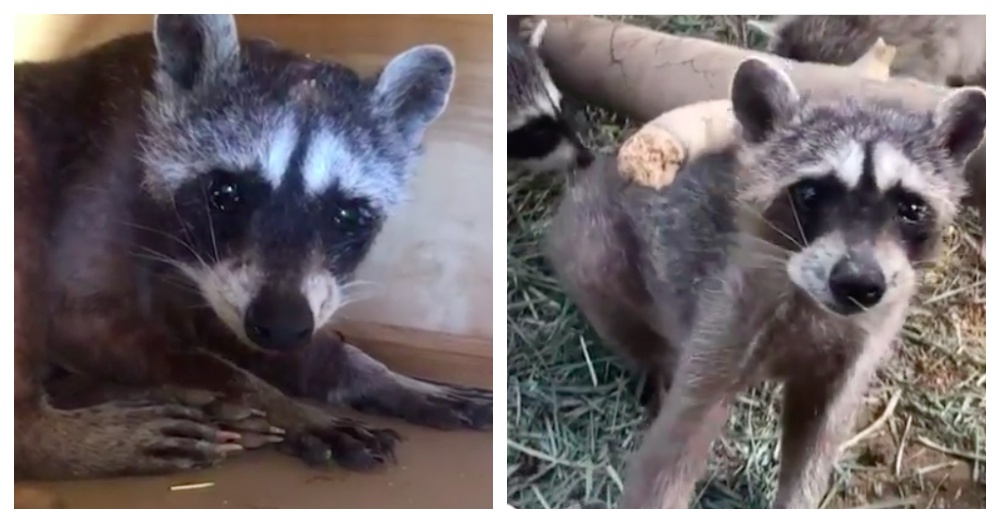 SWCC praised the workmen for their help with the rescue and posted, “Please don’t criticize her rescuers. She would not be alive today if they had not stepped up to help.They also knew enough of wild animal behavior to give her some space and a way out. As a wild animal, she would likely not have accepted help any other way. They also cared enough to get her the right help by finding a wildlife rehabilitator.”

Searles posted looking for names for the raccoon and right now “Survivor” is the only one suggested. It is a fitting name. Thank you to everyone involved in the rescue.

Watch the amazing rescue and rehabilitation in the video below.

Adopted Kitten Tries To Look ‘Intimidating’ When She Meets Her New Dog Siblings: Click “Next” below!