Kitten Trapped In Chimney For 3 Days Before Rescuers Arrive

Imagine spending three days without food, without water, without seeing another living soul.

Now, imagine going through all of that as a tiny, frightened kitten.

Jose and Jocelyn Pascual are not kittens, but while sitting at home one day, they did hear the sounds of one coming from their chimney. For the next three days, they tried to free the frightened animal from the small space.

But nothing was working. 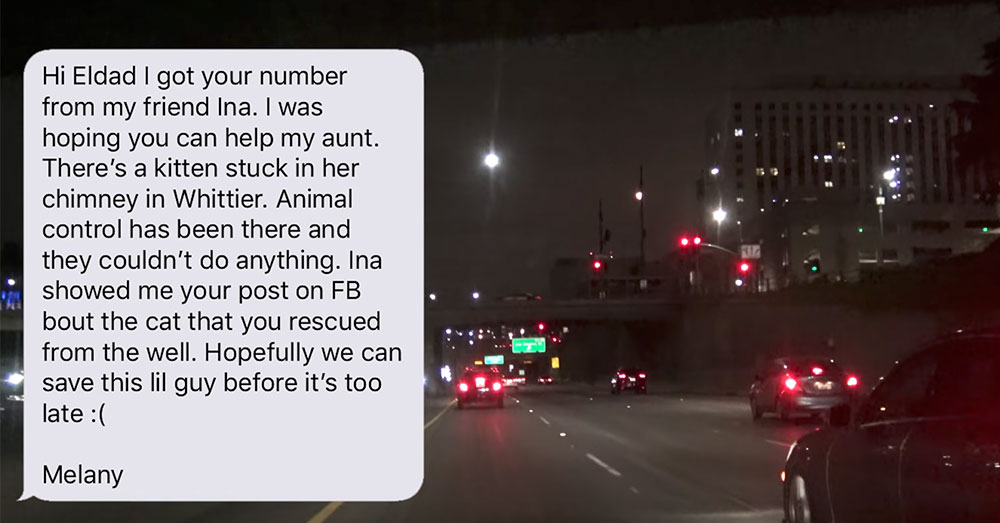 Source: YouTube/Hope For Paws – Official Rescue Channel
A text message from the Pascuals.

According to The Dodo, it wasn’t until the couple’s niece contacted rescue organization Hope for Paws that any progress was made.

Rescuers Loreta Frankonyte and Eldad Hagar made a late night trip to the Pascual residence and assessed the situation. Hagar climbed up on the roof, looking down the chimney, while Frankonyte kept watch inside. 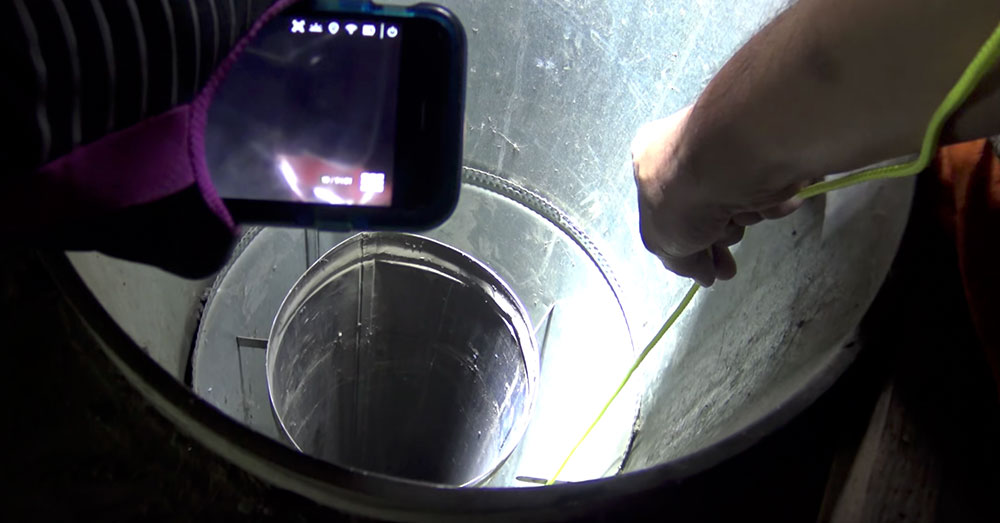 Source: YouTube/Hope For Paws – Official Rescue Channel
A kitten had been trapped in the Pascuals’ chimney for 3 days,

Dropping a tiny camera into the chimney, Hagar tried using technology to find the kitten.

Still, no sign of kitty. And this time, the mews had died down. Both the Pascuals and the Hope For Paws workers were growing more worried by the minute. It would take some serious effort to get this cat out. Serious effort like tearing the wall apart.

That’s just what they did.

Hagar and Frankonyte began by drilling holes into the wall. Widening the holes, they eventually reached the motionless kitten at around 2 a.m. But three days without food or water had taken its toll on the animal. They feared she had passed away moments before.

Just then, more mews. The kitten had survived.

They brought the kitten into the kitchen to nurse it back to health before taking it to an emergency animal hospital. And, from the looks of it, just in time!