Watch This Chihuahua Show Off His Best Cattle Calls

This little 5-pound ball of energy wants the cows to know he is very important.

Maybe he’s after a future in cattle rustling, or maybe he’s just the head honcho on the ranch. Either way, this cowpup is a treat to watch. 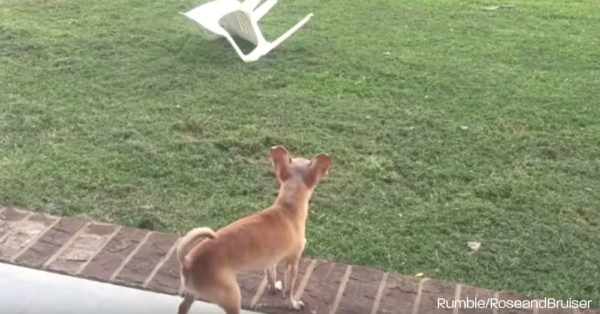 Have you ever seen a better ranch hound, pound for pound? Watch him show off his cattle calls in the video below.

Julie Hunt Julie resides in Northern New Jersey with her two kids, two dogs, cat and partner. She has two published books which make excellent trivets if you aren't a fan of poetry. She tolerates people but LOVES animals. If she isn't blogging, she's most likely cuddling with her pups, Paisley and Skyler.
Whizzco