Like many dogs, Ellie is a very good girl. But the golden retriever has been especially helpful of late by helping her owners fetch curbside pickup during the coronavirus pandemic.

Ellie’s adorable antics were caught on camera when she and her owner visited a Chick-fil-A in Chapel Hill, North Carolina, according to WRAL.

The video shows the dog, dressed in a patriotic doggie bandana, dashing across the parking lot to where a store employee is waiting with Ellie’s owner’s order. The pup carefully grabs the bags by its handles, and then carries the food back to her owner, Nick. “That’s so cute!” you can hear employees gushing in the background. 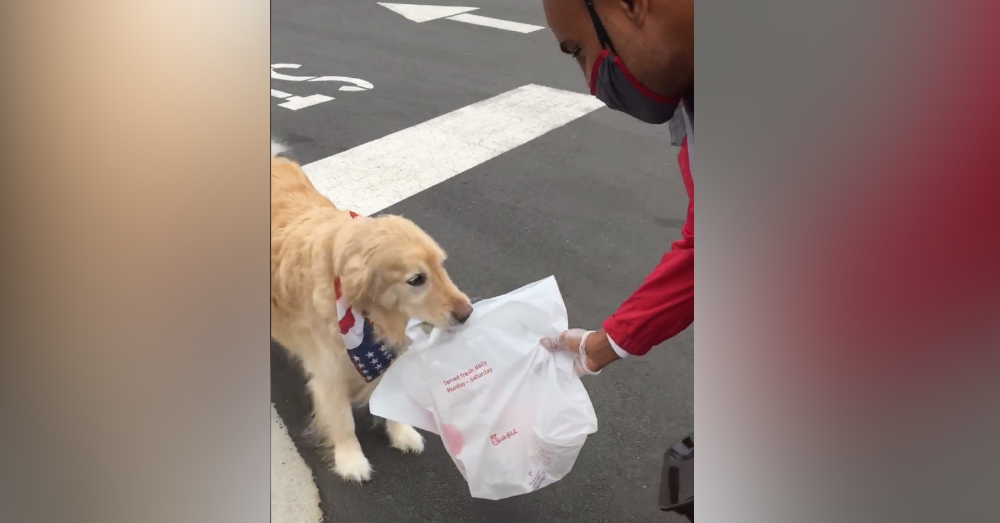 Cute as it may be, this scheme presents an element of risk, because less well-behaved pups might just take this opportunity to help themselves to the meal. But Ellie doesn’t even appear tempted to take a sneak a bite of whatever chicken or other treats that may be inside.

“My dogs would happily pick up the order… then eat it before returning to the car,” one user wrote in the comments, clearly impressed by the dog’s willpower. 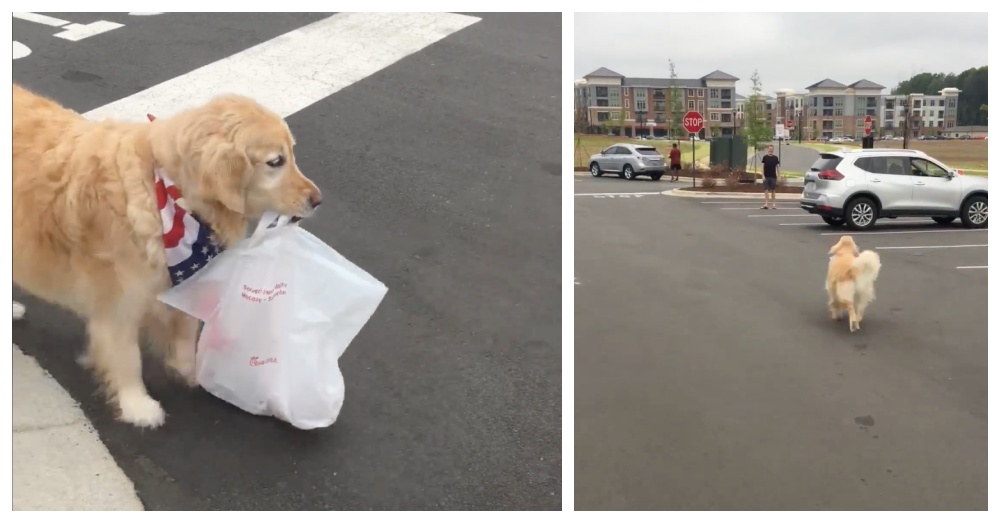 According to Ellie’s owner, Nick, his very good dog insists on fetching their order every time they go to Chick-fil-A. “Using our mobile app for curbside delivery has never been more fun or easy,” the Chick-fil-A at Carraway Village captioned the video, which quickly went viral on Facebook.

Good job, Ellie! What a good girl. Does your dog do this?

Watch Ellie at work in the video below!