Charley Desrochers was in a serious car accident and sustained head trauma. He suffers from post-concussion syndrome. He and his girlfriend decided to adopt a dog to help in his recovery. After a long search, they found the PAWFECT candidate. 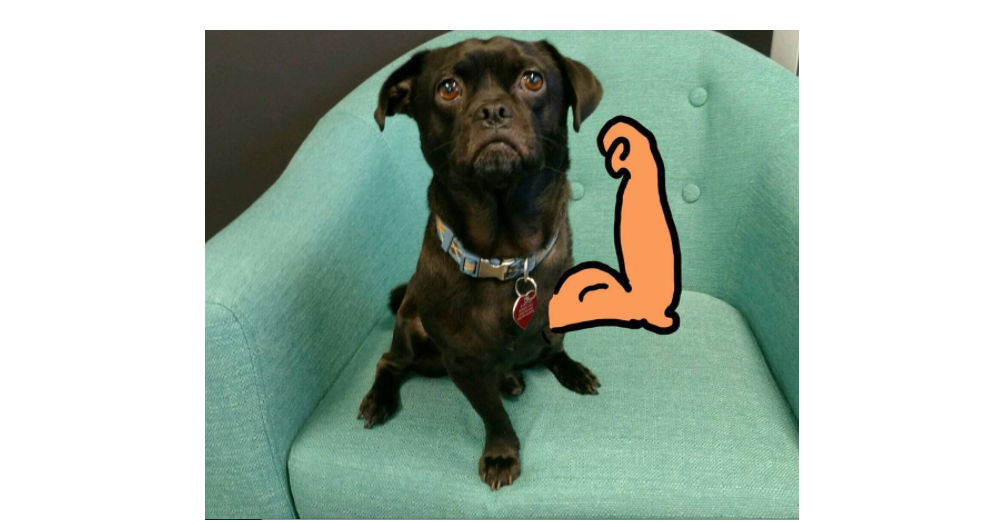 Bradley was a street dog that hadn’t had much luck. Sadly, he was hit by a car, causing major damage to his body. He had been dragging around his paralyzed front leg a long time before he was rescued. He was scheduled to have his leg amputated but then met his forever parents. The rescue group left the final decision to amputate up to them.

“At first we had a few reservations, but after a few weeks of seeing him trying to use his gimp leg to walk and how damaged it would get, even though we tried to have him wear a boot, we knew it would be for the best to go through with the operation,” Desrochers told The Dodo.

After his procedure, Bradley adjusted to life without that front leg pretty quickly. But it took him a wee bit longer to adjust to his new forever home. He was shy and a bit reserved, but with loads of TLC and a healthy routine, Bradley became the happy, goofy dog he is today.

“The best thing about him is how emphatic he is,” Desrochers explained. “He’s such a sweet dog and he knows when we are having our rough days. He loves to cuddle with us and knows we cheer up when he lets us rub his belly.”

Desrochers and his girlfriend thought that Bradley’s sweet, goofy personality could help others feel good as well. “Marianne and I are improvisors and we’re always coming up with jokes and bits with each other,” Desrochers said. “The hand idea came because the voice we use when we pretend Bradley can talk is like a Mickey Mouse voice, so we just started riffing on what his cartoon Disney arm would be doing.” 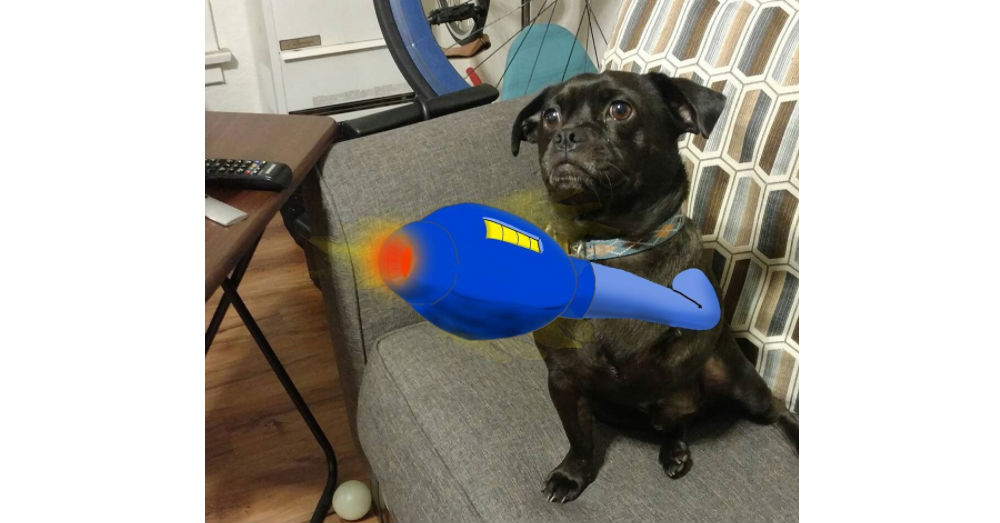 Desrochers started taking pictures of Bradley doing all sorts of things in all sorts of positions, and added a cartoon arm onto his body. The result is laugh out loud, pawdorable entertainment. Bradley goes on adventures and plays games, and his “arm” goes with him. 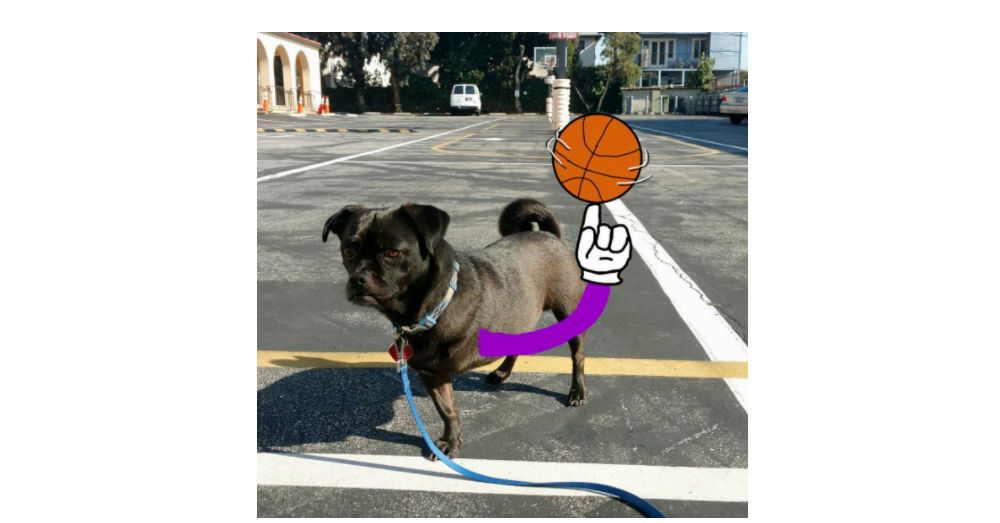 Desrochers’ photos of Bradley bring art to a whole new level. “I just try to frame Bradley well when I take the photos and I think of the arm and what he’s doing as I draw the picture,” Desrochers said. “Ultimately I try to do things that will make Marianne go, ‘Oh my God that’s cute!'” 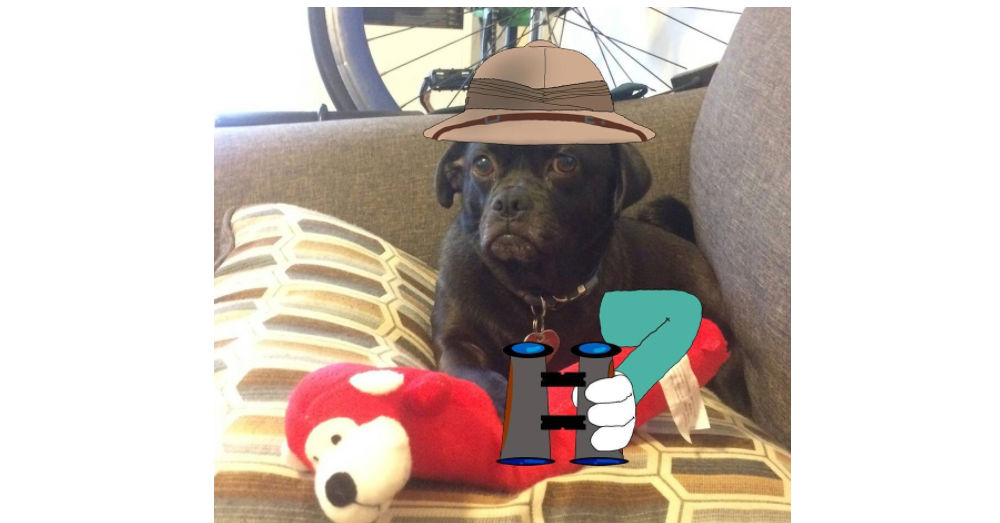 Bradley’s Instagram account has inspired a nation! The family gets loads of pawsitive feedback. “He’s gotten nothing but love,” Desrochers said. “If anything, people like the little world that Bradley lives in and we’ve gotten a ton of positive feedback from other tripawd parents, which means a lot to us.” 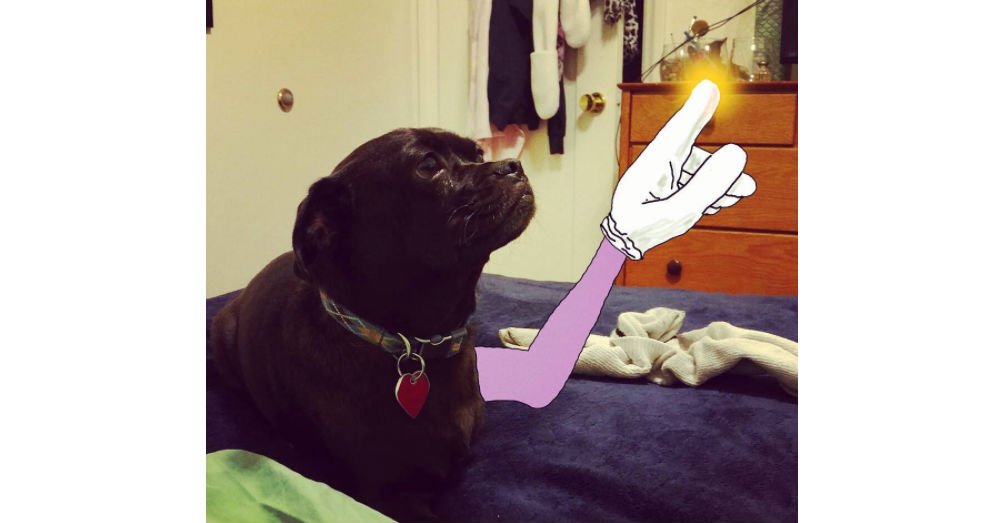 The goofy pup with three legs is teaching his fans that life is all about having fun and being loved, no matter who you are or how many legs you’ve got!