“Imagine toiling on the hard streets of Manhattan while pulling thousands of pounds of carriage and passengers, day in and day out, regardless of extreme weather conditions until you breathe your very last breath. This is the sad existence of New York City’s carriage horse,” wrote New York State Assemblymember Linda B. Rosenthal.

Tourists and locals in Central Park were heartbroken and disturb when they witnessed a carriage horse collapsing right in front of them. The frantic mare was unable to return to her feet, as her hind legs were too weak, and was later euthanized. 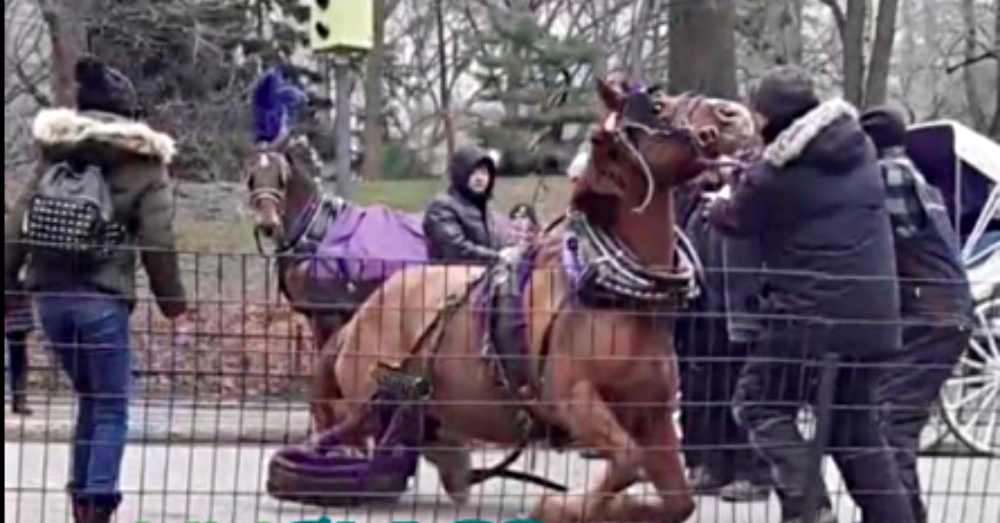 Mayor Bill de Blasio promised to ban horse carriages during his 2013 campaign, but has yet to deliver on it. Footage of the horrifying incident was released by animal rights group, NYCLASS, and has prompted the New York City Mayor to open an investigation. 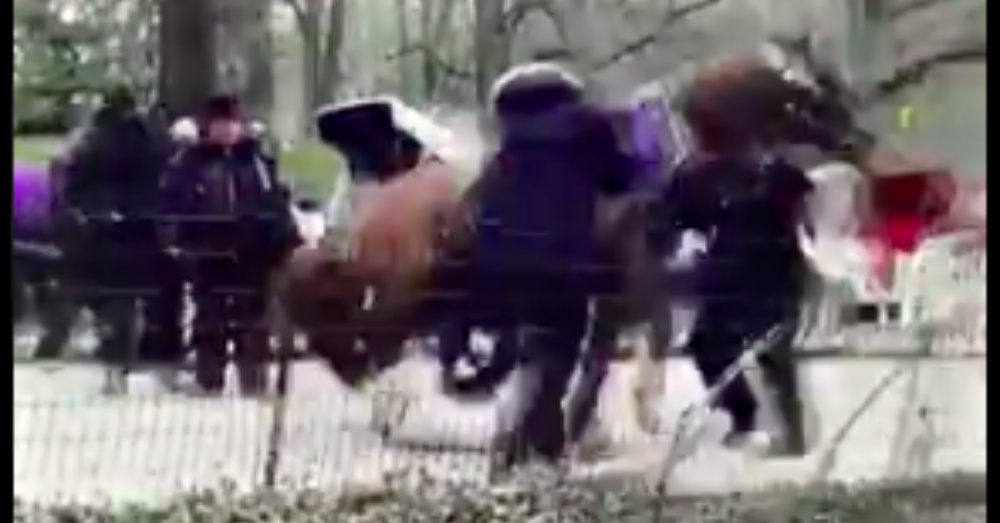 Edita Birnkrant, executive director of NYCLASS, told CBS News, “It’s very clear that it’s not possible for horse carriages to operate in NYC without causing tremendous suffering, cruelty and abuse to the horses.” 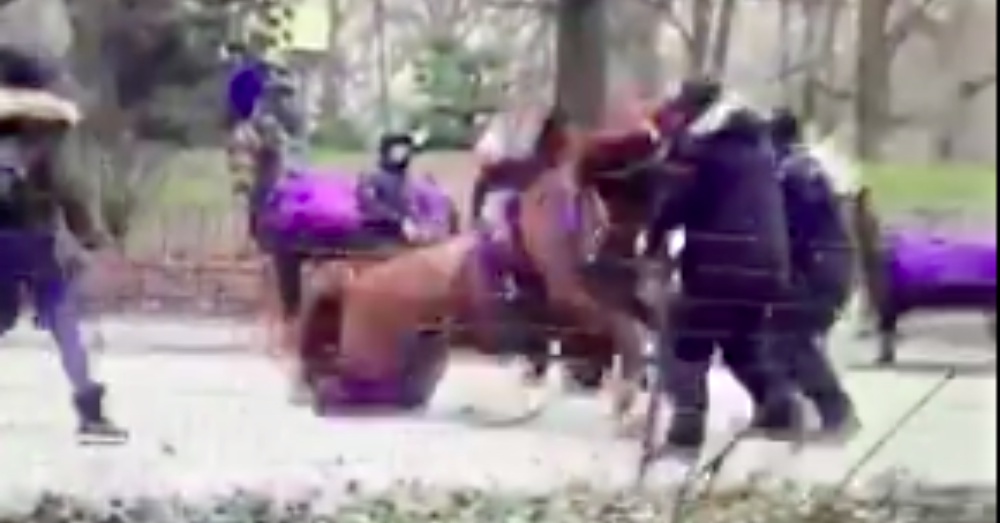 The investigation is still ongoing but Christina Hansen, a spokesperson for the NYC carriage industry, told CBS News that the 12-year-old mare named Aisha was healthy and suffered from a “cardiac event”. She went on to say, “This medical emergency appears to be something that could happen to any horse, any time, anywhere, for any number of reasons, under a wide variety of conditions.” 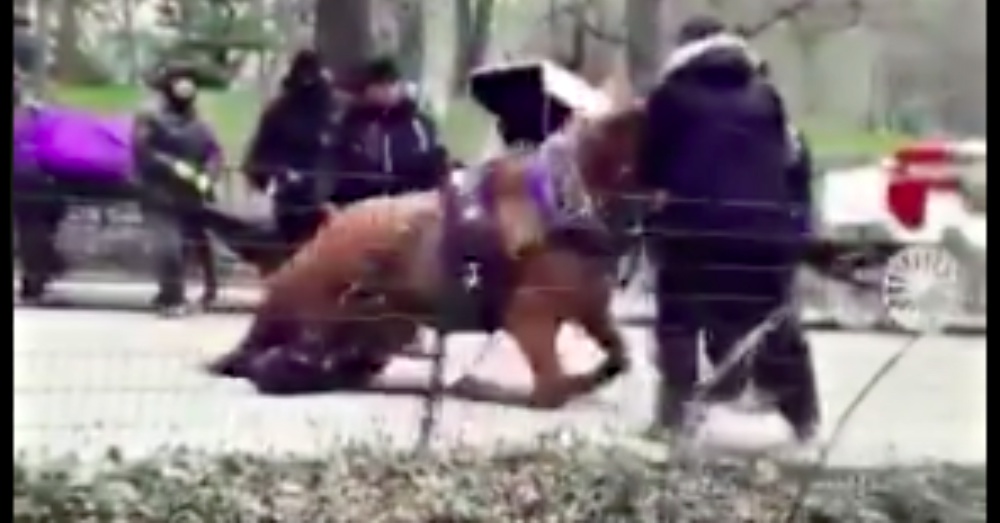 NYCLASS posted the video with the caption, “This disturbing footage from today captures a seriously traumatized, injured carriage horse violently collapsing over and over, unable to stand up.” The video has been viewed by nearly 60K people and many are outraged.

One person commented, “Enough New York City Council. Time to get with the program, you’re way behind.” Another wrote, “How is this legal??? Ban horse carriages!!!!!!” 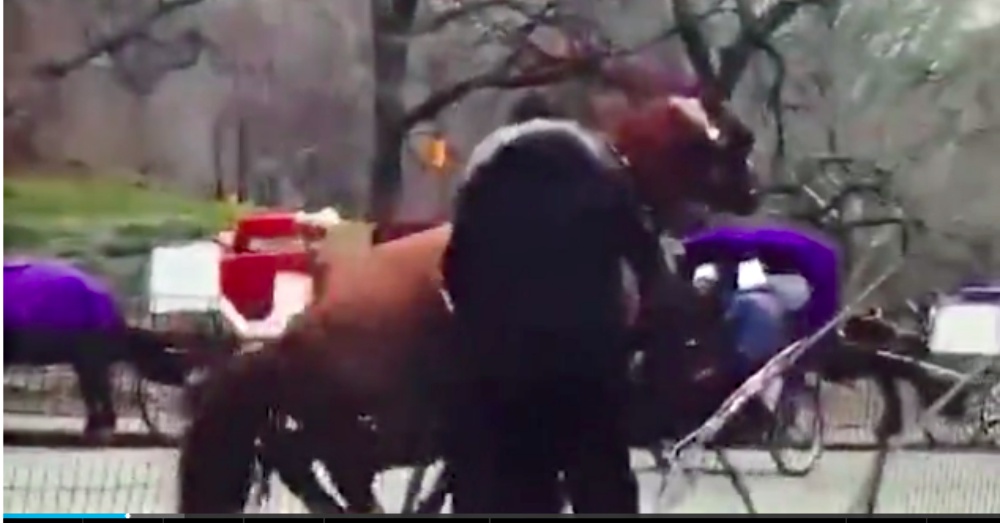 Rosenthal released a statement that read, “It pained me and countless others to have watched the video of the final gasps of the carriage horse who repeatedly stumbled and violently fell while desperately trying to regain its footing. The last moments of this poor horse’s life were full of terror and pain.”

Poor Aisha, the carriage horse that died a terrible death in Central Park, didn’t have to.

The City has a responsibility, ethically + legally, to ensure carriage horses are safe & healthy.

No horse should be worked to death. My statement about Aisha’s death 👇@nyclass pic.twitter.com/aQQyrz2ppS

Mayor Bill de Blasio tweeted, “The video of a horse collapsing and dying in Central Park yesterday is painful and says so much about a persistent problem. 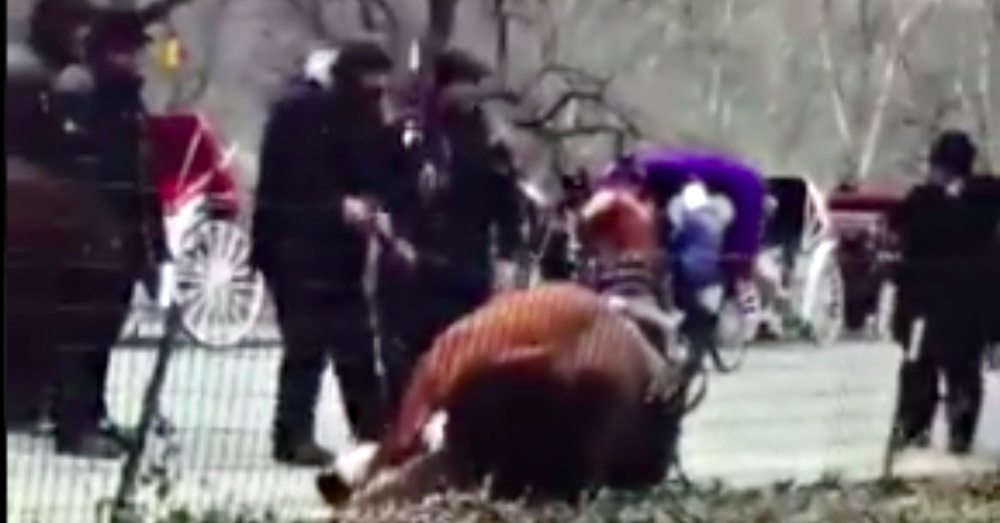 “We’ve made real progress in animal welfare but we must go further. The NYPD’s Animal Cruelty Investigation Squad is on the case and WILL get answers.”

WARNING: The video below is disturbing. Viewer discretion is advised.