Winter, for most of us, means freezing temperatures and a lot of snow. For Turkey, they are experiencing some of the coldest days that they’ve endured in a long time.

One shop owner is trying to make these days a little warmer for the stray cats. Selcuk Bayal, who runs the small stationary store and café in Istanbul, has transformed his business into a temporary refuge for a dozen stray cats. 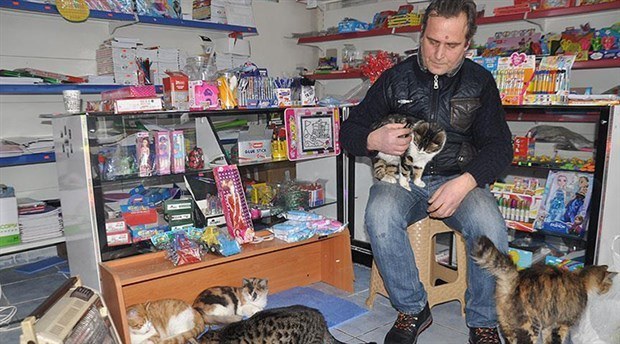 Many animal lovers are touched by his kind gesture toward the cats, but others are not impressed. So he put up a sign in the store window which reads: “Those who are bothered by cats, do not shop here!” 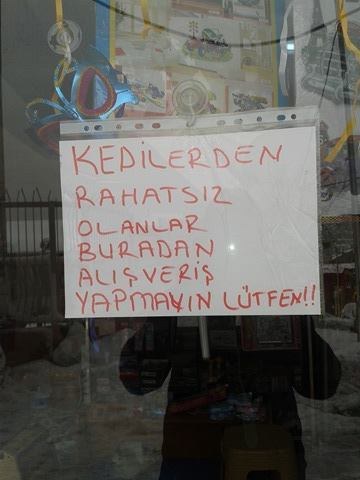 Bayal is more concerned with saving the cat’s lives rather than making money. 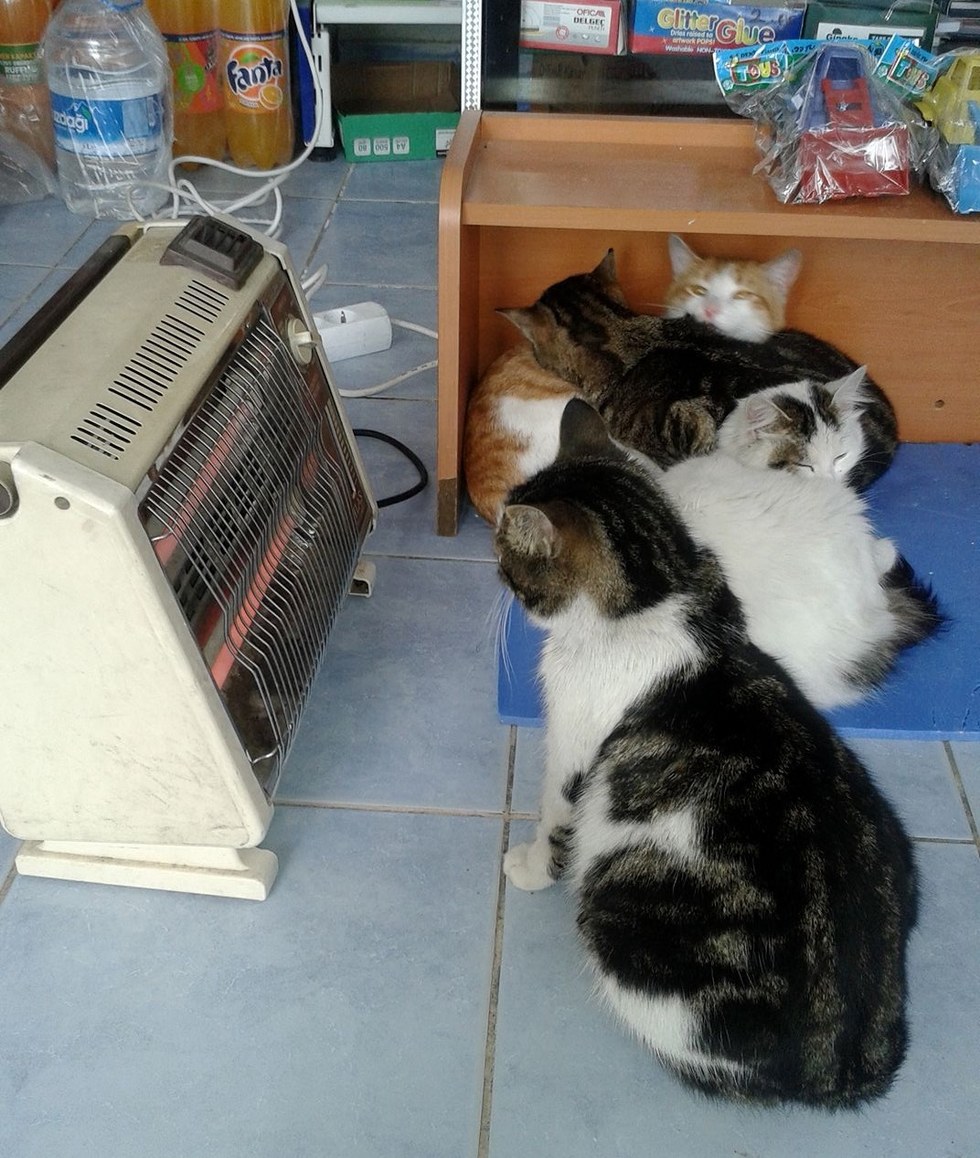 “They are grateful for any kind of help. The cats’ glances tell us that they are thankful,” Bayal told The Dodo. “Our doors are open to all living creatures – hungry cats, dogs, and even people. It does not matter.” 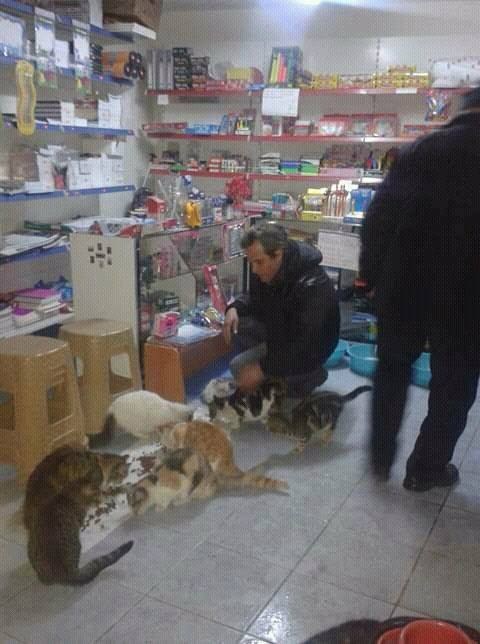 If only everyone could be as kind-hearted as Bayal! Then the world would be a much better place! Hopefully this story inspires people to be more kind to animals and also other humans! 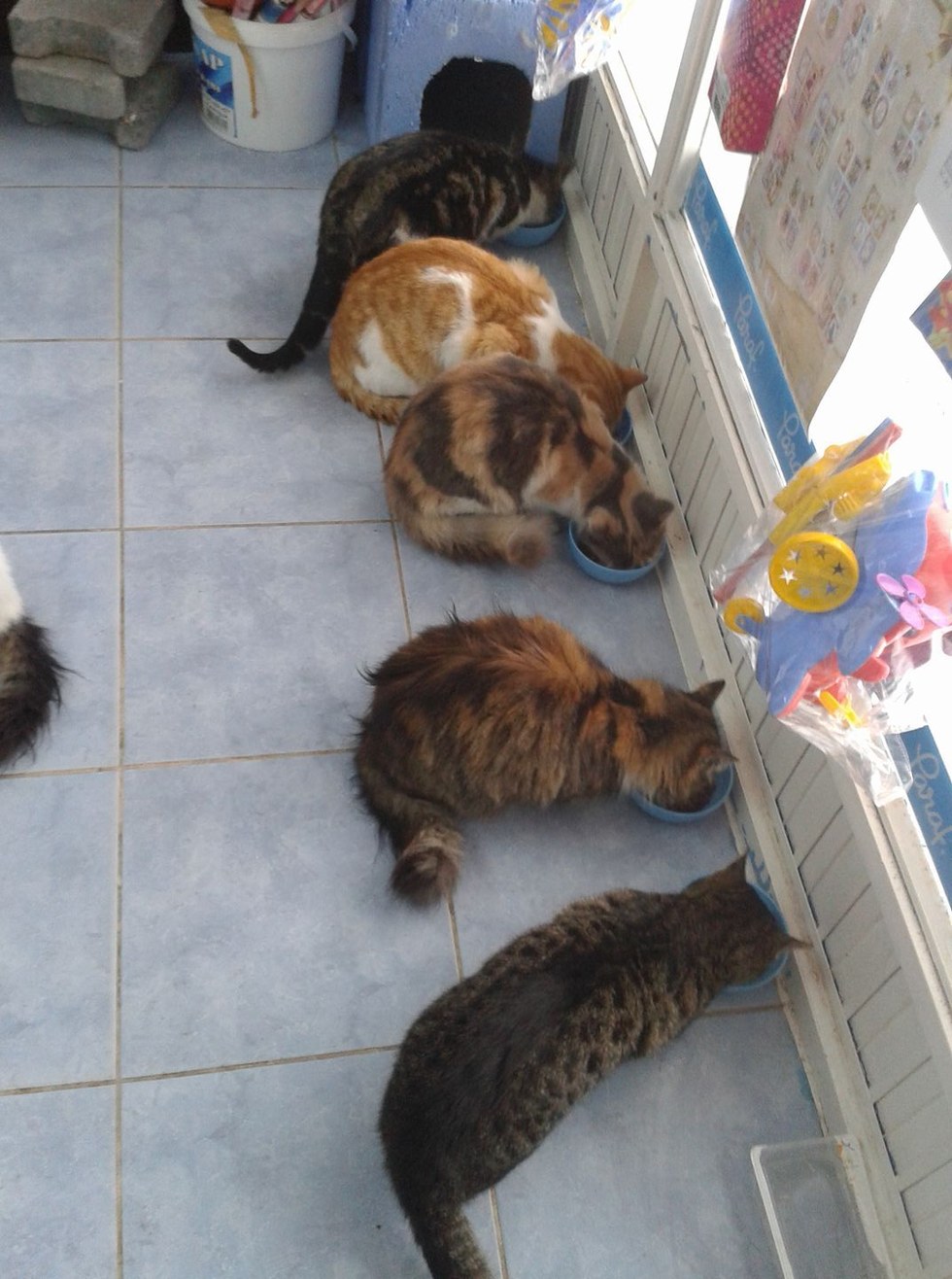