This subject is graphic and upsetting, but it needs to be brought to light in hopes of saving thousands of cats. With increased awareness and people demanding change, together we can make a difference.

Cats are a curious, adorable animals that like to cuddle on their terms. They will entertain you for hours simply by playing and being themselves. What they are not is a meal.

Northern Vietnam has cages filled with cats for sale, not as pets, but as a “delicacy.” Felines are listed on local menus as “little tiger.” The meat is an expensive “delicacy” and is thought to bring strength and agility. The locals in the area eat cat meat at the beginning of the month or year, as they believe it brings them good luck. However, it is illegal to consume cats in Vietnam!


Post Magazine states, “In 1998, Phan Van Khai, the then prime minister of Vietnam, issued an order – which has never been revoked – banning the eating of cat meat.” However, the ban is being ignored because the people who are supposed to enforce it are the ones eating cats. The ban was supposed to protect cats and other predators that are not viewed as livestock in Vietnam. Unfortunately, cats are not being protected, and the cat meat market is thriving.

Le Duc Chinh, Vietnam coordinator of the Asia Canine Protection Alliance, tells Post Magazine, “Sadly, the people who should be enforcing the law are eating in cat restaurants. “I believe that people will stop eating cat meat only when they stop eating dog meat. The suffering these intelligent animals go through is the same.”

Learn more
Is it not just the officials and locals that are consuming cats. Travelers from other countries are adopting the ‘when in Rome’ mentality and partaking. There are health risks, and people have died from consuming cat, because cats may be infected with diseases.

According to the video posted by Radio Free Asia, one seller says “he sells 20-30 cats a day. He said he gets them from owners who do not want to care for them anymore.” This concerns local cat owners, as they cannot believe that people would surrender their cat to a butcher. Many of the cats in cages have collars on, which points to them being pets that were stolen.


Cats are crammed into cages and smuggled from other countries to keep up with the demand for cat meat in restaurants. “Cats are being illegally smuggled in terrible conditions across borders and from one country to another to supply this industry. And because cats are small, many more of them have to suffer and die to meet demand,” Le Duc Chinh goes on to say.

The trade is incredibly cruel; cats are crowded into cages and transported in sacks, and because “tough” meat is desirable, cats are terrified and tortured prior to inhumane butchering. Customers are able to pick a live cat from a cage, and it will be butchered and served to them. The cats are boiled alive in hot water, then skinned and butchered. The bones that remain are used to make a broth for medicinal purposes. This cruelty has to end.


John Dalley, of the Thailand-based Soi Dog Foundation, reports to Post Magazine, “The vast majority of these animals are stolen pets or illegally imported from other countries. The dangers of spreading diseases such as rabies and cholera cannot be overstressed, even if one accepts the cruelty involved in the trade.”

The dog meat trade has been getting a lot of attention, and farms are being shut down, saving hundreds of lives. The cat meat trade, however, is not getting the attention it deserves and needs.

Michele Brown, CEO of Fight Dog Meat charity, tells Daily Mail, “Recently dog meat has drawn a lot of attention, but cats get almost none. This frustrated me, so I decided to capture one of the street markets.” She released graphic images and video of a cat meat market. She hopes to raise awareness and help end this cruel trade.

Watch the video below of a market in Northern Vietnam selling cat meat. CAUTION: there is graphic footage! 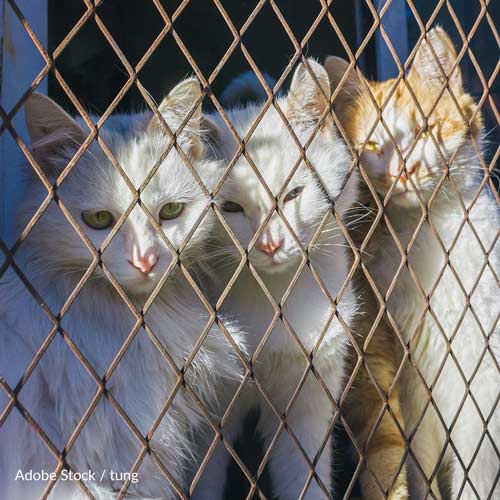 Groups of cats are transported in sacks, and because “tough” meat is desirable, cats are terrified and tortured prior to inhumane butchering. Some restaurants cram living cats into cages, so that consumers can pick which one to eat. Then they are boiled alive in hot water. One cat butcher boasted of killing 31 cats in one day for his restaurant. This is barbaric cruelty toward intelligent, sensitive, and innocent pets. [1]

Sign now and demand this gruesome meat trade be ended for good. Like dogs, cats are meant to be our friends – not dinner.