Firefighters Pull An Unconscious Cat From Burning Home, Then Save His Life With Their Quick Heroics

Sammy, a ginger cat, was rescued from a burning home in a Rotterdam, the Netherlands. Firefighters battled the smoke to save the cat, who was already unconscious.

The video, which was captured by a bodycam that the firefighter was wearing, shows the firemen reviving Sammy outside with an oxygen mask after he was pulled from the home. After using the mask and gently pushing on his chest, Sammy finally regain consciousness. Firemen gave him water to clear his airways, before he let out a big meow. 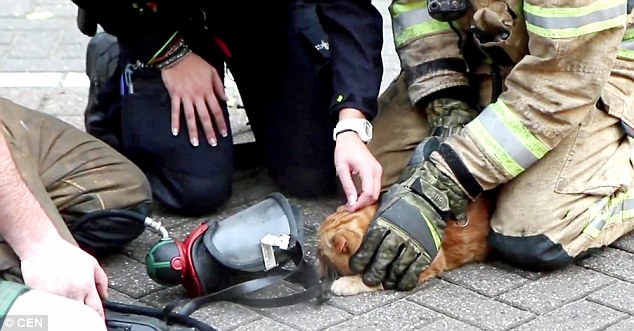 15 flats were evacuated in the fire. Sammy’s owner, Stan Loemers, lost all of his possessions in the flames, but said his cat was the only possession that he cared about. “The animal means the world to me,” he told DailyMail. 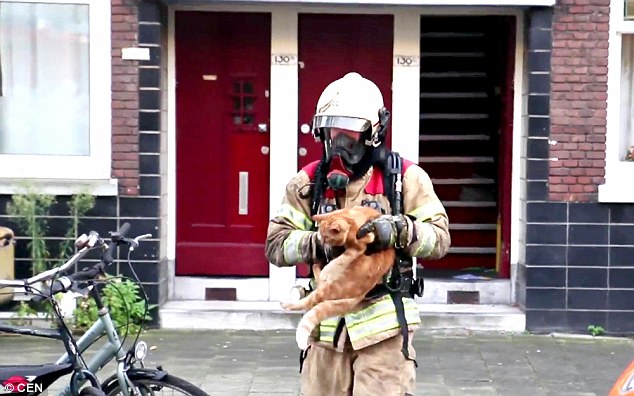 He believes Sammy did not try to escape on his own because he is an older cat and a little bit chubby. Thankfully the firefighters’ quick actions saved the cat’s life. Sammy was taken to the vets for observation and is now doing great.