Cats don’t always land on their feet, according a new video. In the CCTV clip, which has since gone viral, a clumsy cat falls off his second story balcony and landed directly on a man walking his dog in the city of Harbin, China.

Although the cat seemed to survive unharmed and quickly darted away, the elderly dog walker wasn’t so lucky. The old man was knocked unconscious when the cat landed squarely on his head. Moreover, none of the other pedestrians who witnessed this bizarre encounter seemed to know what to do. Some folks were so startled they literally fled the scene, leaving the unconscious senior to lay by himself on the sidewalk. 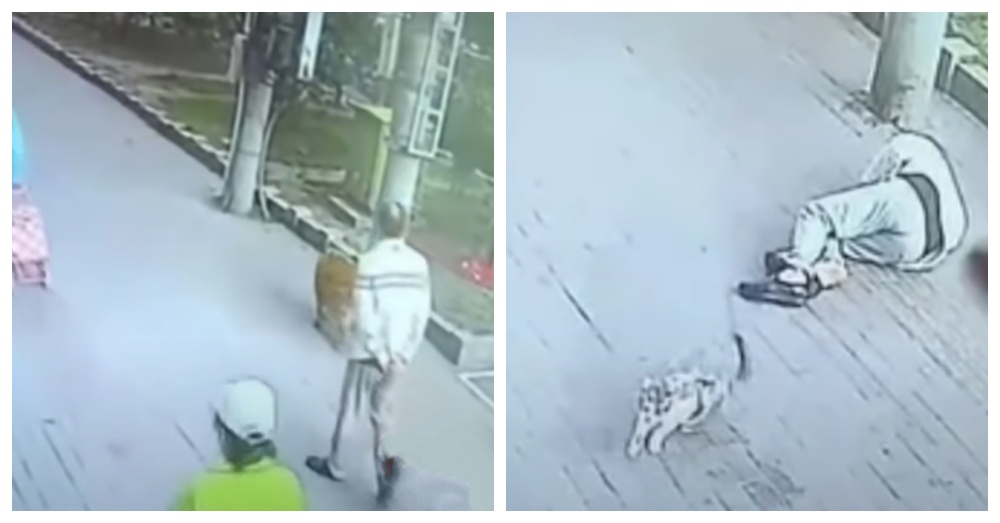 The only bystander who seemed to have his wits about him was the victim’s dog, a golden retriever who was couple of steps ahead of his owner when the cat fell from the sky. But once the dog saw his owner lying injured on the ground, the pup ran over to corner the feline offender, presumably to give him a piece of his mind. 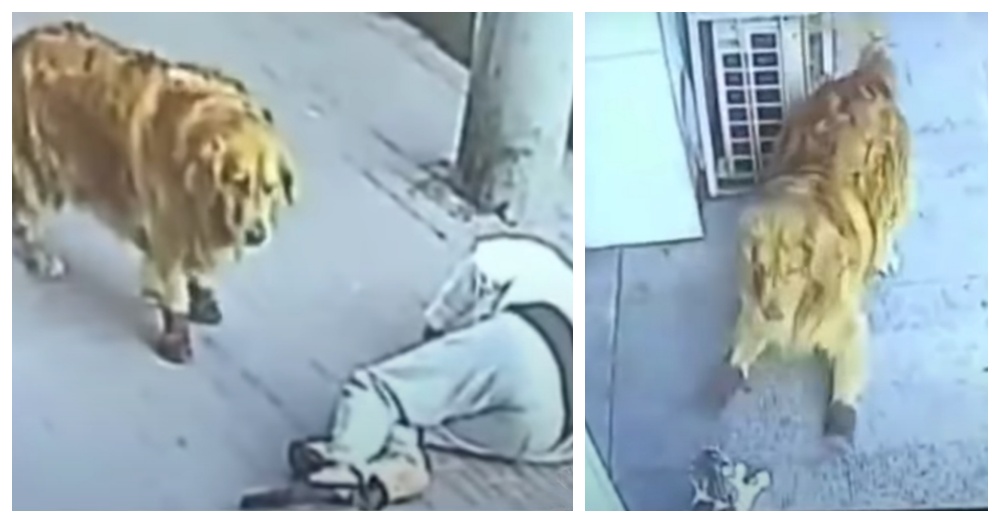 Finally, somebody took the injured man to the hospital, where he was diagnosed with a cervical spinal injury and stayed in the hospital for 23 days. Now the dog’s owner, who is recovering with a neck brace at home, is arguing that the cat’s owner, who is also his neighbor, should cover his medical bills. It seems like the very least s/he can do!

Find out more about this truly strange case in the video below!