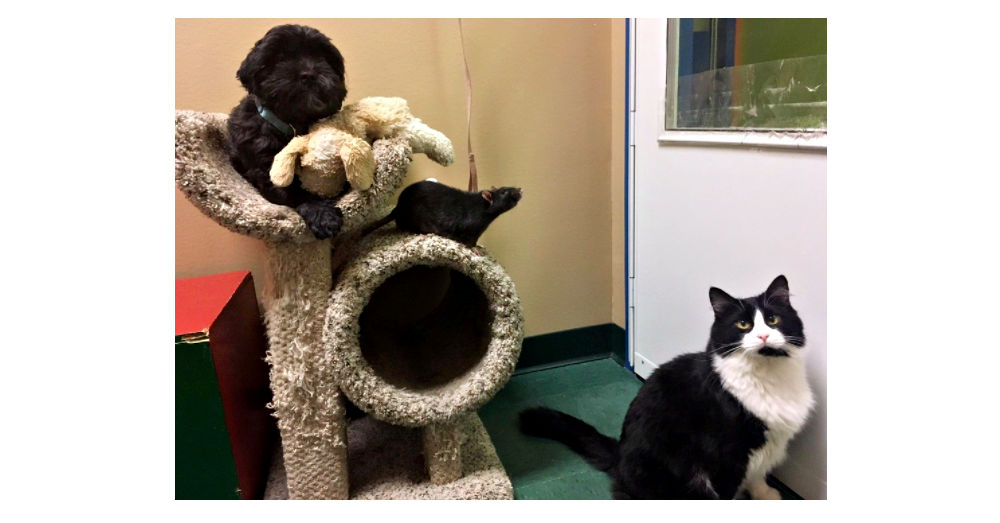 Jack needs Sasha to be his eyes, when his fail him, and his emotional support. Sort of like a guide dog and therapy dog wrapped into one. Jack wouldn’t let the veterinarian examine him without Sasha being present when they arrived to the shelter but once Sasha came into the examination room, Jack calmed right now. 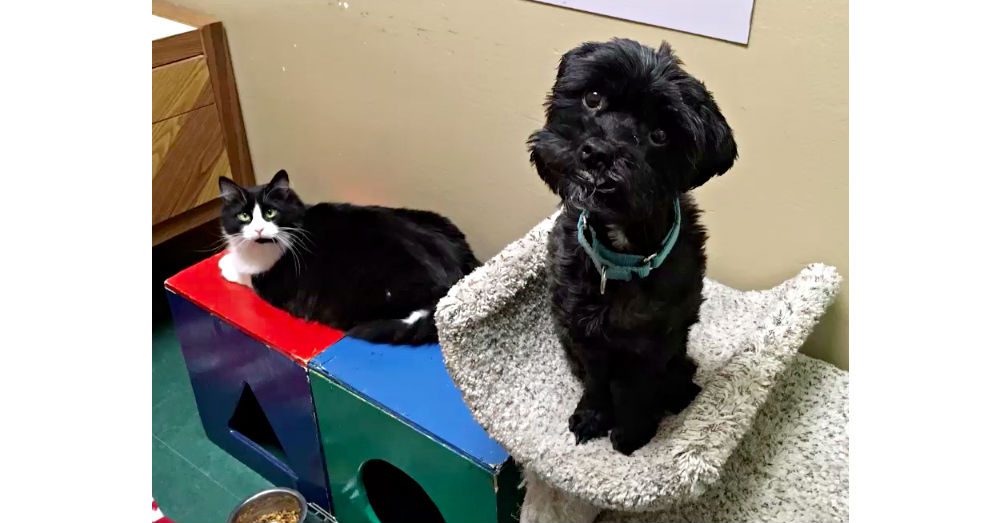 Tweaks is the entertainer of the bunch! He will wrestle around with Sasha then go over to Jack and cuddle with him. If cats aren’t supposed to like rats then Jack missed the memo! It’s a beautiful sight to see! 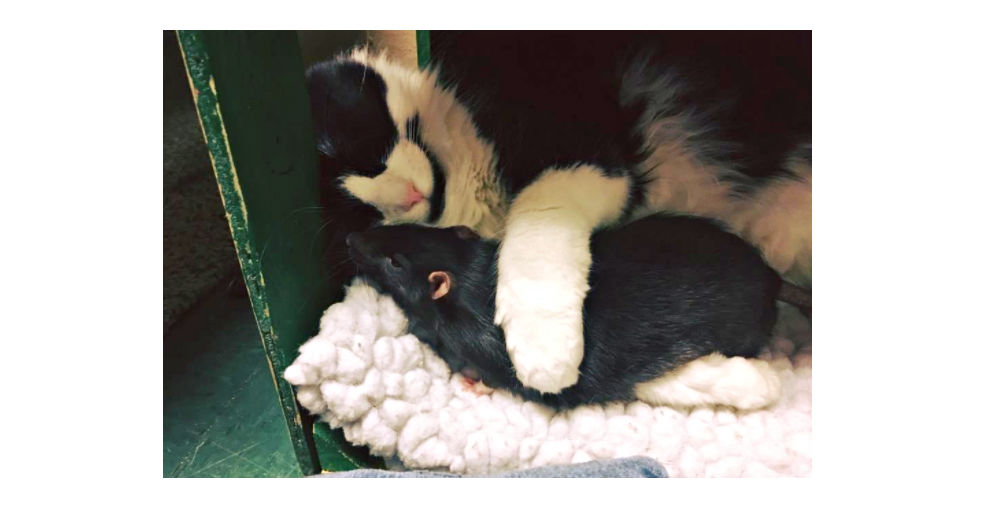 It was difficult to separate them at all at the shelter so they were given a room together. The staff nicknamed them The Rat Pack.

When Kathy Berens and her daughter came to the shelter, looking to adopt a cat and dog, the staff thought this could be their chance. Would they open their hearts to Tweak as well? 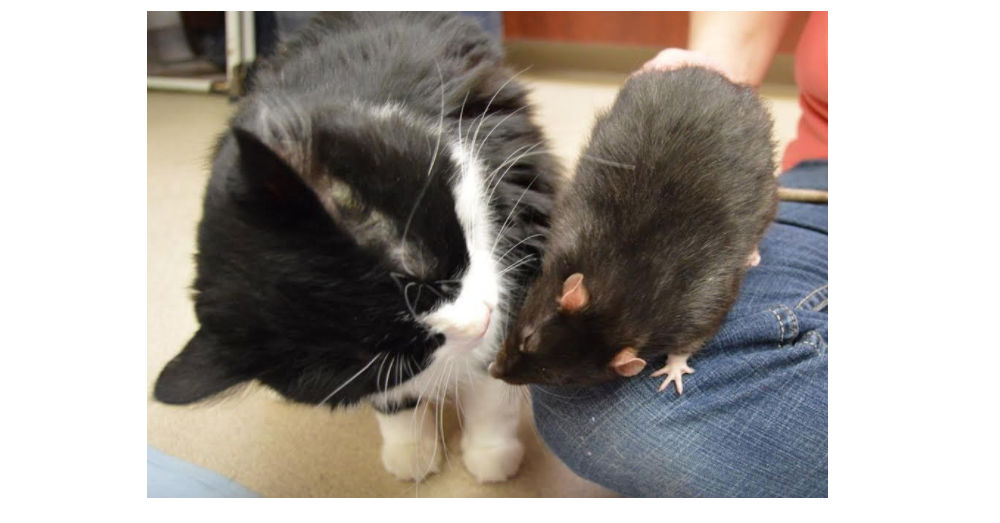 Berens had no experience with rats but when she met Tweaks, and saw the bond the three had with one another, she and her daughter just had to bring all three of them home!

Now the dog, the cat, and the rat are in their forever home, together still, living happily ever after. Thanks to a rescuer who understood that a love like this is for life!

See how cute this trio is together!!!