A tabby cat that was found after being shot in the head with a crossbow is proving to be quite the fighter.

11Alive News reports that the poor stray was found in Floyd County, Georgia, with an arrow sticking out of his head. The cat was found by a man who was familiar with the stray and often fed him food.

Floyd County rescue organization Floyd Felines and Friends was contacted, and the cat was immediately rushed to a veterinary clinic. 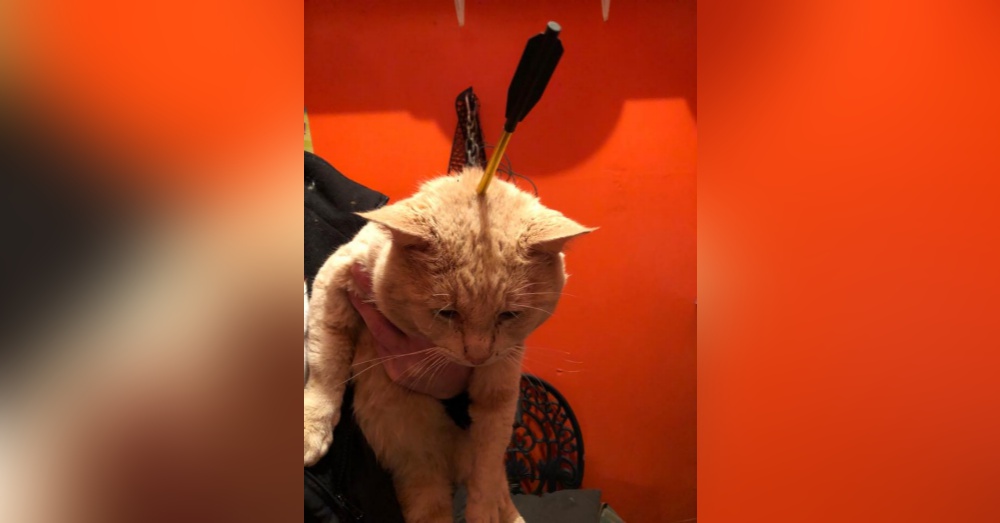 X-rays showed that, while the injury was serious, the arrow miraculously did not injure the cat’s brain. The cat is believed to have been shot by the crossbow at point-blank range. 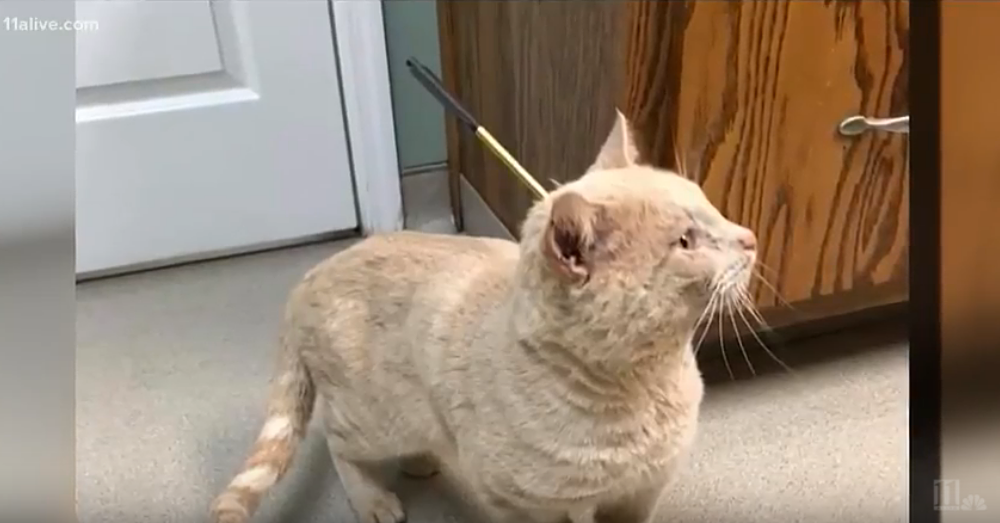 Thankfully, doctors managed to remove the arrow during emergency surgery, though the poor kitty was left with a cracked skull. 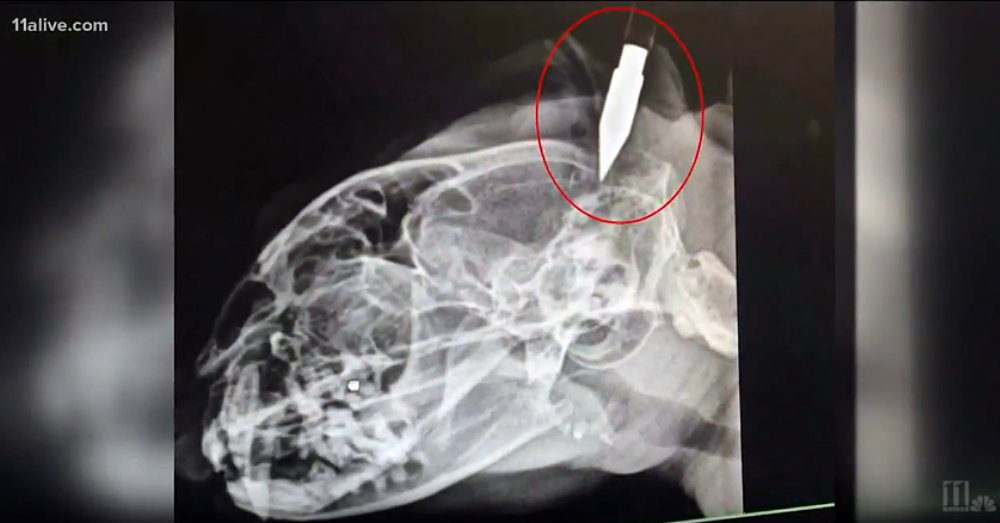 “He is not out of the clear,” Floyd Felines and Friends wrote on their Facebook page after the surgery. “He has a cracked skull and there is a risk that he could bleed. We will need to keep a close eye on him for the next few days and make sure he’s getting better and not worse.” 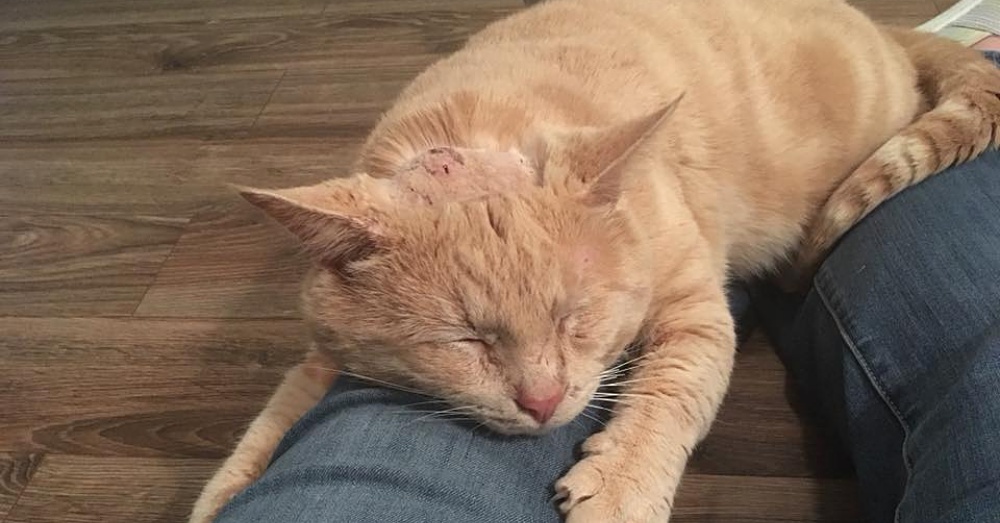 But since the surgery, the cat continued making strides with his recovery, earning the moniker “Floyd Mayweather” for his fighting spirit. Floyd was soon moved to a foster home to continue his care and recovery. 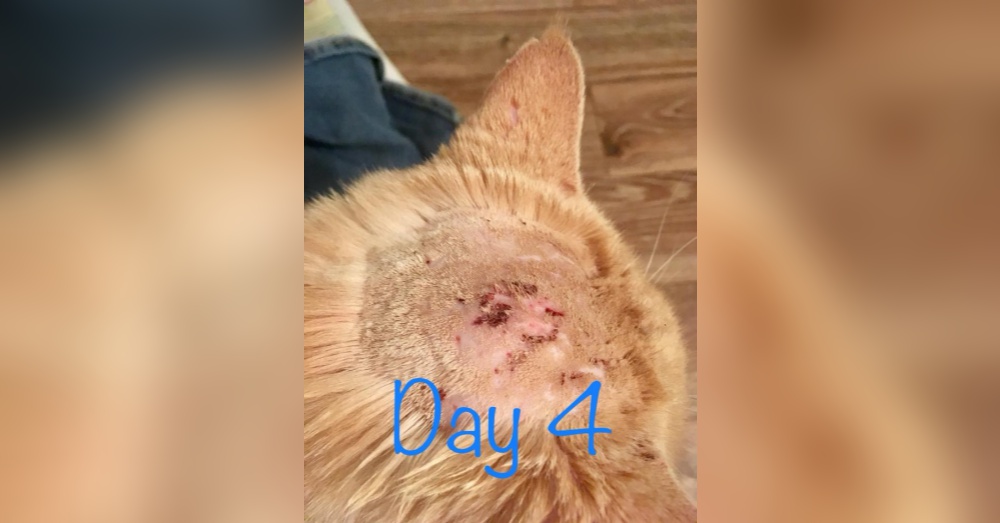 “He’s our fighter!” the rescue group wrote on Facebook. “We kept an eye on him around the clock through the night, and, as he got more comfortable with his surroundings and his sedative weaned out of his system, his true colors started to show—and this boy is PRECIOUS.” 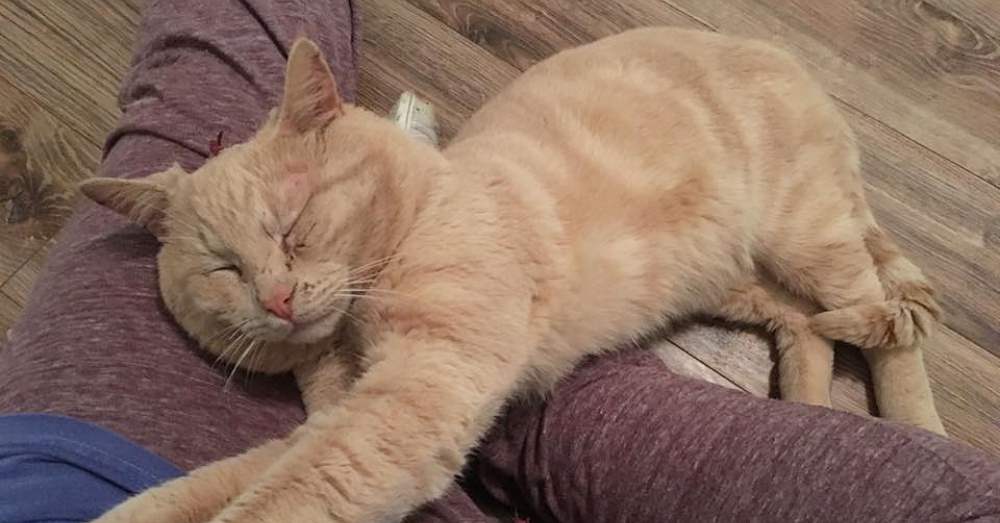 Local authorities are investigating the case and looking for the person responsible for shooting the cat.

Floyd Felines and Friends is accepting donations to help with Floyd’s treatment and care. Those who would like to donate may do so online here.

Check out the video below to learn more about Floyd’s story. Warning: the video contains graphic images.

Joe Livarchik is copy writer and editor who lives in Seattle. Originally hailing from the Midwest, Joe has a background in journalism and nonprofit work. He enjoys coffee and getting lost in the great outdoors with his fiancée.
Whizzco