A cat cafe in British Columbia had to temporarily close for a week in January 2016 because they had a very good problem—they ran out of cats. The Vancouver-based Catfe is a combination coffee shop, cat adoption center, and community gathering place, where patrons can enjoy a little feline company along with their cappuccinos. The goal of the cafe is to get cats healthy and to find them new homes.Cat cafes are an increasingly popular phenomenon that originated in Taiwan in 1998. They then spread to Japan, which now has over 150 of the shops. From there, cat cafes began popping up all over the world, with the first North American cafe opening in 2014. With cat cafes already established in San Diego, New York, Portland, Washington, D.C. and Denver, it’s a trend that doesn’t seem to be going away anytime soon. 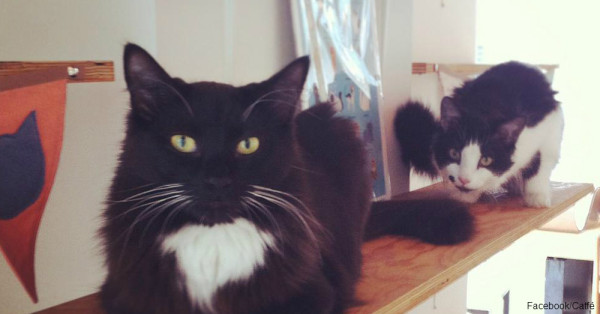 Owners say the cafes are a wonderful way to house cats waiting for adoption in a cage-free space where they can socialize with other animals and humans. Having set reservations, patrons can enjoy coffee, tea, and pastries while simultaneously enjoying the benefits of animal contact, whether they are thinking of adoption or not. The felines may be provided to the cafe by local animal rescue organizations, which select sociable animals more likely to be comfortable in the cafe environment. Visitors have to follow animal handling rules, which are set by the cafe in cooperation with health department and rescue leagues.

Vancouver’s Catfe ran out of cats after a spate of holiday adoptions during its first few weeks of operation. Bad winter weather kept the rescue organization off the road and temporarily unable to bring more kitties. However, with plenty of cats still needing homes, they reopened shortly afterward.