The next time Doug Nelson goes fishing with his family, he’s gonna need a bigger boat.

A trip off the coast of Cape Cod brought the father and his family perilously close to a great white shark while reeling in a much smaller catch. Nelson was recording video while a female passenger on the boat was pulling in her fish. Meanwhile, Nelson’s son, Jack, was leaning over the side of the boat, trying to get a better look.

That’s when the surface of the ocean erupted in violent chaos. 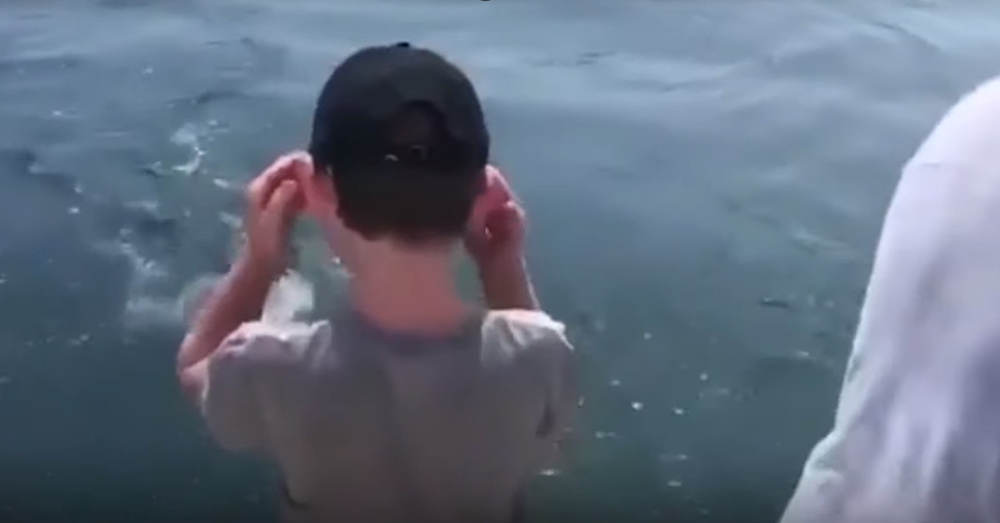 Source: Twitter/Atlantic White Shark Conservancy
Jack Nelson was near the side of the boat when the shark appeared.

A great white shark lept out of the water, took the fish and line in its deadly jaws, and coming within inches of Jack. Any closer and it could have taken the boy’s arms, as well.

In the video, Nelson can be heard in the background, voicing his excitement as the leviathan disappeared below. 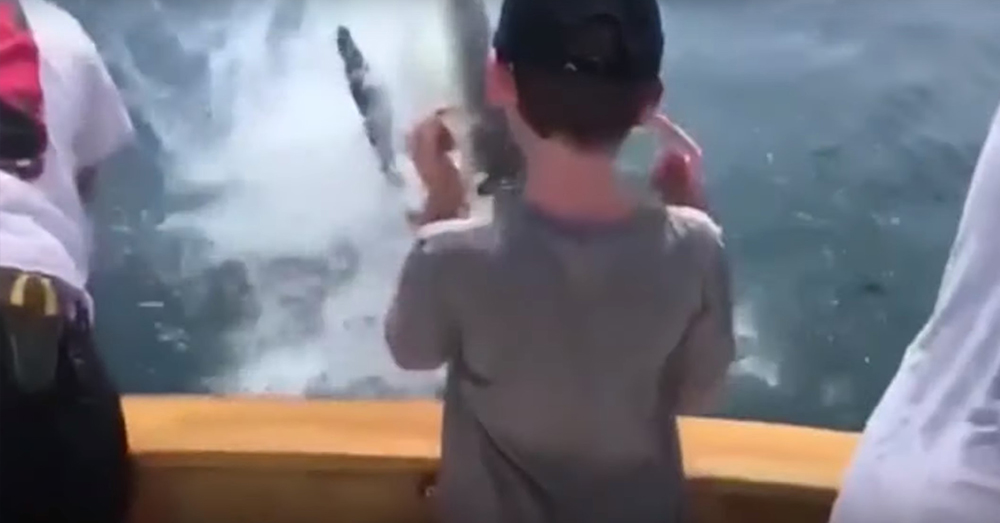 After the close encounter, Jack was shaken, but equally excited.

“Holy shizzle! Dad, that was at my fingers!” He says. “I almost don’t have any arms.”

“I didn’t know what to do. It was shocking,” the boy later told NECN.

The Atlantic White Shark Conservancy. Shared the video on Twitter. Both the conservancy and the captain of the Orleans-based Columbia Sportfishing vessel, Marc Costa, agreed that the shark was indeed a great white. 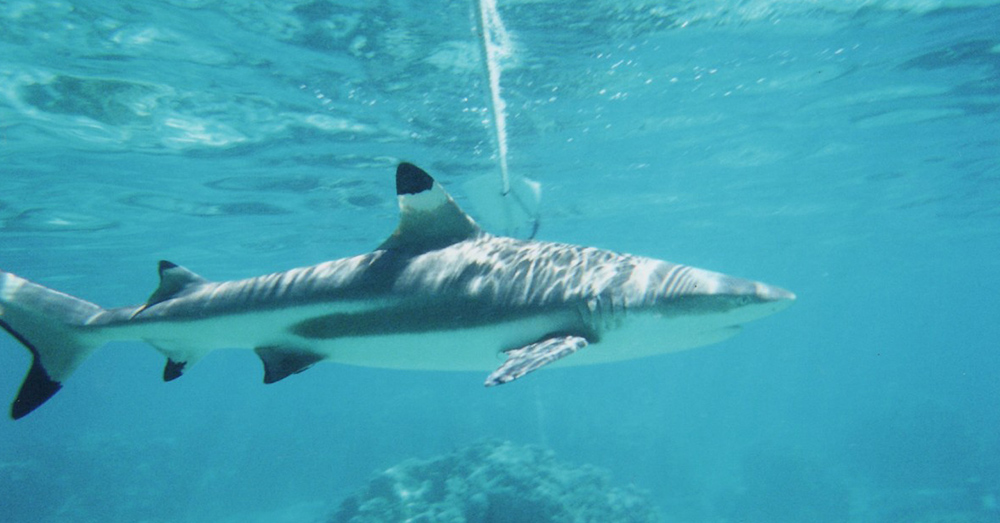 Source: PxHere
More than 100 sharks have been spotted off the coast of Cape Cod in 2019.

“It gave us a pretty good scare,” Nelson told a local cable news station after the incident.

At least 33 sharks were reported near Cape Cod in the week before this one made an appearance, NBC Boston reports, while sailors and beachgoers have reported more than 100 for the summer, prompting five separate beach closings.

Watch the incident in the video below.

Incredible footage today from Doug Nelson of Franklin, MA fishing aboard the Columbia out of Rock Harbor in Orleans. @MA_Sharks pic.twitter.com/rK3yk5j6SG

The DELTA Act Is Helping Southwest Africa Combat Poachers And Conserve One Of The Most Important Rivers In The World: Click “Next” below!