Have you ever experienced dog-ja vu? It’s the feeling you get when you think you’ve seen a dog before, but you’re not quite sure how or when.

It’s not uncommon, especially for those with only a cursory knowledge of canine fur markings. But lest you come to a rude awakening after the truth is exposed, your indiscriminate labeling lending others to believe you think all chocolate labradors look the same, take some time to learn about canine coats.

Dogs come in a variety of colors. From the deepest blacks and browns, to rich grey, hues of red, shades of gold, and even hues of blue. They can be spotted or solid, bi-color, tri-color, merle, and more.

The next time you come across a dog you don’t know, at least you’ll be prepared to identify it properly by way of this helpful guide.

Dalmatians take the top spot when it comes to spotted dogs. They’re the only dog that’s considered “spotted,” according to the American Kennel Club, but they aren’t the only ones with a natural stipple.
“The dalmatian is actually the only spotted breed,” says AKC spokesperson, Lisa Peterson. “Other breeds, like the bluetick coonhound, have a pattern called ticking.”

The American hairless terrier, great dane, English setter and Braque d’Auvergne breeds can also develop a mottled fur pattern, but their spots aren’t in as great contrast as the dalmatian’s.

Bi-color coats are one of the more common patterns of canine colorings, with just a single color dappled with white. 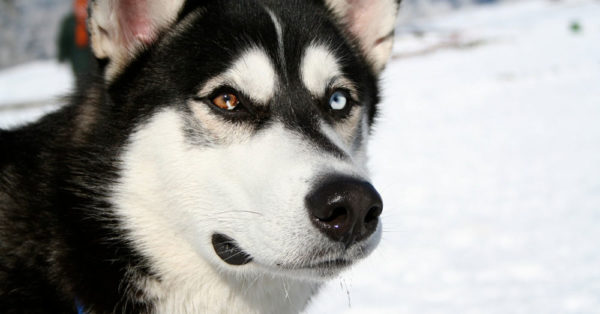 Tri-color coats are typically found with solid swathes of black, liver, and blue or white.

The Beagle is a good example of a tri-color coat pattern, as is the Entlebucher mountain dog and some collies.

As Hound Dogs Drule reports, a tri-color pattern typically involves the darker colors on top and a white belly bordered by light tan, but a two-color pattern on a white background also fits the category. 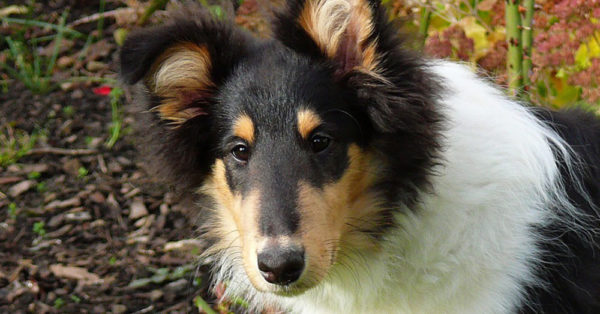 The muddy gold, brown and black tri-color pattern of a brindle dog is not easily mistaken. The colorful coat pattern is distinctive of shorthaired dogs, like boxers, Boston terriers, Staffordshire terriers, and dachshunds, but they can be found with other patterns, too.

The treeing Tennessee brindle is actually the only breed that is only found in the brindle pattern. According to the AKC, this breed was only officially recognized in 1995, but it has since drawn a stout following.