California To Build The Largest Wildlife Crossing In The World

Life can be dangerous when you are an animal that occasionally wants to cross the freeway. In Los Angeles, animals that plan on crossing the 101 freeway are in luck. According to Christopher Weber for the Associated Press, they are planning an animal overpass and it is now in its final phases. It is known as the Liberty Canyon Wildlife Crossing, a 200-foot long bridge that will help to keep lions, coyotes, deer, lizards, snakes and other wild creatures safe. Groundbreaking is expected within two years and it should be open by 2023.

Weber says that the native wildlife in Southern California will be a lot safer from the urban sprawl that has been problematic. Animals that try to cross the road directly are likely to be hit by an automobile. Most of those animals remain trapped in the Santa Monica Mountains, unable to venture out to look for mates or food.

With more than $13.5 in private funding, California plans to build world’s largest bridge over a major freeway for wildlife. In hopes to fight animal extinction, this bridge will only be the second animal overpass in the state.

Mountain lions are particularly endangered due to the limited geographic range. A study was published in Ecological Applications in March that showed the possibility of extinction within the next five decades of two isolated populations in the Santa Monica and Santa Ana Mountains.

The director of the National Wildlife Federation’s California Branch, Beth Pratt spoke with APs Weber. She said: “When the freeway went in, it cut off an ecosystem. We’re just now seeing impacts of that.”

Pratt adds, “They can’t get out of here to get dates, and cats can’t get in to get dates. … For those of us in L.A., having a romance prospect quashed by traffic is something we can all relate to.”

Weber says that, although the bridge is expected to cost $87 million, 80% of the funds will come from private sources and 20% from public funds allocated for conservation campaigns. Authorities state that the Liberty Canyon Wildlife Crossing will be more than the first of its kind built near a large city, it will be the largest of its kind in the world. 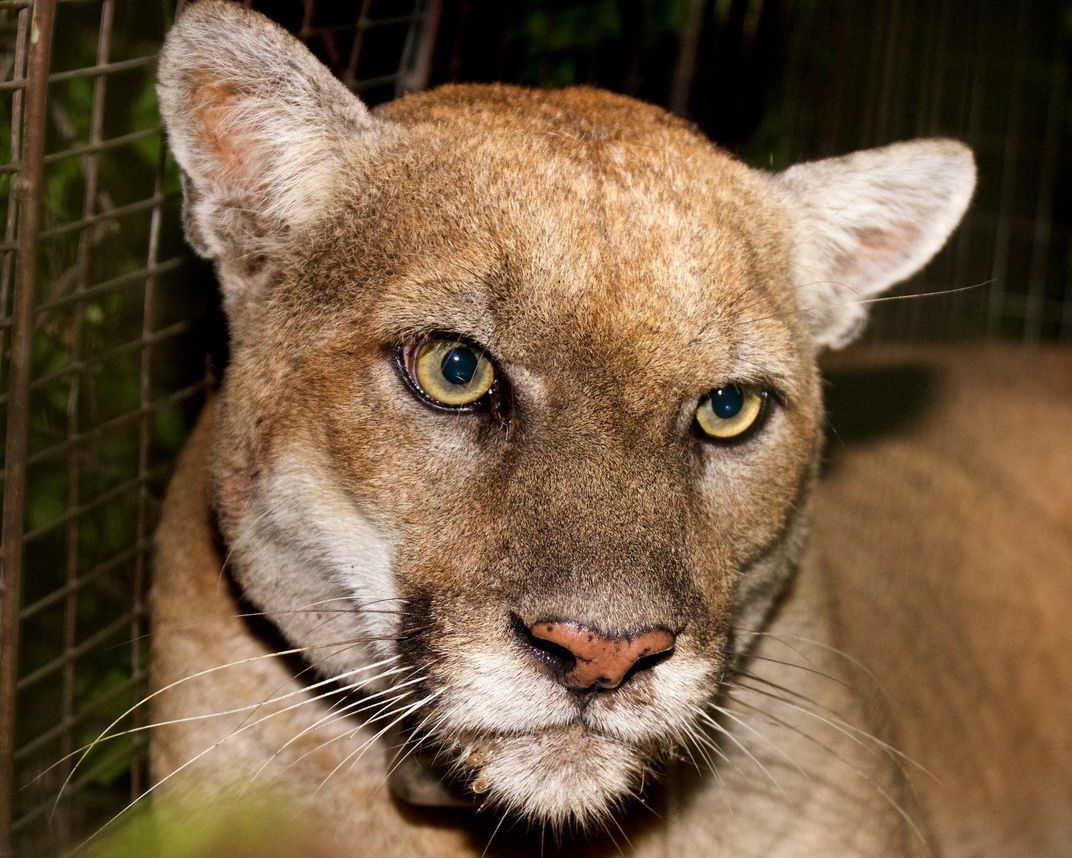 According to #SaveLACougars, the design will include a 165 foot wide by 200 foot long bridge. It is to be located near mile marker 33 on freeway 101. The bridge will stretch over 10 lanes of Highway and will include an extension above the nearby Agoura Road. A show on local radio station KCRW, Avishay Artsy adds that the extension is meant to blend into the surrounding countryside. It will include sound and light blocking barriers as well as plenty of plant cover.

Rob Ament, road ecology program manager at Montana State University’s Western Transportation Institute spoke with National Geographic’s Starre Vartan in April. He said that the mortality rate and monetary costs of wildlife-vehicle collisions should be dropped by up to 95% thanks to the under and overpasses. The concept was introduced in France in the 50s and is popular across Europe. They are also being seen more and more often in many other areas of the world. Last December, the overpass built over Washington state’s Interstate 90 had its first verified wild animal crossing. California also opened its first wildlife crossing about 60 miles north of San Diego in Temecula in October.

A male mountain lion, referred to as P-22 has become a very popular feature in the #SaveLACougars campaign. Pratt even refers to him as ‘the Brad Pitt of the cougar world.’ He lives in the park a few miles from the crossing so he probably won’t use it but he likely has relatives nearby that will use the bridge. The Orange County Register’s Martin Wisckol realizes that lions don’t cross the roadways often but P-22 did cross the 405 and 101 highways to get home in Griffith Park. Additionally, a four-year-old male known as P-61 also crossed the 405 freeway without incident.

Give it up to male mountain lion P-61! 💪🏽😃👊🏽🔥
This four-year-old cat somehow managed to cross the 405 Freeway in the Sepulveda Pass area on the morning of July 19 between 2 and 4 a.m., according to National Park Service biologists. That’s a rare and amazing feat! (1 of 4) pic.twitter.com/aSsS2LESge

The campaign record for P-22 admits that his living situation is ‘less than ideal’ since he is basically trapped in the Los Angeles Park and will not likely find a mate nearby. The report says: “Building a wildlife crossing will help other mountain lions avoid P-22’s fate.”

An architect with the Santa Monica Mountains Resource Conservation District, Clark Stevens told Weber that, “ideally, the animals will never know they’re on a bridge.”

He concludes, “It’s landscape flowing over a freeway. It’s putting back a piece of the ecosystem that was lost.”